Document Diary: Deliveries To Folks on the Hill

Since many of the folks, whom I met with in DC, are new contacts and had never met me before, I created two documents for them. The first one, which is pasted below and attached as a Google.doc here, offers a brief history of AEM. As I said already, this trip was enormously productive. I had over 10 meetings, and most of those were on the Hill. Moreover, I delivered documents, at the request of a student loan debtor, to Senator Barbara Boxer  (D-CA) and Congresswoman Doris Matsui (D-CA). I showed up unannounced to these offices, and their staffers were very welcoming. Matsui's staff was very impressive. The young woman offered to have their office reach out to this particular student debtor, and then she noted that my work was more policy-oriented.

I look forward to coming back to DC in October and hitting the halls with an army of debtors. We're going to make this happen.
Here's the brief history document. Stay tuned for the 4-page proposal on Monday morning. That will be followed by a full update of the offices I had meetings with (Also, a special shout out again to Paul Ramirez for creating such an absolutely beautiful and powerful logo for AEM. Love ya, Paul!)
BRIEF HISTORY OF ALL EDUCATION MATTERS
• All Education Matters was created in July of 2009. AEM was, and continues to be, a research-based blog that covers the following subjects:
1) higher education finance reform
2) higher education policy and legislation
3) student loan debt
4) the student lending crisis
5) economics/finance/the stock market
6) legal issues relating to universities (proprietary/non-profit)
7) employment information for millennials seeking work abroad
• AEM is a bi-partisan advocate for student loan debtors.
o Since all of these issues intersect with politics, AEM has a political edge. Being an independent watchdog and a voice for student loan debtors is my primary job. My readers are Tea Party supporters, moderate Republicans, independents, progressive Democrats, leftists, and so forth. I also work with Republicans and Democrats on the Hill to develop bi-partisan ways to address the ongoing problem of spiraling student debts. As long as a politician is willing to listen and is open to solving this problem, I don’t care what side of the aisle they’re on!
o AEM has forged strong relationships with congressional offices in DC since 2009
o AEM also works with numerous youth groups and think tanks
• In September of 2010, when I was working and in living in S. Korea, I launched an online, fundraising campaign. The decision to become a non-profit was made after hundreds of supporters urged me to do so. Within a period of 2-3 weeks, I raised $1,000 via social media (I relied upon my blog, Facebook, and Twitter).
• October 27th, 2010, All Education Matter was incorporated as a 501(c)(4) in the state of Delaware.  I am the founder & executive director. At that point, AEM’s primary purpose was to raise public awareness about the student lending crisis. While AEM still operates in this capacity, I am shifting gears. I am currently writing a book about the student lending crisis, and have drafted a multi-solution policy proposal for congressional offices to consider for new legislation. This proposal will also include pieces of legislation that are currently circulating.
• As a researcher and writer on the subject of student loan debt, I use qualitative and quantitative data, both of which have proven that the U.S. is facing a serious student lending crisis; by June of 2012, outstanding student loan debt will hit $1 TRILLION.
• I have worked with congressional offices on specific pieces of legislation which, if passed, could bring relief to millions of student loan debtors. This means that I am constantly connecting with politicians who are sympathetic to the cause.
MOST POPULAR ITEMS ON AEM (SHORT LIST):
1) “Conversations with Candidates”
2) “The Author’s Hour” – I recently launched this series in which I interview authors and experts in the fields of political science, economics, history, philosophy, etc.
3) Testimonials from student debtors – these are personal stories from debtors who live all over the United States.
4) Reporting on breaking stories related to lawsuits, the Department of Education, etc., etc.
5) Work on suicide and student loan debtors – there is a relationship between these two things, and I am currently forging a relationship with a non-profit that helps at risk youths.
6) “Indebted Nation: Letters to the President”
PUBLICATIONS ON OTHER OUTLETS [TRUNCATED VERSION]
“Call to Action: Tell Leaders in D.C. to Raise the Debt Ceiling,” Future Majority, July 28, 2011
“Living and Working Abroad: Seoul, South Korea,” The Loop21.com, July 19, 2011
“Who’s Ted Nugent?” SparkAction.org, June 29, 2011
“Illness of injury can cause ‘ruinous’ consequences for those with student loan debt,” USAToday, June 21, 2011
“Does the Department of Education have a SWAT Team?,” USAToday, June 8, 2011
“Point/CounterPoint: Pell Grants”, Splashlife, May 24, 2011
“Unemployed, educated and indebted: More Millennials seeking work outside U.S.,” USA Today, May 17, 2011
“Higher Education Under Attack: An Interview with Henry A. Giroux,” Truthout.org, April 22, 2011
“What the government should be doing to ease student loan debt,” USA Today, March 6, 2011
“How do loans affect my credit scores and credit reports?”, EduTrends, March 4, 2011
“Student Debtors in Court: Cautionary Tales,” EduTrends, February 23, 2011
“The New Indentured Educated Class: If Only They Had Their Health,” New England Journal of Higher Education, November 18, 2010
“[My education] was a mistake,” An Indentured Educated Citizen Laments Her Education,” The Center for College Affordability and Productivity, August, 19, 2010
“Student Loan Debtors Confesses: ‘I think about jumping out the 27th floor window of my building every day,” The Huffington Post, December 20, 2010
“The Plight of Current Borrowers: An Appeal for Immediate Relief,” – this paper was distributed to a town hall meeting that was sponsored by the Rev. Jesse Jackson and the Rainbow P.U.S.H. Coalition after I was unable to accept a special invitation from the Coalition to attend as a panelist in June of 2010. 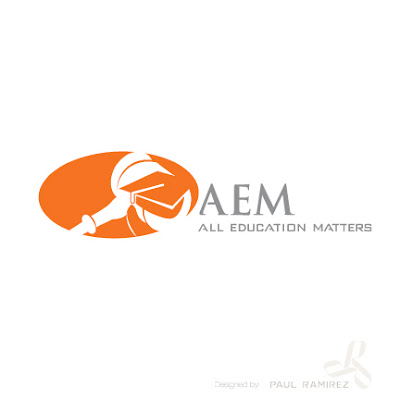 Join AEM on Facebook
Posted by Cryn Johannsen at 4:31 PM

You are my hero!

Cryn, I am my own hero, but you remind me of the heroine Eowyn...

...for the "Nazgul" here substitute "Frankenstian offspring of Neoliberals, Neocons and Ayn Rand, gestated while its "mother" Margaret Sanger (the racist-eugenicist founder of Planned Parenthood) listened to recordings of Horatio Alger stories"...