I realized it's Lent, but this blog, bless Jesus Christ, can't wait.

Ok, so with that said, I plan to discuss Class Action suits in existence, as well as ways in which how people can connect with attorneys, to seek justice against predatory lenders.

In addition, DeVos - make note: I'm coming after your activities. I mean, they all may be fine and good, fine and good, and fine and dandy, but I wanna make sure, since I fight on behalf of the indentured educated class. I got this stinking awful, awful, awful, sick, sick feeling, YOU DEVOS are not up to any good. We'll see though. We'll see. As your fave boss says. Winkyedwinkwink.

Also, Jesus would totes be on my side. :) 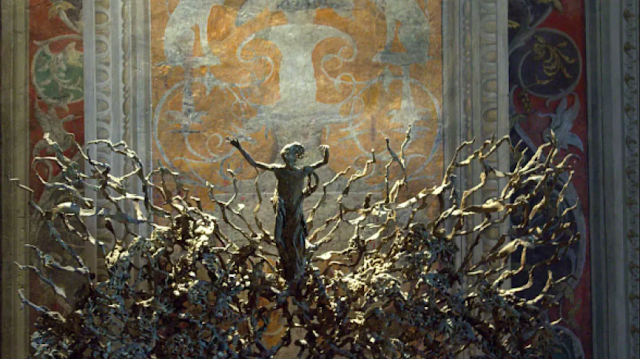 Posted by Cryn Johannsen at 2:14 AM No comments:

What Is To Be Done? Trump, the Election, and the Student Loan Crises


Ever since now President-elect Donald Trump won the GOP nomination, numerous readers, colleagues, and friends have asked me what I think he'd do about the student loan crisis if he became President of the United States. Since the publication of my book in May, Trump winning the GOP nomination, and now also winning the Presidential election, he and his campaign operatives have been relatively mum on this particular crisis or rather crises (its complexity is such that it is not a singular crisis, so I am shifting the way I describe it). In any event, I have tried to find information on actual policy plans to help understand how his administration's higher education policies would impact the following groups:


So, he has been pretty tight-lipped about the student loan debt crises. That said, when he was in Columbus, Ohio on October 9th, he said in a speech there: "Students should not be asked to pay more on their loans than they can afford.”

“The debt should not be an albatross around their necks for the rest of their lives,” he added.

With Trump's overall populist message and remarkably anti-establishment rhetoric the nation heard - quite loud and clear - from both he and his supporters, perhaps there will be policies implemented that will favor borrowers. For example, he has already said that he would make changes to the Income-Repayment program. That program of course is already in place and was launched by Bob Shireman, the former head of TICAS.org many years ago. (And, on another note, there are certainly many Trump supporters who are also drowning in student loan debt and barely making it by as a result).

What's the good news about Trump's plan to make some changes to IBR? Well, there are a few things. For starters, it means he won't be eliminating it, which is probably impossible anyway. Second, he said he'd cap repayment at 12.5% of a borrower's income.

He has also indicated that he'd like to forgive loans that are in the REPAYE program sooner than they currently are in place. His forgiveness plan? 15 years instead of 20 years. Of course, there is still that pesky tax issue, the one in which once the loans are forgiven, the IRS will come knocking on your door with a tax on the total amount forgiven, as the loans are considered a "gift." As I have said before, not to get off topic, Republicans and Democrats alike agree that this fact is a big problem. Since Trump has prided himself on skirting taxes, perhaps we could make an argument on this, well, stupid tax, and he'd help let us off the hook? Who knows  . . .

As I already predicted, given how he prides himself on not being a politician but instead a successful businessman (something that is questionable, but I digress), Trump will most likely try to radically revamp who is the service provider of loans (currently, it's the Federal Government). This means that he and the individual he appoints to be head of the Department of Education will try to privatize the student loan industry. Of course, it already is privatized due to vendors who receive lucrative contracts from the Department of Education in order to service loans.* This issue, as I discuss at length in my book, is a murky one, as the Department of Education doles out servicing contracts to private companies** such as Navient (formerly Sallie Mae), PHEAA, and Nelnet. At this juncture, it is hard to say how this plan - if even successful - would play out. One thing is certain, it won't benefit borrowers or taxpayers if it is "privatized" again. But when it comes to all these players, perhaps the big lenders are nervous with the Trump regime assuming power. Only time will tell. But I know one thing - I'd sure love to be a fly on the wall at Navient, PHEAA, or Nelnet, listening to top executives discussing what the future holds now that Trump has won the election.

One thing is certain, we won't see a debt jubilee under the Trump Regime.

At this point, seeing how all of this unfolds in the next 6 months means it is really a waiting game, whether it's related to the student loan debt crises, immigration, or anything else. That uncertainty, not surprisingly, has led to public fear and has also rocked the markets. We are all well aware now, including President-elect Trump, I imagine, that he is erratic and therefore unpredictable.

Final Thoughts and Following Up

Finally, and I am sure this will be pointed out by some of you, so that's why I am getting it off my chest now, I am being quiet on this post about the other enormous issues that deeply concern me about Trump's election, many of which are deeply personal, particularly since I am a woman, am friends with minorities, and believe in spreading love to my fellow human beings. But since I am speaking about the student loan debt crises, I will refrain in this short essay from sharing my thoughts about those other complex and extremely serious matters. Rest assured, I will write another piece to discuss those topics soon.

Stay tuned for more analysis as President-elect Trump receives the keys to the White House.

*For the sake of keeping this post on point, I am generalizing here, as there are also the collection agencies as well as the Guarantee Agencies who receive contracts, too.

**The Department of Education is the service provider of student loans. That policy change occurred with the passage of the Health Care and Education Reconciliation Act of 2010. To further clarify, this made 100% loans direct loans, thus bringing an end to the FFEL program (meaning that FFEL loans were no longer distributed after that year; however, debt owed to FFEL remain. I myself have several large FFEL loans, along with millions of other borrowers, so that debt remains on the books).

While I was headed home from a blissful wedding in Rhode Island, a place I consider home, and haven't visited in a decade, I learned that my book, Solving the Student Loan Crisis, would be appearing in an article in the New York Review of Books in October.

The article is titled, "How the Financing of College May Lead to Disaster!," and was written by Rana Foroohar. Here's s snippet:

When the financial industry—banks, hedge funds, loan companies, private equity—gets too involved in any particular activity of the economy or society, it’s usually time to worry. The financial sector, which represents a mere 4 percent of jobs in this country but takes a quarter of all private sector profits, is like the proverbial Las Vegas casino—it always wins, and usually leaves a trail of losers behind. So perhaps alarms should have been raised among both financial regulators and educational leaders when, two decades ago, for-profit colleges began going public on the NASDAQ and cutting deals by which private equity firms would buy them out. Apollo Group, the parent company of the University of Phoenix, was one of the first, becoming a publicly traded corporation in 1994, at a time when the university had a mere 25,000 students. By 2007 the university had expanded to 125,000 students at 116 locations. This was growth pushed by investors who viewed students as federally subsidized 'annuities'  that, via their Pell Grants and student loans, would produce a fat and stable return in the form of tuition fees.

Foroohar discusses six other books, along with mine, in this piece. You can read the rest of it here.
Posted by Cryn Johannsen at 7:37 AM No comments:

We need a debt jubilee now to help BOTH borrowers and taxpayers.

Here's the story from CNN. This means if she gets into office, we push even harder. We push for this promise to be fulfilled and much, much more. We push for changes, immediate changes, for those of us who are part of the indentured educated class.
Posted by Cryn Johannsen at 4:42 PM No comments: