Indebted Nation: Letters to the President

As many of you are aware, by June of 2012, outstanding student loan debt will hit $1 trillion. As Arianna Huffington recently said on MSNBC, the situation is an "epidemic." It's so bad that 245,000 young college grads are turning to the escorting business to pay for their student loans.

Instructions (Please read carefully before sending! There are 5 easy steps):

(1) Copy and paste the letter below (here's a link to the Google Doc), and email it to public@who.eop.gov.

(2) In the subject line, write, "From All Education Matters, and on behalf of the indentured educated class." We want to let the White House know that we are united, so that's why the subject line, and having it be exactly like this, is important. I also encourage you to add your own points (separately, i.e., please do not alter the content of the letter I have drafted), but the document is there to show that we are doing this collectively.

(3) Why not send it by snail mail? Many have asked me why we send emails instead of snail mail. If you wish to also send the letter via snail mail, that is great! However, it will take at least 6 - 8 weeks to process. As many of you recall, there was an anthrax scare shortly after 9/11, and that changed the way letters were processed and delivered to government offices and so forth.

(4) Please cc your Senators and Representatives via email. If you don't have their email, just give their offices a call. Tell them you have an important message for your Senator/Congressman/Congresswoman.

(5) Finally, please cc me (ccrynjohannsen@gmail.com) too. I want to keep track of how many letters are going  out to the White House and your congressional leaders.

Are you fired up, and ready to go? I know I am! 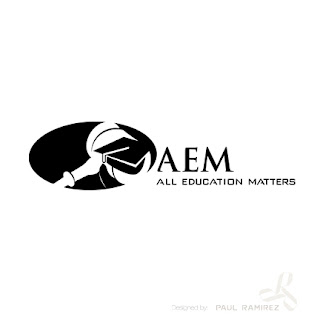 We – the indentured educated class – are writing to let you know that we are united and ready to take back our future.  We are acting, but we need our leaders to step up to the plate and act, too. That means not just for moneyed interests, but for struggling, average Americans. We cannot afford to attend campaign dinners for $35,000 a plate in California or New York. We are the Americans you inspired in your first campaign, and we need to know that you are looking out for us.

You spoke quite a bit about student loan debt before you were elected, Mr. President. In your first State of the Union Address, you said, “In the United States of America, no one should go broke because they chose to go to college.”

Lately your speeches have been liberally peppered with references to the poor, or the working and middle classes. But frankly, talk is cheap, and we're all waiting anxiously for action. In order to truly help us, Mr. President, you must implement policies and laws. By referencing us in your campaign speeches, you treat us like a cheap, commodified platitude. But you and I both know that we are much more than that, and I am sure you do not think of us in such a negative way. We used to be your neighbors. We used to be your friends. Have you forgotten the indentured educated class, now that you have paid off your own student loans and live permanently in D.C.?

We turned out in great numbers to volunteer for you in your first election. We knocked on doors. We called people. Even though we had no money, we donated. We have seen very little results, and we are growing impatient.

On behalf of the indentured educated class, AEM is going to start sending you an official letter each week. In every letter that AEM sends to you, we will quote a specific individual’s thoughts about the student lending crisis.

Here’s what Tina Love had to say about the situation recently:

Why don't those in DEFAULT start writing Obama asking him to use his Presidential Pardon to forgive them? If Presidents can forgive criminals, why not deadbeats like student loan debtors who can't pay - and I say "deadbeats" in jest! We all know that when people find themselves with insurmountable debt it is because of bad or misguided decisions - but who would have imagined that getting an education would be a bad decision?!? To think all debtors have a way out in bankruptcy but the student loan debtor must be quadriplegic or in a coma for 10 years before a judge can decide that perhaps is  asking too much to make you pay!

We look forward to developing a relationship with your administration, Mr. President.

Posted by Cryn Johannsen at 9:41 AM

I'm pleased that you're doing this Cryn. Maybe you can add this to one of your follow up letters:

Congress has the power to condition grants of money on states. That being the case, Congress should be capable of imposing a cap on the amount of tuition increases charged by public and private schools based on the argument that they are obtaining, albeit indirectly, federal monies in the form of student loans.

All Congress has to do is say to schools (public and private) is: If you raise your tuition by more than 3% in any year, your students will not be eligible to receive federal student loans and in the process you will go bankrupt in short order. Hoping you might be able to incorporate this type of proposal in a subsequent letter.

I'd be delighted to add that to a letter. Would you mind emailing this to me, so I can put it in the appropriate folder? My email is ccrynjohannsen@gmail.com. Your points are important, and I want them to be sent to the WH. Thanks.

Cryn, you are performing a public service and a great work. Keep up the pressure on this avowed "public servant."

The letter contains a typo, inpatient instead of impatient.

I think this is a great idea, however I don't think many will do all the work necessary to actually send it. Why not use a petition site or perhaps there is a plugin you could use, I know there's petition software for wordpress, but I'm not familiar with blogger capabilities.

Thanks for your work and please consider using a friendlier method, I know from petitions I've done it is hard enough to get any to participate when all they have to do is fill in the personal information. Best of luck and keep up the fight!

Thanks Cryn. This really didn't take too long. I emailed the President per instructions. I found contact forms at the web sites of my Senators and my House Representative. I filled out the forms and introduced the letter saying it was the copy of a letter that we sent to the President. Can't wait to do this again next week!

I emailed the letter and copied you. One cannot copy my representatives as none of them will provide an email address. The way they get email is via a form on their website. They don't want to make it too easy for you I guess.

I sent it to the President, but I too only am able to send emails to representatives through a form email. Could a version be composed that we can copy and paste into the form asking them to support us and our plea to the President?

Thanks for all you do!