Phase II: How An Entrepreneur Has Inspired Me to Fight Even Harder As An Activist

I am working closely with a successful, small business owner on ways in which to push our agenda in D.C. This business owner was an engineer (he has a degree from M.I.T.), and was in that industry for years. But then he decided to leave his job behind and start his own business - he is a model entrepreneur, and has given me a great deal of hope when thinking of the possibilities of growing AEM. His business was launched from the garage of his home over 10 years ago, whereas my non-profit was started out of a studio apartment in South Korea. He now employs over 20 people and successfully opened a small office in D.C. (it's currently a one-person operation). If AEM could ever get to that point, I would be ecstatic! Perhaps I shouldn't say "if," but use the word "when" . . .

This business owner recently wrote me a very moving letter, and told me that the primary reasons for starting his business were to provide jobs and good health care for people. He wanted to create a place of work that would inspire people to work hard and bond. He told me to keep fighting, and assured me that I was doing the right thing. How awesome is that? He specifically opened his own business to offer people work and health care. We need to be supporting more small business owners like him. Sadly, we're so off track (at least when it comes to our politics and business culture), and most of our "leaders' would rather prop up big biz. I won't go into the reasons why. We all know why.

In any event, this small business owner is enormously supportive of AEM and my work. In addition, he has a great deal of sympathy for student debtors, and knows that people are struggling financially as a result of pursuing higher education. As I said, we have had frequent phone calls and discussions about ways in which to push politicians to act in a way that will help student debtors.

These talks are helping me devise new strategies for a proposal that will be more appealing to Democrats and Republicans. Before I got to DC on the 21st of August, I will draft a proposal for all the folks whom I'm meeting with. (Once I have drafted it, I will post it here). If you have any suggestions for getting these folks on our side, please don't hesitate to share them.

I also want to thank all of you who have sent the first letter to the President. That piece was an enormous hit. It was re-tweeted by several media outlets (The Nation, Truthout, etc) and journalists. It was also re-tweeted by hundreds and hundreds of other people.

One woman has already heard back from her Senator. It's not the best response, but it is a direct response to the letter. That is a good sign. In the very least, we're being heard. That counts for somethin' in my book.

Finally, I want to thank all of you who have spent countless hour on the phone with me. Not only have you opened up about very personal and painful things, but also shared amazing ideas about ways we, as a country, can solve the multitude of problems we face. I am always inspired after these phone calls, and am greatly appreciative to those of you who stay in touch with me on a regular basis.

You allow me to keep a pulse on how the American people are feeling about things. While you are scared about an uncertain future, just as I am, you are also willing and ready to sacrifice things to make this a better place. Let's be honest, America is not what it used to be. Things we fought hard for (collective bargaining rights, decent wages, etc., etc.) are being taken away from us. Moneyed interests dominate. We live in an oligarchy, and most of our leaders subscribe to a neoliberal ideology. The 'golden age' has passed, and things, for the majority of people, have gotten much worse. But we will get through these crises, and we will do that collectively.

I am not talking merely about hope. I am talking about practical steps that will lead to results and change for millions and millions of student loan debtors. We need results. We need them now.

AEM, and other activists, have diagnosed the problem and the symptoms of that problem. While we must keep telling our stories over and over and over again, AEM's policy approach has moved to phase two - a multi-faceted proposal that solves the student lending crisis. Politicians are behind, so we'll need to get them up to speed! 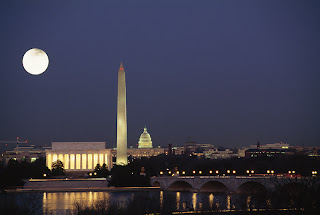 Posted by Cryn Johannsen at 8:26 PM