When a trip passes, whether for business or pleasure, we oftentimes have difficulty recalling the specifics of how we spent our time away from home. However, there are occasions when nearly everything comes into sharp focus in your memory’s eye. My recent trip to D.C. stands out in clear, bold, and memorable images.  The conversations were productive, intense, and infused with hope. Yes, I said hope.

Although there are terrifying things occurring in this country, and many politicians in D.C. are destroying our democratic institutions, my recent talks reminded me of how powerful  (in a positive way) our institutions can be – if supported and operated properly – for average Americans. It was also an important reminder that, while there are plenty of politicians to blame, government is not the problem. It’s outside influence that has corrupted our democratic system. That’s the problem.


I reconnected with a number of folks whom I’ve already met with. Those meetings were rewarding, because they were longer (one lasted over an hour), and I felt that wonderful sense of familiarity – we both felt that way, or so it seemed. I value those relationships and those offices enormously. These people and their bosses are definitely concerned about student loan debtors, and AEM’s mission.

I also met with a lot of new folks, and I look forward to meeting up with them again in late October.

Here are just the highlights of a very busy trip:


Folks on the Hill

As many of you know, I delivered several documents to these offices. The first one outlines the history of AEM. The other piece, “Higher Education Finance Reform: Accomplishments + Multi-Solution Approach to Truly Tackling the Student Lending Crisis,” is 4 pages long, and broken into three categories:

I. Accomplishments – things the administration and government have done to help current borrowers

When I return to DC in late October, I will have a different proposal that will be bolder. I encourage you all to provide me with feedback and suggestions. After all, AEM is about your voices. So if you have ideas that could be applied to legislation, let me know by emailing me here: ccrynjohannsen (at) gmail (dot) com. As you’ll see in the last section of the proposal, there are ideas from a number of people, including  Bob Krause (@KrauseForIowa), who has already had an illustrious political career and isn't done yet! Again, ideas come out from the creative collective, and that is how things truly get accomplished and problems are solved. They aren’t devised in one person’s brain. AEM serves as a meeting point for all kinds of folks who are eager to solve this serious problem together.

I also had the pleasure of meeting with folks who are part of two of my favorite non-profits. The first meeting was with a great person who is at SparkAction.org (@sparkaction). (Pssst! If you haven’t signed up for their newsletter yet, check ‘em out!) I also had breakfast with Raymar Hampshire, the CEO & Co-founder of SponsorChange.org (@sponsorchange). I have known Raymar and his crew for over 2 years. I recall talking to him in S. Korea and saying, “we’ll meet at some point. I am not sure when, but I’m determined to meet you.” So, it finally happened, and in the right place, too. I am excited about all the great work Sponsor continues to do, and I look forward to seeing where they head in the next few years. (Pssst! Again, if you haven’t explored Sponsor, I encourage you to do so now).

Well, that pretty much sums up my trip to DC. As I have already said, it was enormously productive and memorable. I am excited about returning in late October. With your support, it will be possible to cover the cost of metro and food. So, if you can, I hope you’ll pitch in a few bucks. Every dollar counts!

Hopefully there won't be an earthquake, and I won't feel like I'm fleeing a hurricane when I depart this time around. 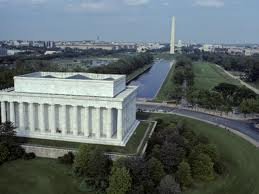 Posted by Cryn Johannsen at 2:39 PM

You are performing a great work, Cryn.

Good on ya, Cryn!

But meanwhile, vis a vis your trip to DC, I imagine YOU as "Gandalf", and I imagine "Saruman" as a collective personification of all three branches of the US/Mordor Federal government...

...(and to make it even MORE personal, I imagine Saruman as Obama! Because Obama has SOLD OUT to Evil, lending his name to murders!)...

Further (re my prior comment) re the symbols of Tolkien's very Christian epic:

2. (The second and final five minutes, especially relevant to AEM!):