The Author's Hour: Jon Chattman's Passion for Pop Culture, Humor, and 'Staches (Before They Were Cool)

The Author's Hour will entail interviews with  authors who are already published or on their way to being published. The subjects will be wide ranging. We'll talk to experts from the fields of economics, history, sociology, political science, philosophy, literature, etc. The intent of this new series is to connect with authors whose work intersects with my own. This way, it will allow me to introduce my readers to other authors who are:

Our next guest is Jon Chattman. Jon is a regular contributor to The Huffington Post, and also runs an awesome website dedicated to pop culture called The Cheappop.com.

JC: I was a chubby kid raised in Yonkers, NY who always loved going to movies - so much so I started writing down each film I saw in the theater and wrote reviews since 1988. I went to school at Pace University and received a BA in Journalism.


CCJ: So, you majored in journalism at Pace University. What steered you in that direction?

JC: I always loved to write. It started with short movie reviews as I mentioned but expanded in high school where I loved to write essays in English and Social Studies. Any test that came with an essay - which was most - I knew I had a shot of a good grade. I was a master BS artist who could string a one-note premise into a three-page essay that manipulated teachers into giving me a good grade. OK, perhaps I'm selling myself short. I majored in journalism with the goal of becoming a hot-shot film critic one day. Once I entered the real world, I changed my mind and decided I'd much rather interview interesting people beit film or music. My approach has and always will be to interview celebrities as if they are normal people - because, you know, they are.

CCJ:  I appreciate the fact that you approach celebrities with this attitude. That is why I really enjoy reading your interviews with those folks.

Switching gears . . . As you know, I am an advocate for student loan debtors, and run a non-profit that represents them. A lot of folks who are graduating from college are finding it very difficult to land jobs. Do you think that is true in your industry, ie is it harder for people to find jobs? If a recent grad asked you ways in which to break into the journalism industry, what would you recommend? (Obviously, technology also plays a role in how the industry has changed, but the economy is another big factor).

JC: First off, I'm an advocate for student loan debtors because, well, I'm in debt with my college loans. I really think student loan forgiveness of some kind is warranted given today's economy. To be paying for my education still is an insult. As for journalism in this economy, I think it's difficult. If anyone asked me if they should break into the industry, I'd tell them not to. I'd tell them to major in something else while still pursuing journalism. With the Internet, credible journalists are now in the minority. There are way too many opinion pieces being perceived as news, which is sad. I've found most people want a short cut to success rather than paying your dues. Creating a blog, in a way, short cuts the process. I love blogging but I've paid my dues and have a degree. Does that make sense?

CCJ: Absolutely. That makes a lot of sense. The Internet is a double-edged sword when it comes to journalism, and I agree with your points.

As we have already discussed, you interview a lot of interesting celebrities, and run a great website called TheCheappop.com. Tell us what that is like? How do you interview you them? What's your approach?

JC: I created TheCheapPop in 2005 as a way to interview celebrities on the side while I worked an unrelated 9-5 to pay the bills. It's grown from a humor site centering on celebrity mustaches to a celebrity-interview site with a focus on indie rock bands. All my questioning, as mentioned, is informal and low key and aimed to put the interviewee at ease. I like to mix it up also by asking talent questions they're not normally asked. Sure I ask the 'necessary' questions but a few curve balls are fun.

CCJ: And you're definitely good at throwing those curve ball questions, Jon!

Returning to the subject of education, do you think it's more difficult for educated people to pursue careers in the entertainment industry? Why or why not?

JC: Kim Kardashian's success bothers me. Big time. Has she accomplished anything in her career besides being born into money and making money off of being in a sex tape? I don't think it's more difficult for educated people to pursue careers in the industry, but I do think that untalented people reign supreme in it.

CCJ: Well, that is somewhat promising. It's good to know that educated people can still succeed in the entertainment industry, but also depressing to think that untalented people dominate. Kim Kardashian is a great example of that. Yikes.

A few years ago you and your friend Rich Tarantino wrote a funny book about Sweet 'Stache. What inspired you to write this book?

JC: Sweet Stache was released a few years ago. I had the idea for the book because a mutual acquittance had a stache at pre-30.  We both thought it was strange, and I thought it was necessary to write a book about mustache'd men who just happened to have a stache rather than growing it to be ironic or hip. The book was written pre-Borat and before My Name is Earl. I take pride in that. Nowadays, everyone is on the 'mustaches are cool' bandwagon which cheapens it. On a related note, Rich and I along with his brother Allie just wrapped up a book on the Red Sox/Yankee rivalry. It'll be funny and Yankee fans will hate it.

CCJ: Well, the hipster persona has been commodified, and I think that's what you're getting at.


Let's return to education again. why do you think education is important, and how has it informed the work that you currently do?

JC: Since I'm paying off my student loans I really question why I went to college in the first place to be honest. I know my journalism degree helped me land various jobs in my career and it meant a lot to get it, but to be honest, your future shouldn't be handcuffed because of your past. I feel like I'm being punished for getting a higher education with all these college loans I'm paying off.


CCJ: I agree wholeheartedly. Just yesterday I told my aunt and uncle that I want my future back, and I am not happy that it has been stolen from me. It's ridiculous.

Well, Jon, thanks so much for sharing with us. I will continue to follow your work, and really appreciate everything I've read thus far!

If you are an author and interested in being featured in AEM's new series called, "The Author's Hour," please send me an email - ccrynjohannsen (at) gmail (dot) com. 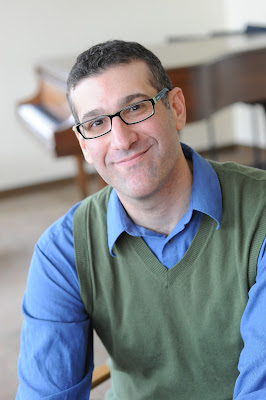