Pillow Talk for Tuition: Guys Are Doing It Too - They're Seeking Sugar Daddies To Pay Off Their Student Loans!

So, Arianna Huffington was interviewed on MSNBC and discussed the student lending crisis. In that clip, which AEM wrote about, she told Lawrence O'Donnell that 245,000 college grads were seeking sugar daddies to pay off their loans. Well, the HuffPost has come out with another piece about men doing the same. (I don't cross picket lines, and don't appreciate the way the HuffPost treats their writers, so if you want to look up the piece, just google it).

But seriously. Who's surprised?

This is AN OUTRAGE. This is a national tragedy. It's obscene and twisted and wrong. I support sex workers, but people who are trying to go to college should not find themselves turning to SEX to pay for their tuition or for their student loan debt. What kind of country puts people in that sort of position? 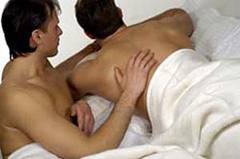 It's better than being the next meat-puppet to be exported to another country to fight thier wars.

Student debtors do that as well. Both are wrong, and I've written a lot about those who have gone to war to pay their debt. I just heard from a woman who told me she had her "head blown in," and that was how she got her debt forgiven. That's absurd.

My encounter with polio was a preempted strike against my joining any armed forces or paying for anything by fighting anyone's war.
I find this outrageous.