Lawrence O'Donnell interviewed Arianna Huffington last night to discuss the disastrous debt deal that the President helped implement. At one point she said he needs intense therapy, because it makes no sense politically or economically.

But here's what is most disgusting, and something I've been writing about for nearly 3 years - the student lending crisis. She brought it up, too.

Huffington referred to a recent article that was written in the Huff Post about young, college grads seeking "sugar daddies" to pay off their loans. She called it an "epidemic," and then mentioned the dreadful $1 trillion in outstanding student loans (we're not there yet, but we will be by June of 2012).

Here are a few highlights:


You got that right, sister! And I am going to deter young voters for endorsing his neoliberal agenda.

She went on to say, "[The debt ceiling deal] is disastrous for the country. I mean that pain that is out there is really palpable. With almost 25 million people unemployed or underemployed, you have a horrible story in the Huffington Post yesterday. You and I have daughters . . . and . . . the fact that 245,000 students are now registered on a site called . . . trying  to find arrangements to find Sugar Daddies . . ."


That's right, folks! These 245,000 recent grads are escorts. Hell, let's call it what it truly is - they are becoming PROSTITUTES. (I think that it is important to use that term, because it's honest. I do not, in any way, wish to vilify sex workers. But it is clear that in most cases they are victims of a vicious system. If it were up to me and I could push this option in some way, they'd be unionized, like they are in France. But we don't even like our teachers or janitors to be unionized in this country, so that probably wouldn't ever fly. That's thanks to Reagan, bustin' up the unions).


At that point, Lawrence O'Donnell told her to stop, but she insisted that it was important. He agreed.


She continued, "it's not like a few thousand women. We are talking about an epidemic of kids who are graduating from college, cannot pay for their college debts . . . we're already at a trillion dollars, more than credit card debt."


For the full piece, go here.

I have heard from someone in the Atlanta area who knows of a PhD student who is an escort. I was told she was not the only one. He knows of at least 20 graduate students who are doing  the same.

When I discussed this crisis with someone via Twitter yesterday, they asked a good question,  "what do you suppose the men are doing in this situation?"

I said, "I'm not sure. Perhaps some of them are doing the same thing."

It appears that you probably make more money with a fancy-pants degree as an escort. Your customers like that you can talk about philosophy or mathematics or whatever. This is truly deplorable, and shows how destructive the student lending crisis has become. We're turning out grads to become call girls?!? This is what a degree gets you these days?!? 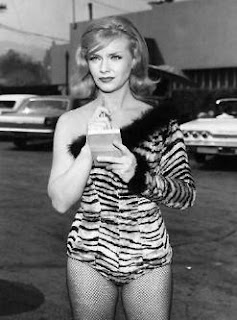 I have never paid for a date, or for sex, or a massage etc etc.

And let's call Hugh Heffner what he is and stop lying to ourselves as we have been since the 1960's:

In all honesty, this isn't surprising to me. In the face of utter poverty, (with too much pride to look for assistance), people will do ANYTHING to get a buck. I do mean anything.

Recently, I had a neighborhood kid mowing my lawns for 15$ a yard. While supervising, I had an adult come up and offer to mow all of them for 10$ each.

It has gotten to the point where adults are hustling for the jobs that were once done by kids on summer break for a few bucks before school started....

Keep spreading the word. Lemme know what I can do to help.

A modest proposal: wait and then make some soylent green, others soylent blue.
-- a modern Johnathan Swift.

That's got to be the worst placed "but" ever (unless of course he means problematic because he can't stop doing so)... Kind of like saying "Hey I may be a prude, but I've never had sex or anything like that...

So I guess these young women are forced into what sounds like a rather lucrative form of prostitution by student loan debts? Gee I wonder how the majority who don't have the option to slang their ass (you know, males, the unattractive, older students) pay off their student loans?

1. Cryn wrote, "Happy Birthday, Mr President." In context of her blog post, I infer she was alluding to JFK's concubine Marylin Monroe: http://www.youtube.com/watch?v=k4SLSlSmW74

3. I'm impressed, but not surprised, that my fellow-Catholic Cryn advocates unions and other legal protections for professional prostitutes. It is in fact perfectly in accord with Christ's teachings to do so, for several reasons including:

a. Prostitution is one of the least of sins, especially when done under economic duress, and Jesus was especially compassionate toward prostitutes;

b. One of the "sins that cry out to Heaven for vengeance" is to deprive a worker of her just wages.

And more of what I would call "erotica", and to my mind and body this is exponentially sexier than anything Hugh Hefner's defective imagination has ever produced: http://www.youtube.com/watch?v=wlvzGT1Ta2w

While I'm glad you both have your own religious views, let's not forget that this nation was settled to some degree in freedom of religion. I, for one, have great respect for these woman having the gumption to be able to do this, especially when it is one of the most dangerous professions in this country. With the same regulation as some of our European neighbors, I believe it could be a safe, fun, and productive career. Our country needs to open up their heads a little bit and get some advice from the rest of the world.

I'm with Cryn, I truly believe there is no shame in being paid to do what you're good at. CEO's of banks made billions by screwing people, why can't these women do the same to pay off their loans? They're doing it to relieve suffering, not create it. If there's a huge, limitless market, why isn't there something catering to it?

Sarah - I am not criticizing these women for becoming escorts. Not in the least. But our government should have passed a damned Jobs Bill a long time ago, so that these young grads would have other options. I would imagine that many of them do not really want to be escorts to pay off their loans. I think they must be tough as hell for making the decision, so I back them. But there should be better options for them. That's why it's so disgusting. THIS SYSTEM has created the crisis. Now it's time to solve it.

PhD's being reduced to prostitution is just one more piece in a large pile of evidence that our nation is slowly transforming into a third world country.