Assessing the Integrity of Individuals and Institutions Connected to Higher Education

As an advocate for student loan debtors, I've been around the block more than once. That means I've gotten to know most of the players, as well as the victims, in this scheme. This evening I went to do some investigative research at a Baptist Church. I signed up to listen to someone talk about all the ways you can save money when you send your kids to college. I was polite, took my notes, and pretty much listened. However, I did want everyone in that room know that by June of 2012, outstanding student loan debt will hit $1 TRILLION.

When this college guidance guru asked the crowd how much a year of tuition, plus living expenses, and books cost, a lot of concerned parents threw out very accurate numbers. (This was not a dumb crowd, even though the speaker, to some degree, spoke down to us). Nope. These folks were smart, and knew a thing or two. So, once a few people tossed out the overall cost to attend University of Texas at Arlington, Baylor, SMU, etc., for one year, I added, "well, this figure says something. By June of 2012, outstanding student loan debt will hit $1 trillion."
I am pretty sure I heard someone gasp in the room.
The guru blinked and said, "we have someone who's really informed! Where did you get that number?"
I said, "are you familiar with Mark Kantrowitz and Finaid.org?"
The guru indicated that he was familiar with Finaid.org, but I am not sure if he knew Kantrowitz's name. (For those of you who aren't aware, Kantrowitz is the go-to guy about college loans and so forth. He deals more with the front end of the problem, and not its aftermath. He's regarded as THE expert in the field, and is quoted in just about every article on student loans, student borrowing, etc.)
But why would this guru assume that we were all uneducated about the cost of college?
I have to collect my notes. There will be a follow-up about the guru and his advice. My first impression? I'll admit, I am quite leery about these types of folks, but perhaps I'm wrong. This particular guru had been a photographer, until his business in advising parents with college bound students went "gang busters" recently. That's what he told the small audience of 18 people.
I also found it frustrating that he was not forthcoming about his fees. I mean, why not?


When I first asked via email, he wrote me right back and said, "Don’t worry about our fees. They’re outrageously high and you’re probably not going to hire us.  That’s why we do these free public workshops." I asked him again, and he finally told me. They charge between $2,500 to $4,000, and I am not sure why. It seems if you did your own research on how to borrow, you wouldn't have to shell out that dough to someone in his area. I also found it strange that he initially refused to give me an estimate, and told me that I probably couldn't afford it. So, if people can't afford their services, then why are they doing these workshops? I mean, they have to be making money somehow. After all, he was able to quit his job as a photographer, and his wife is also on board.
Now, this fellow might be genuine. I am not sure. So, I'll reserve my judgments for now. I will say, I didn't particularly like that he started sending me Spammy-emails and calling me by my first name. People who are student loan debtors, parents, my husband (not all the time), friends, close colleagues, and family can call me Cryn. But this guy? No way. I prefer Ms. Johannsen.
But for those folks reading this, you can call me Cryn. 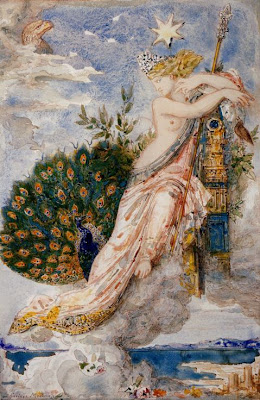 
Higher Ed. in the US today is just another case of Wackford Squeers beating the living soul and financial crap out of yet another lemming at a Yorkshire School.

How do I know all this?

But I read our blogs, and grow more and more distrustful of mainstream media every day.

A small observation: if you take the letters of "higher education" and mix them around, you cannot quite spell integrity.

You can only spell "integri." Which is closer to integrity than the actions of these pigs.

You are understandably wary of this guru, I would be as well. Even so, with some consideration I find it entirely believable that he can do a workshop and pick up one or two upper middle class families that can easily afford to pay his fee. With the cost of student loan interest it wouldn't take much for him to legitimately save them several times the cost of his fees with some well-placed advice.

People with comfortable money often have two parents working and feel busy enough that spending a little money to make the headache of figuring out how not to get ripped off by college go away makes sense.

When you do not have money it seems like an absurdity to spend that much on something you can figure out yourself.