As many of you know, I am living with my gracious, loving in-laws. They help us buy groceries and other items. I have realized over the last few months that the decision to return to the U.S. was a smart move, but it has taken me several months, and a lot of anguish, to get to this point. As for Korea, it became too difficult to juggle two careers and try to straddle two time zones. One thing is certain, if I didn't have a loving husband and such wonderful in-laws, I would be out on the streets in the good ole U. S. of A. Of course, I am mobile and have lived abroad, so it would be more likely that I would be teaching in the Middle East or in S. Korea again. But that would mean abandoning my political activism, something I've been dedicated to for nearly 3 years now.

I thought that when I told my readers that I lived with my in-laws and could not even pay for groceries I would feel ashamed about it. The subject of shame has come up a lot with all the student loan debtors I know, and I have urged people - like I did the other night on the phone - to abandon such feelings. As more of us  are sharing our stories with one another, I have noticed a significant change in attitude among student loan debtors. We are denouncing this shame, and we are overcoming it collectively.

Here's a great example. One young woman recently opened up about her living situation. It is similar to my own. Let's hear what Ms. C's life is like as an indentured educated American:

While I am not 'technically' homeless. . . I am. . . for me if it was not for my kind-hearted boyfriend I would be couch bound.  So I am staying with him while I try and figure out (in the short term) how to hide my car from being repossessed while I come up with the money (can't get a job without reliable transportation!).  When I first moved in with him, it was a temporary 'until I take the bar' thing . . . but things aren't looking well on the financial front and things ARE looking good for us two . . .  so I don't plan on moving by myself . . . but when I do get a decent paying job (and have saved up for lord knows how many months) we will move together to a new place . . . at least that is the plan (and it gives me a little glimmer of hope to think that way) . . .

How do people find hope in this sucky economy? I can't get a job anywhere . . . administrative assistant, entry level, nothing ugh. . . I just don't see myself being optimistic for too much longer. . . it has been a year and it hasn't been pretty . . .

I know exactly where Ms. C. is coming from. When I am able to rent my own apartment and buy groceries again - like I did in S. Korea - I will feel so overjoyed. But perhaps that is asking too much? Perhaps Ms. C. and I are entitled because we want to have our own apartments.

Thanks, Ms. C., for having the guts to share. 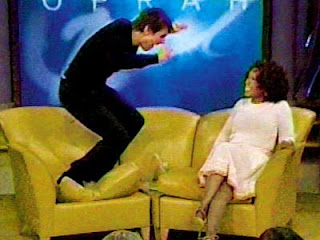 Posted by Cryn Johannsen at 3:08 PM

An indentured educated American: I'm one of those!

I am in a similar position, and getting more and more depressed by the day about it. I believed all these misconceptions about higher eduction, that it would lead to a good paying job, and I would be done paying off my loans in a matter of ten years. Well, the reality is that I am underemployed, with a masters degree, can't pay rent, no health insurance, and my loans won't even be payed off in my natural lifetime.

Hang in there, Colleen. Trust me, I know it's tough. There have been days where I've been in such a bad mood, I haven't even wanted my dog around me! But we're getting stronger through all of this, and we'll win in the end. If we don't, I'll die trying. :)

That is just it. Shame is all in one's head after all.

If you have ever been garage or tag sale-ing, you will see all sorts of really personal family artifacts such as cherished photos, and even high school or college diplomas ignominiously trampled upon by a mob of creepy bargain hunters, from all walks of life. It might be, for instance, in a basement, or garage, or attic etc. of a house of a deceased or now in nursing home older person "on the market" with no heirs or close family anymore.

Very sad, and no one to remember or care.

A sort of philosphical situation that needs no prior instruction to appreciate.

So I figure that my diplomas/transcripts might be at least a little bit better off than the long forgotten and muddy trampled underfoot ones I have mentioned and seen over the years, at a mob tag sale or estate sale.

If I at least post my transcripts online as a cautionary thing or whatever, then maybe,in the bigger picture, they might help someone, somewhere, and be actually useful for once.

One generation learns from the one prior hopefully.

As for looking ahead, I don't know.

It is really interesting post. I never read such kind of post. It impressed me. Thanks for sharing…