I am collecting and interviewing people for an article on tweets about Sallie Mae. In the process, I noticed that someone tweeted something I've been trying to explore for a number of months, i.e., how many co-signers have been threatened with foreclosure or liens on their property as a result of a borrower's delinquent loan payments. This particular woman claimed that her mother's property was being threatened.  Her first tweet was this: "My mother said sallie mae can put a lean [sic] on her house. 'I don't want the piece of shit anyway.'"

This tweet reminded me of a few other people who told me that lenders have threatened to take their property. This is the third case I have now heard in which a lender has threatened to put a lien or seize property from a co-signer. I  have not had any success in finding a nationwide pattern, but I continue to research a possible trend. Incidentally, these scenarios all vary because of state laws.

I asked this woman if she would let me share her tweets, and she agreed. While these are just tidbits of a bigger story (both about her own situation and the broader student lending crisis that continues to plague the nation), they demonstrate the sheer brutality of Sallie Mae. They will go after borrowers in any way possible. Here's what she told me:

They stated to me that my mother has assets and mentioned how much her house was worth. When she tried to speak to them & resolve...

...the situation, she couldn't make a payment right away and the person began to yell at her & she couldn't get a word in. He eventually...

...hung up on her. Nothing has been resolved. The loan is going into default & now they're harassing her at her job & calling her manager. 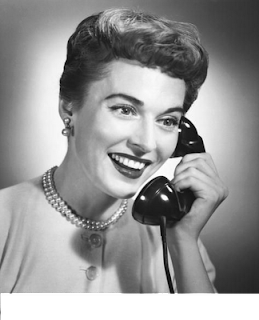 That's typical for them; if they can't get the money, take away where they live...."they'll pay if they're living in their car, or under a bridge." Fuckheads.

If you are outside the system and the sole signer, they will sic collection agencies on you....but the COs can't get the money either. I've had friends contacted by COs, then SM itself nearly begging to get the money like a junkie or an alkie begging for green so they can get a fix/buy some Thunderbird....and still get "you are a good customer" letters from SM!

You know, I am behind on finding information as well on Sallie Mae as to how they treat others. A few weeks ago, I was told by one of their operator people that I am "screwing over your father on purpose."
You know, if I had a job that I could make payments on, I would. I am not trying to not pay back, just it sucks when no one will work with you.
I keep getting emails saying they are their to help me and they have options. When I call, I am being told there is nothing they can do without me paying them $55 dollars and that will bring my account current, except all missed payments are put at the end of the schedule and then after that, there is still nothing they can do to help me. I cannot find out where to find a complaint on them except Better Bureau Business but that won't help the fact that they are being bullys in the matter.