Who wants a sneak peek?

After editing several drafts, my paper, "The Plight of Current Borrowers: An Appeal For Immediate Relief," has been sent to the Rev. Jesse Jackson and the Rainbow PUSH Coalition!

I was asked to include an overview of the work along with the entire paper (it's a total of 25 pages or thereabouts), and the former will be presented out loud tomorrow. In addition, copies will be distributed to the panel and to those attending the discussion

I also sent it to some key policy analysts, and already know that one of them will be reading it before they attend the conference tomorrow. That was great to hear.

I am very excited about this paper, and think that the best part of it comes from you: the voices of the indentured educated class. Thank you so much again for letting me include your stories in this paper. I will be including many more of your voices in my book, and I've already received so many willing volunteers who will be a major part of that manuscript.

Let me also publicly thank the Rev. Jesse Jackson and the Rainbow PUSH Coalition for inviting me to be a panelist on a panel discussing student loan reform. While I truly regret not being able to attend, I am confident that I will cross paths with good people who are committed to truly solving the student lending crisis in the future. 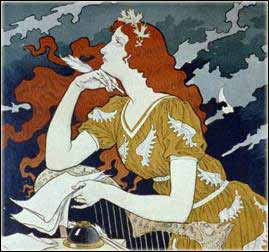 Where in the program is your paper supposed to be presented? Will this be televised?

Thanks, Peter. I made that image, too! Ha.

I am so excited to read this Cryn! You do so much and I cannot thank you enough!

Spekkio - done! I need some rest, but it'll be up first thing tomorrow. :)

I would love a sneak peek!Gail-KY Support

Wow, no mention of you or your paper. How rude!