Quick Post: Writing Paper For The Upcoming Convention Sponsored By The Rev. Jesse Jackson And The Rainbow Push Coalition

Since I am teaching in South Korea (you can read all about it, too, on my new blog entitled, "South of North Korea) I will be unable to attend the June 13th convention to which I was invited to be a panelist with Robert Shireman and others sponsored by the Rev. Jesse Jackson and The Rainbow Push Coalition, I am in the midst of drafting a paper instead. The working title is "The Plight Of Current Borrowers: An Appeal For Immediate Relief," and I will be through with a 15-page draft by today. That mean I'll be sending it off within the next 2-3 days.

The paper is a critique on the way in which the current Administration has been focused on "prospective borrowers," rather than addressing the student lending crisis head-on and dealing with those who are currently drowning in student loan debt.

I wanted to keep all of my readers abreast, and let them know that I am going to be at this convention on paper, which that means that your voices will be represented, too.

Here's the skeletal outline for the work:

(a) Part I: Introduction/Gauging the Severity of the Student Lending Crisis - brief overview about the student lending crisis;
(b) Part II: Testimonials - I will include some of your stories (anonymously of course) in order to illustrate the specific problem I'll be discussing, i.e., the lack of focus on current borrowers and their struggles to pay off their student loan debt;
(c) Part III: Solutions - a two-part section that will include things for immediate relief and suggestions for long-term problems related to the student lending crisis

Moreover, I will be writing an update about our latest writing campaign to Mr. Roberto Rodriguez, et al. I was absolutely thrilled to open my inbox and see so many letters from volunteers. That's more than just heartening, because it shows that people are willing to get even more involved. All right, I need to return to my draft. Stay tuned for an update on the letter writing campaign! 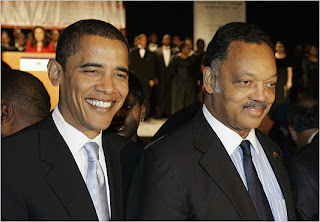 Let's hope that the Rev. Jesse Jackson can help us make an appeal to President Obama
Posted by Cryn Johannsen at 12:49 AM

Cryn, I didn't realize you are so important. I thought you were just very cool. =)

Ha! Just think of me as the latter. ;) (I have, by the way, been reading your emails, and I owe you response. However, I'm pounding this sucker out, so I gotta stay focused. Forgive me?)

Please realize I am trying to be a voice for the indentured educated class. I'm a public servant, and that's why these things are happening. It's thanks to a lot of hard work from volunteers, and people who are willing to share their stories. Did you know that Pres. Obama sent me a letter, too? That was quite a highlight. Check it out here - http://alleducationmatters.blogspot.com/2010/01/letter-from-president-obama.html

I came across your blog while searching for complaints against AES student loans. I graduated in 08, my 85 year old grandmother co-signed the loan, and now I am wishing I had never done it.

My grandmother is retired, and gets social security checks... we sent in the paper work to show that neither one of us was working. After exceeding my FORBEARANCE time... I was finally told my only option was the graduate repayment. So payments will be $50 a month instead of $238. OK great... but in the meantime I paid them 70$ that was all I could afford. Now my bill is $168 plus the 50 dollars for next month! That puts me back where I started.

Now the phone calls, and the letters... they called my granny and told her that, she needs to make a payment by the 4th. She told them she was retired, and the lady said, “Well mam, you signed the paperwork.” The last time I spoke with them, I recorded the convo. The girl basically said there was nothing I could do but pay. She put in my account, that I did not have a job, and my concerns with them calling my grandmother, and my concerns about her health. Then the girl tells me, well, you don’t have to worry about garnishing your grandmother’s checks until after 30days... Then she continued to tell me how they were going to harass me. So I say to her, “Look Rebecca... I’m going to have to pay AES for the rest of my life. Why can’t you drop the 168$ and let me deal with the 50$...I mean hell...help me, so I can help you get your money.

I am so frustrated and stressed. Between them, and finding a job... I feel like I will never surface—I will continue sinking in this black abyss called the ‘American Dream.’ I don’t understand. I don’t want to answer their calls, because this will get me no where. I’m 28 and have extreme anxiety, and stress over this.

Please include my story and good luck!