"Plight of Current Borrowers: An Appeal for Immediate Relief"

Many of you expressed an interest in reading the paper that I submitted to the Rev. Jesse Jackson's and the Rainbow Push Coalition's 39th Conference. I was invited to be a panelist at the Student Town Hall Meeting. The key note speaker was Deputy Undersecretary of the U.S. Department of Education Robert Shireman. Mr. Shireman is the founder of TICAS.org, an organization with whom I have developed professional relationships and respect greatly. Moreover, Edie Irons - the Director of Communications at TICAS - was on the panel.

I regret not being there to meet her in person, as well as Deputy Undersecretary Shireman among others (including, of course, Raymar Hampshire of SponsorChange.org).

In any event, parts of my paper were read out loud or mentioned by Dr. Jo Ann Roberts at the beginning of the discussion, and then the paper was distributed to the panelists.

I want to thank those again whose stories were included in the "Testimonials" section, and also those who are interested in reading the paper in its entirety. It's nearly 25-pages long, so I'll start with a short post, and first provide all of you with the Overview:

Introduction
·       What exactly are the causes for this student lending crisis? First, the student lending industry is a vast, complex system that includes many players (student borrowers, the U.S. Government, the Department of Education, the private sector, and the entire student lending industry, Nelnet and Sallie Mae being the most notable). Due to the complexity of this system, however, the following discussion will address specific problem regarding current borrowers.
·         Why are current borrowers being ignored by the Obama Administration and, even more specifically, the Department of Education?
·         There is more than enough evidence to illustrate the fundamental problems of this industry, and how it has been allowed to – thanks to the fact that it has never been regulated – operate in a way that can best be described as “legalized loan sharking.”
Testimonials
·         When these testimonials are situated in the history of student lending industry (from the industry’s emergence as a Government entity in the mid-1960s, to its eventual privatization in the 1990s, up to the present), the scope and depth of the crisis is alarming.
·         While most debtors live in the U.S., many indentured educated citizens now live worlds away from home (many have left the U.S. for wages that allow them to escape that dreadful and risky “paycheck-to-paycheck” type of living).  They are all united, however, in being indentured – and often for the rest of their lives – to their respective student lenders.
·         It is clear that indentured educated citizens feel they are (a) useless to society; (b) believe and have been made to feel that they are second class citizens; and, worst of all, (c) hopeless.
Providing Relief (Short-Term and Long-Term Solutions)
·         There are a variety of ways by which the Administration, Congress, and the Department of Education could be helping current borrowers now and in the future.
·         SAFRA has been passed and the next issue is the Department of Education’s attempt prospectively to limit borrowing at for-profits institutions through rulemaking. But that should not be the only focus. Although I applaud the consumer groups’ effort (POSD, PIRG, USSA, NACAC, etc.), their strategy is not as direct as it could be.  They should have said the next big priority is to help current borrowers who have been saddled with debt, drawn attention to the lives currently being ruined, and from that moved on to prospective solutions armed with survey data and case studies showing how bad the debt/default situation is right now.
·         Although IBR has been implemented to help current borrowers, and it is a good start, it has fallen short in a number of ways: (a) it does not cover private loans; (b) if a married couple files their taxes jointly, and both have student loan debt, both incomes are considered as one, but only one’s person debt load is taken into account, resulting in inflated payments that are impractical for these couples with high shared debt loads; most importantly, it does nothing to assist people in default. The number of people who will default is expected to rise, so it is imperative that a program like IBR or something else will help them get out of this devastating situation. If these shortcomings were to be addressed, this good program could become a major part of helping – most likely – millions of people recover from default and dramatically improving their lives. 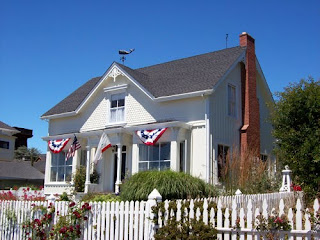