It's important to give credit where credit is due. For instance, when I received a letter from President Obama, I made a point to applaud his Administration for the response (even though I remain skeptical of many things when it comes to student loan reform and the White House's stance on the student lending crisis). And based upon the fact that the White House receives over 40,000 letters/emails a day, that letter spoke volumes of the Administration's awareness of the indentured educated class (also, if you haven't joined our Facebook Group - the Support Group for the Indentured Educated Class, I urge you to do so now. The Group isn't just about online discussions. Those are fine, however, I am encouraging people to forge relationships with people at the local level and get active with other student loan debtors).

So, I am giving credit again. Late last night in Seoul (mid-morning in D.C.), I called Sen. Harkin's Office and asked to speak to Mr. Luke Swarthout, one of the Senator's Education Staffers, so an important contact for us. He was unavailable, so I left a rather long message, explaining to him why I was calling and who I represented (the lovely indentured educated class!). In less than five minutes, Mr. Swarthout called me back. That's more than impressive, and Sen. Harkin's office deserves praise. The conversation was short, because I really just wanted to introduce myself to him. Despite its brevity, I was encouraged by what he said about SAFRA and issues surrounding higher education reform. It's clear that Mr. Swarthout and I agree on something critical: more works needs to be done for student borrowers.

I look forward to forging a long-term relationship with him, and wanted to provide an update to my readers on the people with whom I've been speaking. I made it clear that I believe the best way to work on the student lending crisis is through open communication - that's how we come up with long-lasting solutions. I more than willing to critique those in power, but I also recognize the importance of these relationships I have with policy analysts on the Hill and elsewhere. 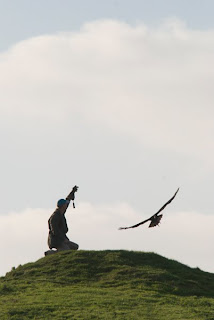