Reach Out/Get Involved! - What are the goals/objectives of the Support Group for the Indentured Education Class? 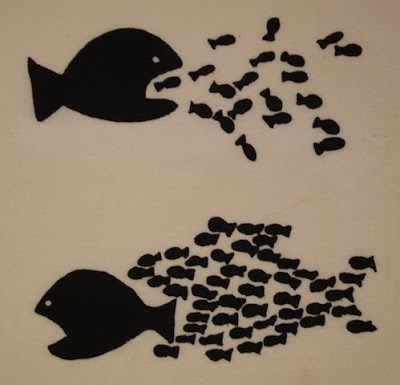 What are the goals and objectives of the Support Group for the Indentured Class and how do the State Support Leaders function in their roles? Those are important questions.

A member of the support group for the IEC asked a great question and made a good comment that made me realize I needed to clarify. She wrote yesterday:


"The description says the primary goal of this group is to organize (and above it says to raise awareness). What are the objectives of the group, specifically? You might have more luck recruiting state support leaders once those objectives are clearly defined."

Thanks to the State Support Leader of N.H. Michele, because she took the initiative to answer this question immediately (probably when I was teaching in S. Korea). Michele responded:

"We are . . . gather[ing] ourselves together on a local basis to fight [against] the student lending crisis. It's almost like an informational support group. Those of us who volunteered as state leaders did so because we are constantly doing something about our loans. In a personal way, I've been writing to my local authorities and representatives on a constant basis. [So, I am] . . . focusing on consumer rights. A lot of us here keep track of the news and publications concerning student loans [too]. And the most important part about all of it, we help each other out no matter where we are [my emphasis]. Y[ou] know, it's also to get face to face with people in the same situation."

[1] I was inspired to put this group together and based [it] on two models. The first model was Pres. Obama's campaign efforts. Specifically, the grassroots aspect of his campaigning. His campaign team effectively organized volunteers across the entire country - they got together for "house" meetings, went door-to-door with strangers (I did that on several occasions) and campaigned for then-Sen. Obama, etc. That was one of the reasons he won, and it was impressive. Second, there are two documentary makers in L.A with whom I met the night before I left the country. Moreover, they were joined by another filmmaker that evening who has already put out this excellent short clip about the student lending crisis. Prior to meeting these two documentarians (i.e., not the one who put out the sharp clip already) and being interviewed by them, I helped them - let's call them "Pete" and "Brandon" - (!) - find about 8-9 volunteers in the L.A. area for a taping. I put out announcements on Facebook for a few weeks. We were successful and able to get all of these people together. The documentary makers interviewed all these individuals and then they had a small get together afterward (drinks and food). I was told after the event that it was enormously powerful to be among student loan debtors. My aim has always been to get this movement off the internet and into public discourse. What better way than to have State Support Leaders who can meet with people face-to-face?

[2] Finally, we're working on many fronts. For instance, we have organized several successful "writing campaigns." A lot of people have asked me to draft templates for letters to their representatives, the Dept. of Ed., and the President. I am happy to do this, because many people have 2-3 jobs and simply can't invest as much time as I have and am able to (at this juncture it's more a labor of love for me, but when I return to the U.S. it will be something different. You can count on it. I am planning on running for office, and hope to recruit many of my readers to help me win an election!).

In any event, we have sent several letters together, and I am currently organizing another letter writing campaign to the White House again. Of course, anyone can send letters on their own. In fact, I encourage that. However, I think it's also quite effective to send the same type of letter from countless people- that sends a clear message that we're united. I hope this information helps, too.

So, if you are interested in becoming a State Support Leader, I hope this information is useful. I also let people know they can put as much or as little into the role. More than anything, we - the indentured educated class - desperately need state support contacts, therefore I encourage you to think about volunteering!

I also urge you, no, I implore you, to reach out to your current State Support Leaders. Although they are listed on the group's wall, I'll quickly provide their names below, with their respective states:

I am in touch, for the most part, with all of these individuals on a regular basis and they are fantastic and helpful, smart and kind people! I've even had the privilege of meeting a few of them, and I've talked with several of them by phone or extensively via chat on Facebook or Gmail Chat. You too can reach me via FB chat or Gmail. I talk to people about their student loan woes on a daily basis. Don't hesitate to reach me (ccrynjohannsen@gmail.com).

Posted by Cryn Johannsen at 1:53 PM

It is totally good amazing that you are trying to raise awareness regards to education class. I always said this and I am willing to repeat this now: we can only achieve success once we join our efforts. For example, one can barely do something strategic against those who buy custom essay online. However, 100 people can bring this issue to attention of those who have valuable connections. I am endlessly thankful for to spend so much time working on all education matters website.