Living Abroad: One expat says, "I don't know if I'll live in the U.S. ever again." 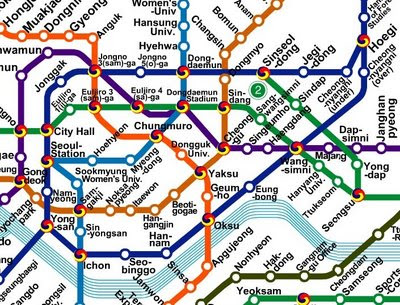 Something I've always wondered... are income taxes more or less burdensome overseas? I don't mean tax rates, but the chore of filing and keeping your records straight... I know how complicated it can be just moving to another state, so I worry what it's like to go to another country and have to comply with all different tax codes.

Here is an alternate point of view:

Thanks for posting that link. I've visited it many times in the past, and before I went to Korea. It's worth being aware of . . . however, it is quite dated. That is not to say that people are not exploited abroad (I intended to include that in my recent article in USA Today). That most certainly happens. But I am trying to provide people with information about living abroad. It is important that they are aware that there are options beyond the U.S.

I've thought about this too. I'm worried about the direction things are going in this country. Korea has also been affected by the radiation from melt down of Japan's nuclear reactors, so I'd be worried about going there.

I've thought about Argentina, Norway, Sweden, Portugal, Uruguay (never had an earthquake). If you like Asian countries, maybe you could look into Singapore.

The biggest problem is (as you implied) keeping track of all the interactions between the various tax codes. Two sets of tax forms implies more than double the number of interactions. I'd put the number at about triple. If you're trying to minimize your taxes, it can be a real pain to keep track of tax strategy. Assuming you make under $91500 abroad, the easiest (but not necessarily best--see below) strategy is to make sure you spend a FULL YEAR outside of the US (331 days in a consecutive 365-day period). That way you can use the foreign earned income exclusion to exclude the $91500.

In some cases you can actually make money off of US taxes. Certain credits like the Making Work Pay credit or the (additional) child tax credit are *refundable* -- if you owe less than the amount of the credits, you get a check. You have to plan carefully to, for example, forgo the foreign earned income exclusion in order to qualify for certain credits that are based on income. This happened to me last year and it felt damn good.

It's worth mentioning that, to the best of my knowledge, the US is the only country in the world that taxes all its citizens on all worldwide income regardless of residence status abroad.