When I am abroad, I am more aware of how American I am than when I am here. Now that I am back again, I realize how much of an internationalist I have become. I am grateful, and feel blessed, that I have lived on two other continents, and have, with some success, learned a few languages. I do not feign to be fluent in any language, especially my mother tongue. Nevertheless, I have managed to make utterances in a number of different languages, and I believe I was understood on those occasions when I clumsily expressed myself. At one point I was reading German so well that I was able to translate nineteenth-century humor magazines. Boy, those were the days. I have tried to keep up on reading German newspapers because it provides such a different perspective on foreign affairs, and writing this post has reminded me that I need to continue with that daily exercise.

I have also been tutoring a young Mexican man in English, and that has been pure joy. I realize I understand far more Spanish than I previously thought, and it has been delightful to dip back into that language. (I also have a friend and professional acquaintance who likes to chat with me via Facebook in Spanish. I miss doing that). In fact, because of the student and my Spanish-speaking friend, I am now determined more than ever to become fluent in it. That is one of many reasons why I am thinking about going abroad again for work.  I also want to believe that the politics of everyday life is still possible, and I don't really see that here. That is not to say that it won't change, but it is dormant, and I find that suffocating. Incidentally, I didn't say that people here are dormant. That would be condescending and also absolutely false. It borders on being nihilistic too, and reminds me of nineteenth-century German images of a snoozing  spießbürgerlich man in his cap and nightgown. This metaphor, that Americans are not awake politically, has come back in fashion, and I find it both nauseating and intriguing to hear people pronounce similar things that were suggested in Germany during the nineteenth century. To be clear, there are great differences between the two, but it immediately comes to mind when I hear people proclaim that their fellow Americans are "asleep" or "have their eyes closed." 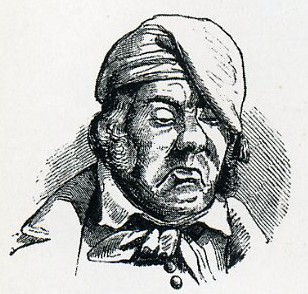 Many of you have expressed an interest in knowing what it was like for me to live and work abroad (see the comments to this piece). I think this is a great topic, and I have been delighted to read that many of you are not only considering work abroad, but that you have begun the process of applying for jobs overseas. In some cases you are already gone. Since I have a number of friends who are currently living abroad, or have already done so, I have asked if they would be willing to share their stories, too.
I think we should begin a series on AEM about living abroad. So with that said, first thing is first, and that means a return to 2009 when I was living in D.C., more precisely Springfield, VA, and considering a job in Korea . . . 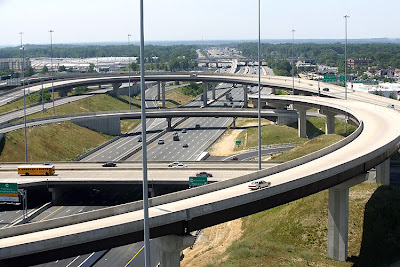 Posted by Cryn Johannsen at 5:23 PM

Not a thing wrong with living abroad, in fact it is an enriching experience. I lived taught and enjoyed China for two years, during which time I was respected, paid well, and invited back. I am going back ASAP.

You know how Americans are, I have collected junk. I am selling my junk and on my way back to a place where I had more money than I could spend, worked 16 hours a week, and had four months per year paid vacation.

If you still have the old Chairman Mao impression of China, hop on the Internet and take a look around; it is more advanced in many ways than the United States. Human rights? What about the human rights of indentured borrowers? The unemployed? The garnished disabled? The homeless? Those with curable mental and physical problems, but no way to access health care? What about a country that spends billions more every month to kill people than to care for its own people? When was the last time China declared war on another country? Or Thailand, or Singapore, or Vietnam, (a very nice place with great pay) or chili, or Argentina. Needless to say, the list goes on indefinitely.

I am sick of being used as a cog in the wheel and about to be discarded because of my age. I am tired of living a life that has been filled with divorce, poverty, garnishment, harassing phone calls, and being a hunted man in my own home country, all due to student loans. It took six years to pass a suicidal stage, now I am angry.

@Anonymous 9:13 PM - thanks for sharing. I am glad that you are past the suicidal stage and are now angry. That's a good place to be, because anger passes. It also sounds like you know what is best for you, and that you found a good life in China. I hope you keep us abreast on how things go for you there. It shows your resiliency, and I admire you for that.

I lived in Japan multiple times for a good chunk of my twenties. I liked it quite a bit because it's a rational society, and government officials realize that social ills like mass unemployment are nonnegotiable. Would I go back? No. I left because I hate earthquakes and still do. I want to be in the U.S. instead.