Reading Between The Lines: How Sallie Mae's "Forward Looking" Report May SCREW US, And In A Big Way 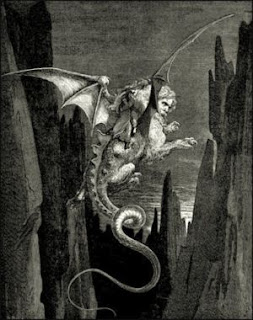 Hooray! Sallie Mae isn't doing well. I suppose when you're part of fraud and usury, you end up struggling in the end. Although there is plenty of evidence that demonstrates that the value of their stocks is falling, and perhaps precipitously, we shouldn't pop the champagne just yet. Of course it's great to read things about their failings. For instance, Reggie Middleton said it well when stating that Sallie Mae has dug itself into a hole. Granted this report was put out in March 2010, but who's really following this sort of news? That is to say, an article about Sallie Mae digging itself into a hole written in March of 2010 may seem like "old news," but it is something worth referencing.
I've been following and researching the relationship between Sallie Mae (among other student lenders) and Wall Street for well over a year now. It's funny how those who supposedly cover the student lending crisis have paid no attention whatsoever to this obvious connection. In fact, when I was interviewed by Lawrence Delevigne, who is a reporter at the Business Insider, in October of 2009, I made it clear that these entities were linked, stating:
"The fact that JPM and Citi Bank are involved [in a Nelnet lawsuit] underscores how intertwined student lending is with the banking industry. It also demonstrates how the student lending industry has been overlooked in terms of regulation, and that's why I consider it to be a serious crisis, and might very well represent the next 'housing' crisis."
And now everyone is talking about the student lending crisis being the next bubble to burst . . .
The above quote was made in light of the fact that JPM and CitiBank, along with the despicable Nelnet, were being sued by a whistle blower. I loath to use that term, because of its negative connotations. Moreover, this whistle blower is a hero and a defender of the indentured educated class. His name is Dr. Jon Oberg, and he's the G-Man hero I wrote about well over a year ago, too. I also was the first to break the news to the indentured educated class about the lawsuit that this whistle blower filed against these villains who've stolen the dreams of those seeking higher education (see here). There is amazing news on this front by the way. Dr. Oberg has won his case against the swindling and legalized loan shark company, Nelnet. Indeed, the company settled the suit for $55 million!
That's great news, too!
However, I have grave concerns about Sallie Mae. They have been shifting their debt to their banking branch. I realize that is vague, but I do have the evidence of this transferring of funds. As soon as I can nail the piece(s) down, I will add them to this article. But this language I found about the transferring of debt . . . if it were a bologna sandwich, it smells awful funny to me. (I am not a fan of bologna sandwiches).  Also, forgive me at this moment for using such a loopy metaphor. I taught 6 hours straight tonight, and am digging deeper and deeper and deeper into just how twisted and wrong and unjust this lending system is - folks, we all know the sad truth about it: the whole thing is rigged in favor of turning us into indentured servants and making a few fat cats rich. That analysis comes straight from the mouth of a true Democrat and populist.

Here's where we might be finding the disturbing evidence as well as here.
So, what the hell do I fear, and why I am droning on about bologna sandwiches, Sallie Mae, and the corrupted and shameful U.S. Banking industry? I think, and I'm not alone, Sallie Mae is going to try and get some sort of bailout. Those legalized loan sharks are looking for a way out, and if they get it, does that mean that my readers, God Bless Them All, will really decide to Revolt En Masse? Again, I do not condone that measure, but I understand its allure. 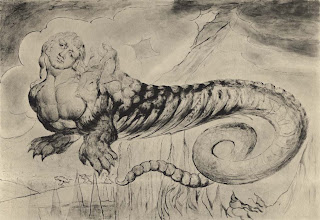 Posted by Cryn Johannsen at 3:32 PM

If they get a bail out, I'll most likely end up in federal debtors prison for refusal to pay back student loans. I don't even have loans through Sallie Mae, but that is horribly wrong and would enforce bad behavior which would be an example to all student lending corporations.

If SM gets bailed out I will give very serious thought to leaving this country. I will lose the little faith I have left in our government. There is only so much we can take before we start to revolt. I know for a fact I am not alone in this line of thinking. Enough is enough!

The only way Sallie Mae would ever qualify for a bailout would be this. Sallie Mae and other private lenders, would have to forgive all interest on student loans, for the students who borrowed from them. This is probably in the works now. Sallie Mae Forgives all interest on students, which they received federal money in making these loans. Now that will cost these lenders a huge amount of money. But the deal will show "good faith" on these lenders, and through the back door, the govt. will give these lenders their money back. It won't be called a bailout. The name will have a good sound to it. Bring consumers back to borrow from these lenders in the future. And also help the people who are in way over their heads in debt. Will it work? Only solution.