What's the movement at AEM? 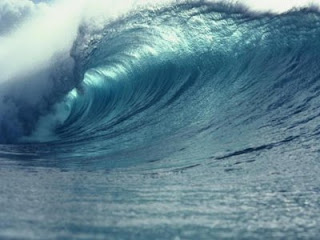 Posted by Cryn Johannsen at 2:56 AM

This reminds me of a wonderful Australian TV series, "Seachange", marginally inspired by Shakespeare's "Tempest". Its protagonist is a 39 year old lawyer who loses her job at a posh Melbourne BigLaw firm and then takes a job as a magistrate in a seaside country town.

To my mind, it would be good medicine for many American lawyers in various kinds of grief over the losses of their prior aspirations.

For a foretaste, the last 12 minutes of the first episode are here:


By the way, the courteous, gentle and insouciant character "Diver Dan" is a more realistic representation of a typical Australian male than the ridiculous Hollywood caricature "Crocodile Dundee" who is generally excoriated by Australians.

For good measure, another beautiful Australian character study is the movie, "The Castle", some excerpts here: http://www.youtube.com/watch?v=OUUVYlVYNR4

Are you looking forward to hosting me when I visit? :)

"Are you looking forward to hosting me when I visit? :)"

No problem, as long as:

1. You do not condemn tobacco as per current elite American custom; tobacco is allowed throughout our house but is smoked mainly in my home office;

2. Drinking is mandatory, except for those who become violent under the influence, but drunken rants of righteous indignation are approved;

3. All of our guests must love dogs. Mine is a Cockapoo who will demand cuddles and playtime from you beginning around 7 AM until midnight; we do NOT welcome guests like Snoopy's unrequited love Lucy: http://www.youtube.com/watch?v=pq9hBEvFNlM

4. Arachnaphobes be warned: From around October to February, ie late spring to late summer, there are redback spiders in our garden, the Australian cousins of Black Widows. But they're not aggressive, they're more like old fashioned mafia dons who don't attack unless they're threatened. And we have an indoor toilet, so you will NOT need to fear a situation like this: http://www.youtube.com/watch?v=VR0qyslUeD8

5. There are venomous snakes in the nearby park, but cf Redbacks, they prefer to avoid conflict, being more trusworthy than most lawyers.

2. I enjoy all sorts of libations.

3. I am a dog lover. My first dog - Senor Bandido - died at the age of 5 1/2 (that's what precipitated our departure from the U.S. to S. Korea, i.e., nothing was holding us back anymore); we adopted a dog in Korea and had him flown back to the U.S. So, yeah, I like dogs.

4. I am not a fan of spiders. However, you have quelled my fears of being attacked with the mentioning of an indoor toilet. (That reminds of my visit to see my Swiss friend outside of Bern; we had met when she was an exchange student in Kansas. So, I went to visit her when I was a sophomore and she did not have a toilet inside her home. It was a 16th- century building with no electric heat. There was a bathtub inside, however. The place was splendid. She had to get up every morning, quite early, and put wood in two stoves - one was in the kitchen, the other one was in the living room - in order to heat up the house. I'd love to live in a place like that. It was rustic in the best sense of that term, ie not in the kitschy sense. I despise kitsch, especially Nazi kitsch).

5. I don't mind snakes. I used to catch them as a young girl. I'd obviously avoid the venomous ones.

Cryn, as you've expressed interest in exploring the Earthly Paradise of the legendary Great Southern Continent, here's another quintessentially Australian movie you (and perhaps some of your readers) would enjoy:

"Lucky Miles", based on some true stories about several "boat people" immigrants who landed on the coast of the Northern Australian desert and then tried to walk 700 miles to Perth. They survived only because they were found (luckily) by some Australian home guards searching for them, two Aborigines and one White Australian. Trailer here:

Notice how, at the beginning, when the "White" native-born Aussies hear the news of these (illegal) immigrants' arrival in the desert, THEY APPLAUD! That's the typical Aussie attitude toward anyone who has the guts to risk their lives to emigrate here, "Good on em!"

One of them was the Cambodian-born son of an Australian soldier, who ultimately found his natural father in Perth. Another was an Iraqi - a qualified engineer - who fled from Saddam's regime and applied for (and was granted) political asylum in Australia.

And then the Iraqi holds his hands in the air and says "I apply for political asylum!", and then the White Aussie guard smiles and gives him a thumbs up! The very Australian idea being, "Ya made it here, mate, good on ya!"

But one of the great things about the Aborigines - well, at least about the best of them - is that they do NOT call themselves any more "native" Australian than anyone else born in Australia! In their 40,000 year old tradition, a "native" of this land is simply anyone born here! And they accept as "real Australians" anyone who loves the land! Pretty cool, yeah?

Cryn, all totally cool in my and my wife's household! (But the master of our house is really our dog!)

As for this, "I don't mind snakes. I used to catch them as a young girl. I'd obviously avoid the venomous ones", it tells me you grew up in the countryside like I did. And statistically, 100 percent of the rattlesnake bite fatalities in my state were always inflicted upon drunken hunters competing for "Darwin Awards" by saying, "Why don't ya pick up that snake, what are ya, a pansy?" In such cases, I sympathise with the rattlesnakes.

Also, re Australia, here's another clip from "Ten Canoes"; fast forward to 11:10, the death of the Aborigine hero Rijamiraril. To my mind, this circa 20-40,000 year old story of the passion and death of Rijamiraril, was a precursor of the passion of Christ. As a Catholic I believe Jesus literally died and then rose from the dead, however as a historian I also believe Jesus' passion was the culmination and perfection of the essential story of Man, going back to God's creation of Man (through evolution, but a radical change from Man's beastly ancestors) around 40-60,000 years ago.

But even secular Humanists can appreciate the similarity between this ancient Aborigine story and the passion of Christ, and it ought to make them think more about the PECULIAR, UNIQUE nature of Man, "lower than the angels" but categorically higher than all beasts: