Have we as a society given up the pretense of even trying to look legitimate?!? This story is a gas. It turns out these people - the lenders and certain politicians - don't just golf together! Nope. They own houses together. Nebraska Attorney General Jon Bruning, as reported by the Omaha World Herald, owns a lake house with two Nelnet executives. How's that for a cozy relationship?

Bruning is running for U.S. Senate. He sounds like just the type of person I want on the Hill!!!

Here's the funniest quote from that article: "Nelnet is a good, homegrown company that employs hundreds of Nebraskans in good jobs," Bruning said. Haha. He forgot to mention that they make their money through usurious practices and have turned millions of educated people into debtors for life. Yeah. Great company.

The company was recently sued by a former U.S. Department of Education researcher named Dr. Jon Oberg. Oberg filed a false claims suit against Nelnet and other student lenders. He accused them of taking advantage of a loophole and essentially defrauding taxpayers of $1 billion. The case was settled with Nelnet for $57.8 million. 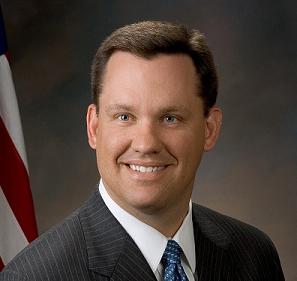 There is a long history of state-level Nebraska politicians supporting Nelnet. This even goes back before 1998, when Nelnet was "created" via the for-profit conversion of Nebraska's not-for-profit state lender. In the controversy over whether state citizens received full value for the assets, per IRS regulations, current and former state governmental officials sided with Nelnet.

You ask, "Have we as a society given up the pretense of even trying to look legitimate?!?"

The answer is yes, without hesitation. The revolving door is now seen as a perk, and I believe it's been seen as such since I was a naive acne-scrubbing kid on The Hill after college. It was one of the main reasons I turned off from politics as something I wanted to be "inside" on - it seemed that no one was sincere, not just pols but staffers too.

@John - I understand, but I am fed up, and think it's important to call these people out. This should not be legitimate. It's crap. It's absolute crap. That's why people need to know about it.