If you are a candidate running for office (city, state, or at the national level) and would like to be promoted by AEM, please contact me at ccrynjohannsen@gmail.com. All candidates will have the opportunity to review the material I publish about them, so none of your words will be misconstrued. I'm happy to be of assistance in spreading the word about your candidacy, your values,  and what you intend to do once elected. Last year, I interviewed Kevin Bradley (who ran as a Democrat for the House of Representatives), Rick Staggenborg,, and Jim Holbert.
AEM launched conversations with candidates in August of 2010. While I still believe much of what I wrote then, i.e., that we need new populist leaders in D.C. who won't just vote for the powerful and moneyed interests, new revelations about ALEC make the possibility for real change seem further from reach. In addition, we have a Democratic president who either lacks the actual skills to govern for his own party or never intended to push policies that represented the party in the first place. Whatever the case may be, the debt ceiling fiasco illustrates something terribly wrong with his leadership abilities. As President Clinton stated, if he had been in a similar situation, he would have invoked the 14th Amendment "without hesitation." Apologists for President Obama argued that in so doing, it would have allowed the Republicans to impeach him. While I know that Clinton and Obama have their differences, I agree with Clinton's take. It would have put the President at political risk, but it would have been the right thing to do. After seeing the market plummet nearly 634 points yesterday, did all the so-called "negotiating" and "compromise" really mean anything? Nope. And what about your average American, who is unemployed, struggling to keep their home, or pay even rent? How has President Obama helped those folks?

Of course, the whole situation was the result of Tea Party fanatics acting, at best, like children; at worst like economic terrorists. Most of the blame falls squarely on their shoulders, but President Obama has not lived up to the promises he made when running as a candidate in 2008.
Despite my cynicism, I have begun a new series of letters to the White House. Each week, AEM will send President Obama and every single office on the Hill a letter on behalf of the indentured educated class. Moreover, there are a few who care about the student lending crisis in D.C. (I have at least 7 meetings set up with various folks on both sides of Congress). While I have been criticized for this new letter writing campaign ("good luck with that," "What's the point?," "the President doesn't care," blah, blah, blah), I think it is important for all of us to feel like there might be a chance that someone inside the beltway will take notice, and push for actual change (trust me, I am not holding my breath). That said, we should be reminded of those who want to make a difference for student debtors. Here's a quick run down:
While many Republicans have sought to slash funds for higher education, there are some who are just as committed to programs, like Pell, as their Democratic colleagues. For instance, Congressman Tom Petri has long been committed to supporting Pell. (I will be meeting with his staff in mid-August to discuss some strategies I've been developing with a small business owner on how to tackle this enormous problem).
With these things in mind, it is important to know who has gone to bat for us already. That said, much more needs to be done for the indentured educated class.
This piece relaunches the series, "Conversations with Candidates."
Stay tuned for my interview with David Hunsicker. He wants Eric Cantor's seat! 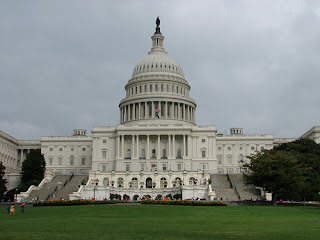 You had me as a reader until you start posting this nonsense.

"Of course, the whole situation was the result of Tea Party fanatics acting, at best, like children; at worst like economic terrorists. Most of the blame falls squarely on their shoulders..."

Stick to the school/finance discussion. This is neither insightful or accurate political analysis. The only thing these so-called terrorists did was demand that the government actually cut spending - WOW! How extreme!

"The only thing these so-called terrorists did was demand that the government actually cut spending - WOW! How extreme!"

When Tea Partiers start discussing tax increases, universal health care, and reductions in military spending, then I'll acknowledge them is principled. Although, since they irrationally hate all taxes and government spending then they're deflationist children.

I used to be a hardcore Democrat; now, however, I am leaning more and more towards the Tea Party because most, if not all, of the money the Fed collects ends up being wasted or feeds corrupts systems, like higher education. I can no longer tolerate such waste. The Democrats had their chance, but they wasted it; they became part of the corrupt system.

"the money the Fed collects ends up being wasted or feeds corrupts systems" is the exact reason this country is failing and will continue its fall.
How can a democractic republic exist whe its citizens beleive it cannot act appropriately, is corrupt and it is wasteful.