One of the John Does is saying some interesting things about Thomas Cooley Law School, and I'm not referring to the opinions he (?) stated earlier about the school. His name is RockStar05. He was a student at Cooley for one year, and then transferred to another law school.

Rockstar05 also launched a blog called "Thomas M. Cooley Law School Scam," and that's what has gotten him into trouble. He criticizes the school for a number of reasons. One point he brings up is the school's claim that they are ranked the "2nd best law school in the country."  Rockstar05 found the basis for the claim to be highly problematic. (The reader can be the judge of the school's claim).

Cooley filed a suit against him and 3 other "John Does,"  and that includes Ch. Burns, too. He's how I wound up writing some short pieces about the school in the first place. He got in touch with me about Cooley (you can find all those links below). In any event, Rockstar05 has been responding to the suit that was filed against him by Cooley on JD Underground. (As already noted, Cooley is also suing a small NYC law firm called Kurzon Strauss).

After a reporter got in touch with him, Rockstar05 has had this to say about the suit (truncated version):

He also stated (again the quote is truncated):

In addition, he does not think he defamed the school:

I didn't really 'defame' in my opinion. I was actually thinking of calling the law firm named in the lawsuit tomorrow and asking what their thoughts are and if they would like to represent me.

I'm just a broke 3L law student and will leave it up to the law firm to do all that discovery crap and actually blowing the lid on Cooley- I just want out of this stupid fucking suit [my emphasis].

That's where I am concerned for RockStar05. He's a broke law student, and just trying to finish up his schooling. What if they unveil his identity before he even graduates from the law school he's presently attending? What will that do for his job prospects? Won't that hurt his reputation and his ability to earn a living?

Rockstar05 has this lengthy address, too (scroll down to the bottom of the comments on his page to these the original):

THIS IS WHAT I AM POSTING IN RESPONSE TO THE LAWSUIT ON MY BLOG POSTING. HOPEFULLY THE JOURNALIST WILL PUBLISH SOME OF MY STATEMENTS TOGETHER WITH HIS ARTICLE TOMORROW. PLEASE PROVIDE ANY THOUGHTS. I CAN MODIFY IT ASAP.

I believe I was very clear throughout my dated blog post that I was expressing my personal opinion. I would analogize my entire post reflecting my personal experience and personal views of the Thomas M. Cooley Law School to watching a movie on a Friday night then publishing online statements asserting that it was a poor investment of time, money, and certainly not worthwhile- to boycott the movie and go ahead and watch that other movie that released the same Friday or any other movie. Do motion picture producers go out and publicly file lawsuits against each and every one who trashes their film? Let’s make the analysis more relevant and assume I flatter myself and liken my blog post to a giant public platform to express my views and opinions. Will Michael Bay go out and sue Roger Ebert, who is arguably one of the biggest critics in America, for trashing his movie?

As for distorted employment data, I have previously acknowledged that this is not a problem that is confined to Cooley alone. The ABA regulation of school reported employment data has been widely criticized by commentators, scambloggers, law professors, in addition to industry experts and analysts as being misleading. Common grounds for criticism include the idea of self-reported employment data by the law schools and notable deficiencies in the reporting in terms of not disclosing overall response rates and either having a breakdown or reflecting employment that actually requires a law degree. Since I concur with the opinions of these critics and publicize it, will this opinion and view subject me to another 200 law suits filed by each and every ABA approved law school?

I would like to make it clear that I never once addressed the quality of the education provided at Cooley but grounded my opinion based on its poor reputation as a fourth tier school, high attrition rates, unfriendly administrative policies, and most reprehensible of all, the school naming itself as the second best law school in the United States of America ahead of such notables such as: Yale, Stanford, Columbia, NYU, UofM, Chicago etc. In fact I would consider their subjective self-proclaimed and advertised ranking as the second best law school equally if not more 'misleading' to the general public than my own personal opinion on Cooley not being a good option for law school. I’ll go out on a limb and speculate that my 'misleading' claim would bear slightly more weight given that the most authoritative ranking of law schools published by the US News ranks Cooley closer to the bottom of the 200 schools as opposed to the top two law schools in the country.

The assertion by Thomas M. Cooley of its status as the second best law school in America is as ludicrous as asserting that I am the second smartest man in America. It would invite the type of backlash that Cooley experiences everywhere throughout the nation. Yet I would not go out and sue someone who has a different opinion, or in the extreme scenario, publicly lambasts me for my declaration and calls me the dumbest man in America.


I will also point out that I never made any allegations with regard to loan fraud or other specific factual claims regarding the Thomas M. Cooley Law School. I simply expressed my experience, views, opinions, and said that I would not recommend the school to anyone. Since I love use analogies (as I used several times in my disputed blog post to insult Cooley), this is similar to using a product then posting a negative review online telling everyone to beware and choose one of the competitors. Do you think McDonalds would come sue me if I said their Big Mac was a load of crap and that everyone should spend their money on a whopper or virtually any other hamburger on the market (or none if that was their only other option)?


Finally, I would like to add that Cooley has not attempted to contact me even once, either through e-mail or through a blog comment on this post. If they had done so, or perhaps even are willing to retract their lawsuit at this early stage, I would consider removing the post altogether. In terms of damages I’m not sure of the basis for Cooley’s request for relief in the amount of $25,000, let alone the special damages and/or actual malice that must be proven in order to successfully sue someone for defamation. I am not technologically savvy and any Joe Shmoe who is disgruntled about their experience and wants to inform others of essentially a 'buyer beware' message can set up a site in less than 5 minutes to publicize his views. Truthfully, I almost forgot about my Weebly blog site until I received an e-mail from a journalist that hit my blackberry informing me that a lawsuit has been directed towards my website. Up until now this blog has had an average of under 30 hits a day for the past few months. Most of the users seem to actually ATTEND COOLEY THEMSELVES, so the damage and defamation would be similar to telling the Detroit Lions they suck. Is a $25,000 lawsuit necessary to vindicate my 'damage' to Cooley by expressing my opinions regarding it. My two-sense on a two-bit site should be hardly anything that would publicly defame and damage a world-class institution like the Thomas M. Cooley Law school which can boast of being the second best law school in the country that is the world’s leader in top educational institutions.

As many of you recall, I also received notification from the school (you can find it in the related links). I was told to remove all the things I had written about Cooley. However, I was merely relaying information about claims made about them. In addition, I sent those pieces to reporters in  my higher education circles, encouraging them to investigate the allegations. After I wrote about this piece, at least 5 major media outlets picked it up.

So . . . this raises the question: is it freedom of speech or is it defamation? 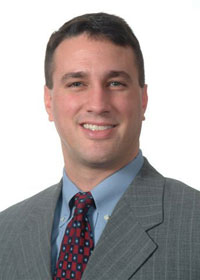 SLAPP SUIT: http://en.wikipedia.org/wiki/Strategic_lawsuit_against_public_participation
The whole purpose of this suit tis to make the litigation so burdensome as to destroy the opposition no matter the underlying merits of the suit.