Copyright Notice: If you are not reading this at All Education Matters, and unless I've explicitly given an individual or entity permission to publish my work, this post has been illegally appropriated. Please read original content here.
If you have heard problematic claims made about my character, please feel free to email me about it (ccrynjohannnsen AT gmail DOT com) and avoid feeding the trolls.
While the administration eliminated the FFELP program and the 'middle-men' who serviced federal loans, it is important to keep in mind that that debt has not disappeared. In fact, Sallie Mae attracts new investors by saying they have $146 million of college loans on their books. In a recent article entitled, "Sallie Mae Makes A Surprising Comeback," reporter Sarah Mulholland discusses the legislation that put an end to the FFELP program. From an investors perspective this change might indicate that the company would be less appealing. But that is not the case. Mulholland explains, "such blows would seem to add up to a dreary outlook for Sallie Mae and its chief executive officer and vice-chairman, Albert L. Lord. Yet investors are wagering the company will prosper on a combination of old loans [my emphasis] and private lending." It should also be noted that Sallie Mae spent $1.52 million "lobbying the federal government in the first quarter on issues including last year's overhaul of financial regulations [my emphasis]."

When it comes to profits and the market, the same is true for Nelnet. Fitch recently affirmed their senior and subordinate notes at "AAAsf" and "AAsf." That is a stable rating and based upon "Global Structured Finance Criteria," and "U.S. FFELP Student Loan ABS Rating Criteria." Just like Sallie Mae, these infographics also show how much Nelnet spends on influencing politicians. Please note that Democrats receive more than Republicans from the company. Nelnet spent a significant amount of money lobbying the federal government on the financial regulations, too.

When it comes to our system of casino capitalism, indentured educated citizens are necessary. They keep these markets stable as well as profitable. Sallie Mae and Nelnet are the biggest players, but it is important to remember that a number of other lenders have cashed in on student loans. Turning people into educated debtors has been an enormously lucrative gamble for Wall Street. That's one of the reasons they fought so hard to oppose SAFRA regulations.  We, on the other hand, were given a bad hand. The dealers at these tables are also cheats and frauds. They apparently regard students as bums, so they screw us every time we step up to the table to play a game. It's a rigged one, and we were duped and the newcomers continue to be duped.

Even when profits were down, Albert L. Lord still received $4.7 million in compensation. He has built a very nice private golf course at his home in Maryland. He is one of many who benefits from a corrupt system that disenfranchises many people who wish to pursue higher education. There are also key players in Congress who reap the benefits, and who are bought and sold by the lenders like dime-store candy. No wonder conspiracy theorists like to think of politicians as puppets. When one examines the sordid relationship between student lenders and politicians, it is easy to see how our leaders have no agency. Perhaps they do have agency, but it is not based upon principle. Their agency is used to pursue personal and financial gain, and at the expense of student borrowers and taxpayers. 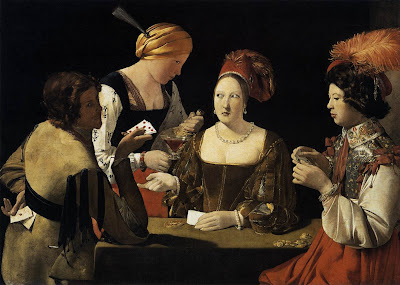