[This is the second post in a series of several installments. Moreover, if you're interested in sharing your story of what's it likes to either be, or not be, in denial about having student loans, please contact me (ccrynjohannsen@gmail.com), and I'll include your own reflections on the subject. Anonymity is highly valued here, so I wouldn't use your name, if that's what you request. In addition, the names and identities of the people mentioned in these blogs have been changed in order to protect their privacy.]


In my previous piece in this series on denial vis-a-vis the student lending crisis, Mr. X, a student loan debtor, asked me: "How many people [with whom you interact and are part of the indentured educated class] are in denial about the total amount of debt they owe?

And, as previously stated, that question is an excellent one.

I said to Mr. X, "Well, I think it depends on their level of awareness about the student lending crisis." For instance, many of those who have been reading me for over a year now, and who are or have been actively volunteering their time to help the cause (the letter writing campaigns to the White House are just one of many examples -see here and here and here) have very different attitudes toward their debt than those who have recently discovered this movement and our efforts.

"Well, I think those who have volunteered and been reading my work are pretty much acknowledged their financial servitude."

I continued, "Furthermore, those who are in this state are on a continuum of sorts, that's to say, they range from severe or chronic denial to milder forms of denial. Of course, I imagine that a person fluctuates on this continuum. There may be some days or weeks in which the debtor is on the severe end, and then will suddenly shift to minor feelings about his or her debt. In contrast to fluctuations about one's debt, I think it's safe to assume that most remain 'stuck' at one end (the bad one), and that can lead to serious bouts of depression and so forth."

After these points, Mr. X began to lament his own student loan debt.

As many of you are aware, I am always happy, no eager, to chat with student loan debtors via Facebook. There is also a strong group of State Support Leaders who are also more than happy to be of support on the group I created entitled, "The Support Group for the Indentured Educated Class."

Moreover, my Facebook page is dedicated entirely to my work and research on the student lending crisis. In any event, that's where these sorts of conversations most often take place. (I am also inclined to speak to debtors by phone on occasion, especially if they make an appeal to touch base in that way. I don't mind doing that either. I think it's important that indentured educated citizens know they're not alone in their struggles, and that they can reach out to me in any way they so choose).

There's another noteworthy debtor who is in denial like Mr. X. Let's call this individual Ms. Y. Like Mr. X, Ms. Y is highly intelligent. In addition, Ms. Y has an excellent job in the government sector, and is extremely well-spoken. Unlike Mr. X, Ms. Y has been following my work at Education Matters closely - at least that seems apparent to me, based upon our conversations via Facebook. Indeed, she seems to have clearly taken the time to do her own research on student loan reform and the student lending crisis. In fact, if it weren't such a risk to her career, she'd be an active volunteer with the work I'm doing. Indeed, I know Ms. Y would make an outstanding State Support Leader, but I understand why that can't come to fruition. (I'm always, keep in mind, looking for volunteers!)

In any event, Ms. Y is holding out far too much hope that once the bankruptcy bill is passed, i.e., the one that would once again allow for student loans to be included in bankruptcy, that things will be fine for her. She insists, "things won't just be fine. . . . my financial problems will be solved." That's not verbatim, but Ms. Y has expressed this sort of sentiment on countless occasions.

I also don't think it's fair to be absolutely harsh when conversing with my readers, and that's not because I think they should somehow be shielded from the "brutal" truth. Rather, I can - at times - be too negative about the student lending crisis. That's thanks to a lot of research and digging, as well as being privy to information that most of my readers are not. In addition, when it comes to my conversations with Ms. Y, I'm probably the harshest. Why is that the case? Ms. Y has a high level of tolerance for bad news and analysis, and she seems to handle these things well.

So, when she brings up the bankruptcy bill, I tell her that it hasn't even passed yet, and I warn her to be aware that the lenders are busily informing this legislation. It's the same way Wall St. money, as this recent article discusses, is influencing this putatively revolutionary finance reform bill. Although I've been in touch with senators' offices - viz. Sen. Brown's and Sen. Harkin's - those individuals and others are bombarded by an army of people who work for the lenders' interests. That's one of the reasons why I'm so frustrated. After all, I write this piece and carry out my advocacy work from Korea! Many of of my readers - I'm grateful for the words of support - have asked me, "why the hell hasn't a Congressperson or an organization for student borrowers hired you to work for them yet?"

Since I respect the hell out of my readers (they are, after all, smart, educated, and more than just reasonably informed politically-speaking), that sort of support and belief in my advocacy work means a lot to me. It is my plan that I will be able to establish a non-profit of my own to help the indentured educated class. But I digress. Ms. Y's denial continues to bother me. 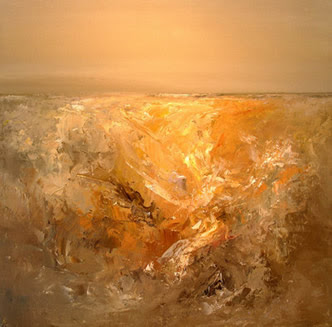 Lynette Jennings's Denial
Posted by Cryn Johannsen at 9:31 AM