Next Writing Campaign Will Begin Soon

First things first: This comment is for those of you who have just recently reached out to me and introduced yourselves.

I am receiving an overwhelming amount of new emails from new people who are drowning in student loan debt and part of the indentured educated class. And in case you weren't aware that you are part of this class, I want to welcome you! Rest assured, you are not alone - there are millions of people who comprise the indentured educated class. In any event, I want all of you to be aware that I am answering each email as quickly as possible. Many of you are already aware of this fact, but for those of you who have just discovered my advocacy work, research, etc., I am currently living in Seoul, South Korea.

I teach English to advanced (and not so advanced) Korean students. It's a full-time job, so that's one of the reasons why it may take me some time to reach out and connect with you. Although I am thousands and thousands of miles away from the U.S.A., I am just as committed to the student lending crisis here as I was there. In fact, I now have the luxury of dedicating more time to my advocacy work than I did there.

Next Item On The Agenda: The indentured educated class is about to begin a new letter writing campaign to the White House. Some may think that the letter I received from President Obama was meaningless and just a "form letter." However, that's quite false. If any of you saw one of many recent interviews with Pres. Obama, he stated that he receives more than 40,000 emails and letters a day. So, even if it's a so-called "form letter," it was a damned big deal (it was also signed by him). Like I said, I think this letter is only the beginning of correspondence with the White House (at least that is my hope for the millions of debtors out there who need to be heard) . . .

SAFRA: I am hearing the same sentiment(s) expressed about SAFRA (my take is here). Of course, I think that this legislation is a step in the right direction. However, the Democrats should not stop here! In my mind, this legislation is just one of many steps that must be taken to help millions of Americans. It is my hope that this bill is only the beginning of more far reaching reform measures that will help those who are struggling or unable to pay off their student loans. I have also asked countless times, what's out there to help defaulters?

Indeed, it would be wise of the Democrats to consider this suggestion about additional reforms. They are, after all, going to be facing touch elections. If they were to help out student loan debtors in an immediate and positive way, I am more than confident that they would enjoy quite a bit of success as candidates.

On that final note, if you are interested in joining us for the second writing letter campaign to the White House, please send me an email ASAP (ccrynjohannsen@gmail.com), and just put this simple phrase in the subject line: "Count Me In For the Next Letter Writing Campaign!" Don't wait to send this email off! I will begin drafting a letter very soon to send off.

I know it's rough for many of you. It infuriates me to receive more and more emails from people who are struggling with there loans. It's also saddening to be reading the emails from people who are telling me that they are "planning" on defaulting because they have no other choice. You are always in my thoughts, and I sincerely hope that we - collectively - can make a difference that will matter now.

I guess the best I can say in closing is this: hang in there. You are not alone in this battle for higher education justice.

I am grateful to be connected to so many wonderful Americans. You humble me with your honesty, integrity, and amazing backgrounds.

With all of my respect,
Cryn
Your Public Servant 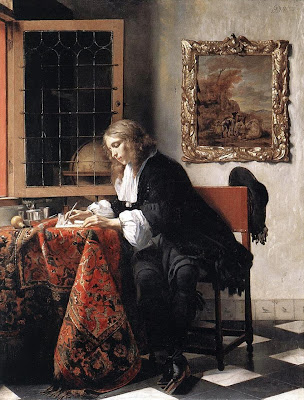 I can't believe the response I am getting! It's amazing.

What are you, 5? You did not get a personalized letter from the president. You got a form letter with a pre-printed signature. Also, why does nearly every one of your blog posts have to do with how important you think you are? You're not.

You do so much for us - Thank you!

a futile exercise in class warfare

It's not about me - it's pathetic that you don't realize that, Anonymous. Do you hold some sort of grudge against me? Do I know you? Because you sound awfully jealous or something. The tone is oddly familiar. But I appreciate you visiting my blog so often and letting me know that my work matters. Thank you!

TormentorSioux - really? Is that what happened during the Civil Rights movement? Was it just a futile attempt that failed?

Oh, and I should add, Anon, that those who read my blog regularly and who are volunteering for these campaigns - among other things - have the FREEDOM to do what they wish for this movement. There is no heading that calls it by my name. I am also mature enough to know that this cause is bigger than I am. It's not about who I am - it's about helping millions of people. I've busted my a-- for them for NOTHING, and I did that prior to leaving a group that I still respect. They know that. They know I'm doing this as a public servant and for no money. I also picked up and left the country. Have you done that? Have you knocked on doors of policy analysts? Have you made a point to reach out to higher education policy analysts for student loan debtors? Why don't you stop hiding behind the name Anonymous here and post under your true name.

Just keep going. We know you are behind us, and we are behind you as well C Cryn Johannsen.

Cryn, dont listen to them. You give us so much hope, and I REALLY appreciate your all that you do. Thank you.

You know, I'm with you and behind you!

If all cannot figure it out, you know you are doing the right thing...for millions of the oppressed. I think it is mighty noble. Come July I’ll have more time and I’ll join you. Standing up for the downtrodden is a fine purpose for living. Sorry about the Anon,I still have one PT job left.

No need to apologize about being Anonymous. I am very glad you shared. I hope that you can find more permanent work. Thanks for the kind words. It means a lot to me.