As a result of my advocacy work for student borrowers, Sarah Shelnutt reached out to me a few months ago with a moving story about her daily struggles and family circumstance. I encouraged her to draft a formal narrative that detailed her life. Specifically, I asked her to describe what it's like to be drowning in student loan debt, now jobless, and - even more tragic - supporting her parents, both of whom have serious health problems.


Correspondence with this young woman was inspiring. She never once moaned about her circumstances (although she is justified in doing so), and I was awestruck by her cheerful attitude. While reading her heart-wrenching narrative that resulted in several tearful moments, I suddenly stopped crying when she signed off in this way: "I suppose we're an interesting/unusual case with the crumbling economy. I'm going to make an attempt to catalog at least some of it. . . .Thanks for listening. :) "

Wow. I never realized the power of a smiley face icon until this moment.

Its simplicity also made me feel a bit foolish for being so weepy. I shouldn't have to cry over her circumstances, because there should be policy makers making note of these tales and doing something about it now - I know if I were a policy maker or had any direct lines into the White House or ties to the Department of Education, I wouldn't be crying, but rather insisting that we shift that stimulus money in this direction, i.e., towards people who are drowning in student loan debt. (I mean, right now the Obama Adminstration is determining what to do with $3 billion. Why couldn't some of that money be used to help out student borrowers? Why is there any reason to say no? Keep in mind, those who helped Obama win the election - age group of 18-30 somethings -  are now those who are facing crushing student loan debt along with unemployment or severe underemployment).

Sarah and her family would definitely benefit from some help.

Moreover, United Professionals was interested in Sarah's story, too. (I passed it along to a close partner there). We agreed that it would be great if  Sarah were willing to be featured. Her story entitled, "Desperate to Pay Bills and Buy Food," is provocative because it highlights several crises that are occurring in this country. Sarah and her parents are suffering the following systemic problems that millions of other Americans are facing:

(a) The student lending crisis - at this point, there is no alternative policy in place that could help people like Sarah immediately
(b) The health care crisis
(c) Joblessness and underemployment
(d) Fears of impending foreclosure

Sarah Shelnutt poignantly discusses her struggles and current circumstances - policy makers ought to be aware that her story is not unusual. United Professionals said about her story (that is, unfortunately, all too common in the U.S.), "this kind of thing should not be happening in the U.S., the richest country in the world." Indeed.

Sarah and millions of people like her are why I'm frantically working on things behind the scenes (that's between the times I'm selling cashmere sweaters). I am also glad that many talented and smart volunteers in Nebraska, Louisiana, Pennsylvania, Arkansas, Minnesota, Kentucky, and so forth are making inroads on the local and state levels.

This battle is far from over, but our window of opportunity will not remain open forever. 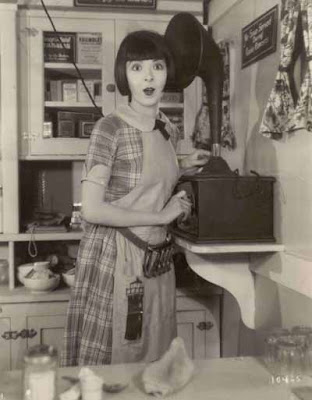 Despite Sarah's crumbling financial situation and overwhelming responsibilities, she remains cheerful and hard-working. Let's hope she can be a successful cake maker some day.

Posted by Cryn Johannsen at 6:36 PM