Last Friday, AEM broke the news that David Goodstein, a former high-ranking employee at Kaplan University, settled his suit against the school for $1.6 million. There was something remarkable about the case. In many instances, if the students even win, they never see a dime of the settlement money. That is not the case here. The NYT picked up the story hours later, and provided details on the disbursement of the money, stating, "the settlement includes nearly $500,000 to be paid on behalf of 43 students who had taken out student loans for the program, but were not able to graduate because the school, one of Kaplan’s for-profit campuses, had no placement for them."


David Goodstein agreed to answer some questions about his settlement. We spoke briefly by phone on Friday (I called to congratulate him), and he then answered a few questions later that day by email.


CCJ: This settlement is great, especially because students are seeing a direct benefit from it and being refunded. But do you really think settlements are the best way to solve the problem with proprietary schools and their practices?

If you could change the current higher educational system, what do you think should happen to proprietary schools? Is it unrealistic to shut them all down?


DG: Although there are probably some schools that are ok the vast majority are a waste of the students' time and money both. They make lots of money for the shareholders. Given a choice of all or nothing, I would shut them down.

CCJ: Have you spoken to any of the former students about the settlement? Were they surprised by the outcome?

DG: To date I have not spoken to any of the former students. I would hope that this gets them talking to each other and perhaps a class action will come out of it by all the students who are not being reimbursed.
David had the courage to stand up against an exploitative system. It was brave of him to fight against this pernicious "university." We need more people in the world like David. It was an honor to speak with him again, and I am glad he initially came to me in November of 2010 to discuss the suit.


While the suit doesn't address the systemic problems that have led to the student lending crisis, it is a victory for these students who were defrauded. Like David, I hope they file a class action suit against the school. I am working on several large writing projects at the moment, but I am definitely going to try and get in touch with a few of these individuals and ask them for interviews. Stay tuned for updates. 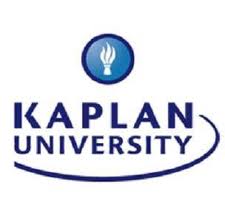 God Bless David Goodstein for letting people such as myself that Kaplan/Washington Post can be beat.

I am a former student of Kaplan university online. What Kaplan did through the fraud, misreprentation etc..(pick the word that fits) was to ruin my credit and my life. What I'm doing about it ? I obtained an attorney and I'm working on recouping my losses. Thanks one more time for the example. Kaplan is not bullet proof. Thanks Sandra Bures

I'm glad you liked the post. David Goodstein did a great job. I agree with you!

In the meta-struggle between soulless, fake-person corporations and actual warm blooded people, this battle is right in the center of the front lines. Very glad to see the actual human beings get a win here. Thanks for posting this!