Classroom Time For The Reader Who Said: "No 'solutions' are needed as there is no problem"


If you have heard problematic claims made about my character, please feel free to email me about it (ccrynjohannnsen AT gmail DOT com) and avoid feeding the trolls.


A reader made this incorrect statement today (see the comments):


No 'solutions' are needed as there is no problem. Do not borrow money that you cannot repay. If you do borrow money, pay it back per the agreed loan terms or bear the consequences.

[Note that no change in bankruptcy laws is remotely possible with Republicans in charge of the House of Reps and 60 votes needed to overcome Senate filibusters. That said, those who wish to spin their wheels trying are obviously free to do so.]

When I first began researching and writing about the student loan debt crisis, I had readers say this all the time. Frankly, I'm surprised to see it again, because things have (a) gotten so much worse and (b) our hard work is getting noticed by major media outlets (I now write for several of them, including USA Today).

Since I am an educator, I think this reader needs to be educated on the topic. Here's my response: 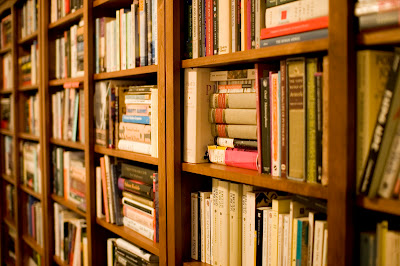 Posted by Cryn Johannsen at 2:35 PM

Those the piece of trash who wrote the following:

"No 'solutions' are needed as there is no problem. Do not borrow money that you cannot repay. If you do borrow money, pay it back per the agreed loan terms or bear the consequences.
[Note that no change in bankruptcy laws is remotely possible with Republicans in charge of the House of Reps and 60 votes needed to overcome Senate filibusters. That said, those who wish to spin their wheels trying are obviously free to do so.]"

Do you feel the same when we allow corporations to evade taxation? Do you support allowing those with credit card debt to discharge their purchases in bankruptcy? What are your "thoughts" on Hideous Toupee Donald Trump - and his numerous business bankruptcies?!?!

I only needed the loan, which was in addition to my school loans, because, after three years studying a school that charged me tens of thousands in annual tuition, I still had to pay thousands to Bar Bri and find a way to live without working for at least six months while I studied for the bar and tried to find a job in an over-saturated legal market, one which my professors NEVER EXPECTED all, or even most, of my classmates at a top-25 school to be able to enter.

I think there's a problem.

Donald Trump sheared off the riding end of a crusty old witch broom, and then crazy glued it onto his craven and dull pate.

He did it so as to adorn his lifeless Kewpie doll, doll face, with puckered lips and lifeless, greedy eyes.

He is, a Willie Stark. He is. A nothing.

You hit the nail on the head. The problem is that individual incomes have declined in real terms since the early 1970s when the post-war boom ended. Ironically, when the USA had more income redistribution and higher marginal income tax and corporate tax rates (I realize there were a lot of deductions for high-earners and that is part of the reason they put in the AMT), the USA's economic growth was stronger. Conversely, the American economy has been much more poorly performing since we switched to a paradigm of restricting social programs, cutting taxes and focusing on monetary policy over fiscal policy. And the progress in reducing inequality during the postwar era has been reversed over the past three eras. Lower inequality has been associated with better economic performance overall. Allowing more people to participate in the fruits of the American economy helped everyone, including the high-income groups.

On the other hand, more and more data will emerge over the next few months and years indicating that student loan borrowing and debt is much smaller (less of a problem) than the press has indicated and is restricted to small sectors, such as for-profit education. The problem with law school is not student loans. Student loans are just one of the smaller symptoms of the larger problem. In addition, the available, loan-related solutions on the law school end are relatively straightforward and limited -- repeal the Grad PLUS loan, whose introduction in 2006 removed loan limits and thus tied sticker prices much more closely to borrowing and largely removed institutional incentives for controlling net prices.

Does anyone believe that the bankruptcy laws will be changed with Republicans in charge of the House of Reps? I don't think it will happen. The time for making a bankruptcy law change expired when the Republicans took control of the House in 2010. The Dems had the White House, the Senate and the House of Reps for two full years from 2008-2010 and STILL didn't make student loan debt dischargeable. That was when the Dems had the political power to make the change and chose not to even try. It was not and is not a high priority. And those who think the Republicans will pass a law making student loan debt dischargeable are fooling themselves.

Just one person's opinion and I could be proven wrong; so any who feel strongly should pursue the change they want. That's how the system works and it works beautifully.

Now the lender expects repayment and Liz thinks there's a problem...with everyone except her.

If you have a college education and actually believe ANY of the filth that you wrote above, then you should seek a refund from the institution you graduated from.

I am just as cynical as you are about this bill succeeding. As you're probably aware, there is a bill that has been introduced by Sens. Franken, Durbin, and Whitehouse with Reps. Cohen, Miller, et al. to restore bankruptcy protection rights for student debtors. See here: http://durbin.senate.gov/public/index.cfm/pressreleases?ID=f7c84e6c-f2ac-4ee5-b466-f461b0f0de8a

I've been working on other policy initiatives for borrowers as well as articles, so I haven't taken a look at the language or provisions of this bill.

If they could get support from Republicans, that would be great. But I'm not holding my breath. On my last trip to DC in January, I had a grim discussion with a sympathetic and understanding Congressman - we discussed the problem with his new (ahem) colleagues. It's so bad right now, that one of these new you-know-whats wants to make it impossible to discharge MEDICAL bills in bankruptcy. The two of us agreed - the student loan debt problem isn't going away, and chances of a bill like this succeeding are slim.

@12:27 Please tell me you actually read the post. I was hoping to educate folks about this issue. You're missing Liz's point. She's illustrating the problem on a micro-level. That doesn't diminish the crisis on the macro-level. That's the damned point. (Nando - good one!)

Oh so you don't think there's a problem? Hmmm... you must have been born to a rich family and didn't have a care in the world... that makes you not only ignorant to what's going on in the real world today but also clueless as to how it's affecting those borrowers... it seems the only institution you graduated from was your daddy's wallet... Come back when you have something concrete and factual to discuss because $900 billion dollars in outstanding debt sure sounds like a big problem to me and don't put all the blame the students... it's the majority of the lenders and schools who go after them with their deceptive ways and practices just to make a buck and that IS a fact!

@Anonymous 5:20 AM - thanks for your comments. I fully understand the points you reiterated from my piece about the overall decline in wages, growing inequality over the past 3 decades, etc., etc. However, I am curious as to why you think that the student loan debt crisis isn't significant? I get your point about it fitting into larger problems( i.e., societal/institutional/structural issues, not to mention the triumph of neoliberalism that obviously coincides with the death of the state). But I think the issue of education being undermined, overall, is enormously important. (In saying that, I'm not suggesting you don't agree). Getting back to the financial and economic repercussions, how can you argue that it's insignificant when we are fast approaching the $1 trillion amount in outstanding student loan debt?

There is nothing especially significant about the $1 trillion level. What matters is the amount that is never repaid. That's why we must continue to empower debt collectors - to ensure full repayment. I support reform of the FDCPA to strengthen the rights of both direct creditors and secondary buyers of student loan debt. This is the kind of discipline which will help all wayward debtors become useful members of society in the long run.

@Anonymous 6:04 PM - your remark doesn't even warrant a response. You are sorely out of touch, and just a symptom of how this country is filled with ethically bankrupt 'things' with poorly articulated thoughts.

Did you see this? Scary:
http://www.news10.net/news/article/141072/2/Dept-of-Education-breaks-down-Stockton-mans-door

I did - I just blogged about it. It is very, very disturbing.