Mixture Of Happiness And Dread: "My son just got accepted into UC-Santa Cruz, but . . ."

A woman wrote to me last night and let me know that she has mixed feelings about her son's acceptance letter from UC-Santa Cruz. I think her note speaks volumes about the fears that many parents are now having about their kids going off to school, especially when they are aware of the student loan debt crisis. Perhaps I am being presumptuous, but I think it is safe to assume that the kids who are currently sitting with me in this great coffee shop, that's a few blocks from Brown, aren't too concerned about student loan debt. (Although, I will say that I overheard a young woman complaining about her debt - it sounds like she's in med school at Brown. Graduate students are a different crew of people).

For most parents, I am sure many of them are fretting about sending their kids to school, and wondering how they'll be able to help them manage tuition (which continues to go up and up and up - oh, well, as long as no one asks why), the cost of living, and so forth. On another note, a friend of mine, who is leaving Korea soon, just let me know that he's going to grad school in the fall. When I inquired about the school's whereabouts, he said, "it's in the U.K. It's much more affordable than the U.S." I am glad to hear that he is going to pursue further education but at a much more reasonable price than most schools in the U.S. Any knowledge of the current situation points to how crippled the system has become, at least for student borrowers.

As for the mother I mentioned already, here's what she had to say in her email that was entitled, "A mixture of happiness and dread:"

Hi Cryn, well my son was just accepted to UC Santa Cruz, his second choice to UC Berkeley. He is an extremely brilliant kid, 19 and a Chem major .  .  . I am excited yet I am fearful about his future debts to this backwards educational system (future indentured educated citizen). . . Sometimes I wish we would have stayed in Finland where the Universities are virtually free. Anyway, thanks for all your insight and your writings.


I exchanged several emails with this mother, and first replied, "Have you read my piece about ways to minimize student loan debt? I am happy to help you brainstorm on how to avoid accruing too much debt. Obviously, you are aware of the situation, and really that is winning half the battle at this moment. Any awareness is a great thing, because so many are not, and that is what pains me for those who are soon-to-be-students."

Are you preparing to see your child leave for school? If so, are you concerned about the amount of debt s/he is going to accrue while in school? Are you fearful, like this mother, that your son or daughter will become part of the indentured educated class? 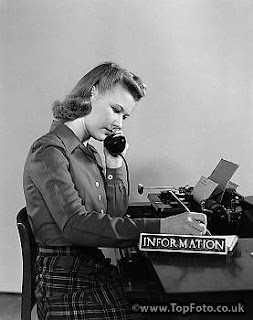 As a person who has ended up on the Ash Heap for life with Student Loan Debt, I am not one to give advice.

All I can say is be careful. Be very, very careful, and let fear temper any rashness when borrowing.

It is not just any old loan. It is the most predatory type of loan known to mankind, and History may show someday that Student Loans during this period are criminal.

The Universities take the money and run. The banks profit enormously and severely punish many borrowers financially for life.

Oh who cares. No one is listening. My life is over and in the trash.

If you cannot afford higher education, do not go until you can pay in advance. DO NOT BORROW for it. Never, Ever.

I'm undergoing certain procedures next month to ensure that I will never have to worry about what this woman is worrying about. I shudder to think what college costs would be for children not yet born, so I've decided simply not to have any.

Your post on minimizing student loans didn't mention the possibility of using credit cards as a means to cover costs at community college or some state institutions. These are a much better choice then student loans for most people.

The schools do not need to care. After all, these "educators" and "professors" are paid up front, in full. You, the student, is stuck with the NON-DISCHARGEABLE debt. What a great $y$tem, huh?!

Are there any cases by now of people who are drowning in Student Loan Debt with children that are college age, and that are also borrowing large amounts in student loans?

All hail the mighty Banana Slugs!!!