Let's say most reply with a flat "yes" to this question. However, a more nuanced response will lead us to so many answers, and based upon the, uh, . . . party (I'm using that term in an open-ended way) you're asking, the explanation(s) for why it is bad will vary enormously.

But to put it bluntly and folksy, people, trust in government is at an all time low. That worries me greatly, and I am beginning to understand why President Obama is working so much on compromise. Things in D.C. are a disaster. Those eight years before he entered office have done enormous damage, and being overseas makes me fear that I may never be able to come home. I realize that's hyperbolic, but our country is in shambles when it comes to politics, but I hope that it doesn't turn into some bloody war. So, I'm going to step back on my pressure - just an eensy-weensy bit - and observe Pres. Obama's next moves. (Moreover, Noam Chomksy recently said, "The mood of the country is frightening. The level of anger, frustration and hatred of institutions is not organized in a constructive way." I had a conversation via email with Dr. Chomsky before I left, and he sympathized with my frustration with the fact that I couldn't find a job in the U.S.).

One thing is true, people are angry as hell and for a lot of different reasons. Many of them have every right to be angry. I'll be the first to admit that I encourage people to vent their anger on Education Matters. I think it's especially important for those who are part of the indentured educated class to voice their anger. As most of you have said, I'm one of the few people who has given a damn and has listened. Not only that, I've decided to take it upon myself to advocate daily and also encourage others to get involved. This movement, at least here, is about democratic decisions, and that's why I urge you to think of ways to help the cause. But I digress.

At this juncture, it's easy just to say, "government is to blame for everything," or "government is bad." In a recent survey from the Pew Research Center, they found that 8 out of 10 Americans do not trust the Federal Government and do not believe it can solve the nation's most pressing problems.

With upcoming elections, those on the Hill are more than just aware of these sorts of findings.

Many of those who are Education Policy Staffers read this blog, and I've been in touch with a number of them. They are good people, and they agree with me: something must be done to help student loan debtors. Perhaps some of you think I am a fool, but I trust these individuals and I believe that their offices are genuinely concerned about the well-being of those of us who comprise the indentured educated class. As a result of much time spent on raising holy hell, I think we're finally, finally getting somewhere (see my recent posts here, here, and here). Rest assured, I am wary and all too familiar with who may play a big role in drafting upcoming legislation related to private student loans. I am more than just concerned about that. Nevertheless, I've gotten to know these people and I think they have good-intentions and are aware of the student lending crisis.

My last post, "Methinks this is a sign of progress," received a mix of responses, however. While, many are encouraged by the fact that the Dept. of Education has responded to my letters of appeal, there was an equal number of people who quickly jumped on my remarks, and let me know that the Government is bad, etc., etc. Let me be clear, I am not trying to attack the individuals who said these negative things, but I do find, and for many reasons, this distrust more than just troubling. (Again, I want to assure all of you that you are more than welcome to say what you like here and on my Facebook page - that's what I'm here for: to allow you to vent and express yourself freely).

Most of the people for whom I have been advocating recognize the type of work I've done in D.C. while I was still living there. As I already mentioned, I was able to meet face-to-face with key policy analysts, etc., etc. Moreover, I was even able to ask Sec. Arne Duncan some direct questions at a University of Chicago Alumni Event when I was a Promotional Writer and Cheerleader for a student loan reform group. So, the time spent in D.C. was fruitful, and I continue to work on nurturing those relationships for the indentured educated class. As many of you know, I have been enormously frustrated with this situation (that's putting it lightly). I am the angriest, and oftentimes feel worthless as an advocate, when I read new emails from people who are desperate and sharing their student loan horror stories. So many of them tell me that they feel ashamed, that they may end intimate relationships, etc., etc., because they decided to obtain a degree in higher education. How absurd is that? I have gotten to know so many of you, and even met a few of you in person, and there have been days when I've felt like I was just banging my head against a wall. However, the events in the last two weeks, and what's happened in terms of additional and key lines (or, so I hope) of communication opening up have given me a new sense of hope, especially about this Administration.

We should not be so quick to disregard the fact that the Department of Education has reached out to me and offered to listen. For the most part, those with private loans have been left on the sidelines, seemingly forgotten. I think that this recent email from the Dept. of Education is a good sign. As I already mentioned, I have ties to people there and also on the Hill. We should not always generalize about the Government, and conclude that it's all bad. After all, it is my hope to end up in some sort of government position that will enable me to be an advocate for those pursuing higher education. I wish to ensure that those who seek higher education are given a chance to voice their problems. In short, I think that a person like me belongs in Government. (Hint, hint - would you vote for me and/or help me win an election in the future?)


All right. It's time for me to stop and eat some Kimchi. Let's continue to fight this battle together - everyone of you deserves some sort of relief and some sound solutions, and I am not giving up until we get there . . . 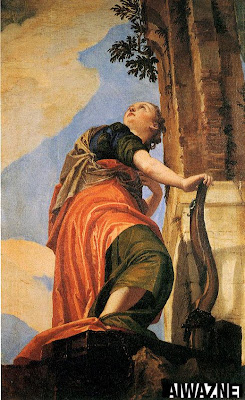 Cryn, you got me started in this! you will never what good you have done! if it wasn't for you, there are many people who wouldn't be involved, PLEASE keep keeping on! we have to keep this momentum!

I think that there is more of a problem beyond policy. It's the DoE attitude towards borrowers. I, for one, as sick to death of being treated like a lying, cheated slug-of-a-human being by them. I'm sick to death of being blown off by the very agency that is supposedly there to assist with problems that arise during the loan servicing process. Let's face it; the DoE does exactly what Sallie Mae tells them to do. They are supposed to be 'fair and impartial' Yeah, right. I have complained about fraudulent records for YEARS and not once, ever, has the Doe requested, looked at or even addressed this. If the Doe stepped up and forced Sallie Mae to be accountable, borrowers wouldn't have near the problems that we have.

You are good servant of the motherland comrade.

Aksteve - right, because it's sooooo communistic. How very observant!

I would totally vote for you! I know you would represent us well because you feel our pain. It would be a dream to have you in a political office. Is it too soon to have you become the next Secretary of Education? :)

I think I just vomited in my mouth a little.