Student Loan Defaults - Reader's Reaction, and Why I Still Give A F$%*K! About This Country

Yesterday, I wrote a piece about defaulting on your student loans, and that sparked a lot of interesting reactions from readers. I was most struck by what AtheistATLawyer said. S/he wrote:

What are they going to do?? I don't plan on ever paying back my student loans. Fuck the shitty gov't and fuck this awful country.

This is the result of the law school scam. Patriots turning their back on this 'country' BECAUSE IT IS SHIT.

Here's how I replied:

@AtheistATLawyer - I feel your rage. That is why I am doing everything in my power to raise holy hell about this situation.

I know a lot of people are defaulting and have defaulted because they had no other choice.

It's disgusting and wrong and we need to do something about it.

I don't say fuck this country, because there are too many great people here.

The remembrance of 9-11 and how people sacrificed their lives for others is proof of that. And in saying that, I do think it's despicable the way in which the Bush Administration turned that into something else in the years that followed, and Budweiser had ads last night to buy their beer by using 9-11 images (fuck those assholes). That's all shit. But you know what isn't shit? Those people who decided to take down United 93. Those were good people. The people who helped each other out of the towers. The first responders who gave such a shit that most of them DIED under melting rods of twisted steal in order to evacuate others. As people went down the stairs, those men and women WENT UP to their deaths, high above the NYC skyline. They went up because that was the right thing to do. In a small, Irish neighborhood that was hit the hardest, police men there watched out for a shop owner named Mohammed. They were worried that he'd be targeted, because he was from Lebanon. You know what? He wasn't, because people had opened up their arms to him years earlier when he opened a bagel shop. 9/11 didn't change that for him, and he's still there and happy to be part of that community. Someone could come back and accuse me of being overly-sentimental, but I say screw that. This shit MATTERS, and we need to remind ourselves of the fact that there are good people out there and that they do good things for one another.

We need to insist that our institutions reflect the good things about us, and that means that you and others who have defaulted should be given a break. You don't deserve this shit.

Yesterday [September 11th] reminded me of a lot of painful things, especially the way we went to war for no reason in Iraq. So many lives lost. So many innocent lives. At the same time we stopped investing in our communities and people here. It's painful, because it's the opposite of how people responded on that dreadful day. They should be our role models, because they gave a shit about one another. And as a result of giving a shit, there were lots of people who survived that event.

I give a fuck about this country because it produced Father Mychal Judge - http://marginsofeverdaylife.blogspot.com/2011/09/in-memorian-loss-of-thousands-of-souls.html [It was also beautiful to see that my fellow comrade, Dona Furiosa, over at Scholastic Snake Oil, also wrote a heartfelt piece about Father Mychal - bless you, Dona].

We need to think about how we can give a shit and then demand change.

I'm exhausted and tired of this bullshit too. We don't deserve to suffer under these economic conditions. It's un-American.

Henry Giroux is right. The U.S. exhibits a culture of cruelty (look at the recent GOP debates for evidence of how blood thirsty and uncaring we have become, or so it seems from all the hooting and clapping over vicious, disgusting things). In many ways, it seems that civil society is being torn apart, and if you turn to thoughtful writers, many of them are bemoaning the collapse of Empire. Giroux is also right in saying that we are dominated by a punishing state. A punishing state that fears its youth, turns them into debtors for life or incarcerates them at a frightening pace. Americans only represent about 5 percent of the world's population, one-quarter of the entire world's inmates are incarcerated in the United States. How's that for privatizing the prison system?!? Indeed, we are witnessing the eradication of our democratic values.

Does that mean it's hopeless. No way. Far from it. As Giroux recently wrote:

In the spirit of the tenth anniversary of 9/11, the nation engaged in acts of mourning and heartfelt remembrance for the nearly 3,000 victims who lost their lives. In the face of unspeakable hardship and suffering, people all over the country, not only those directly involved in rescue and recovery efforts, reaffirmed the dignity of public values, the social good and the importance of caring for the lives of others.

What the collective response to 9/11 signifies amid the suffering and despair is a gesture of hope, a recognition that in the behavior of those who sacrificed themselves to help others, a bittersweet beacon of the repressed spirit of democracy shone forth [my emphasis]. The call to witnessing and counter-memory exceeds the despair of the past and speaks also to the future. It is a call that is prophetic in its insistence that the economic, political and social conditions be created for upcoming generations to decide their own future and take back their country from the dark and dangerous policies and politics that have chosen authoritarianism over democracy.

It's time for us to bring back our country from the brink, to denounce this frightful authoritarianism, and begin to invest in people and communities again. The wars must end. We need to bring our troops home, and stop placing them in catastrophic, violent, deadly situations. That is one of the ways we'll solve the student lending crisis. Start investing in things here. 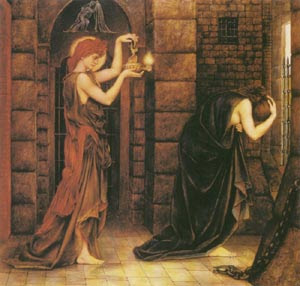 No offense, but if you're looking to the 10th anniversary of 9/11 for a reason to believe in our country, then you're ignoring the literally hundreds of thousands of innocent people who don't look like you or me that we murdered over the last 10 years. You should also know that over 46 million people live in poverty in a country that spends a trillion $ on guns every year. And, if you were to listen to the politics, it's not just O.K. but actually the right thing to do. I'm not telling you to give up. But I am suggesting that there's quite a lot of complete bullshit being shoved your and my direction that you shouldn't really be encouraged by.

@Anonymous 8:52 PM - I am disgusted by what has happened to millions of people after 9/11 (it's the senseless wars that have gone on for far too long). That's why I said I can't stand what the Bush Administration did to that date. It's disgusting. You're right. I agree with you. I also think Giroux has a good point about remembering the day and all of that loss, and what it can mean with coming to terms with a long, dark decade - we must grasp onto hope and create something better than this dystopic shit that we claim to be "democratic." Mind you, people who died in those towers and elsewhere weren't JUST Americans and they not all of them "look like you and me."

I appreciate your points, and thanks for sharing.

But most of the, say, 300,000 people that died in Iraq and Afghanistan didn't look like you or me, and in all the sentimentality and enormous football field-size flags over the weekend, nothing came through quite as clearly as the message that we have something to be proud of. I think you do have a point in your specific examples of people who, yes, did the right thing, but they're far, far outweighed by people who gobbled up or choked down all the patriotism last week and still apparently not only think that what's happened is O.K., but that it was the right thing to do - both in respect of the wars and the raw capitalist economy. I don't know. I like your blog, and I like you for doing what you are, but this post just didn't feel quite so good to me. Difference of opinion, but that is mine.

If there is no change... there will be blood on the streets. It's coming to a city near you. The rage continues to build, and I will get my revenge on those who took advantage of me, lied to me.

"I object to violence because when it appears to do good, the good is only temporary; the evil it does is permanent." - Mahatma Gandhi

"At the center of non-violence stands the principle of love." - Martin Luther King, Jr.

"Nonviolence is a powerful and just weapon, which cuts without wounding and ennobles the man who wields it. It is a sword that heals." -Martin Luther King, Jr.

I do not advocate violence. I want my revenge.

The "law professors" and "deans" should have to live on 10k a year.

Revenge would be sweet.

@AtheistATLawyer - thanks for the clarification. Rest assured, I feel your anger. I am just as outraged.