The NYT reported that a large portion of funds from the new Post 9/11 G.I. bill is being funneled into the pernicious, predatory for-profits.


Data on the first two years of the program show large numbers of veterans — and the government dollars that follow them — going to for-profit chains. Of the $4.4 billion the Department of Veterans Affairs disbursed during the 2010-2011 academic year, $1 billion went to just eight for-profit schools. The top seven recipients were all for-profit institutions.

[T]he G.I. Bill attracts particular scrutiny because of concerns veterans are being aggressively recruited by institutions that generally have higher costs, default rates and dropout rates [my emphasis]. For-profits enrolled roughly 25 percent of veterans using the program but received 37 percent of the GI Bill funds.

Senator Harkin (D-IA) has done a superb job in scrutinizing the for-profits, and deserves credit for his hard work in exposing the fraudulent activities of these "schools." In this particular article he's quoted saying:  "It's possible that 100 percent of a college's or university's revenue can come from the taxpayers . . . No skin in the game. That's not a good situation for the taxpayers."

Can you pitch in $10 to help AEM return to D.C. in November?

These schools should not be benefiting in this way, and the spin coming from their lobbying groups is pathetic. HIGHER EDUCATION SHOULD NOT BE FOR-PROFIT. Period. And shame on those Ivy League educated folks who are part of this machine. They should be ashamed of themselves. Many of the institutions  who are the so-called "non-profits" are to blame for this disaster too. But keep recruiting the young, the poor, the minorities, and then when they wind up drowning in debt, you can turn around and blame them! Bravo! Bravo! I love how we don't insist that institutions take responsibility for their wrong-doing and their misleading actions, but we sure insist that individual citizens do. Ain't it grand?!?

But you what is grand? Enrollment at these cesspools is down! That's right. They have taken a hit, and so has the value of their putrid stocks.

This is not about "consumer choice," as these pernicious institutions try to argue. Nice spin, but it ain't convincing. These institutions are preying upon our soldiers, as well as the poor and minorities. 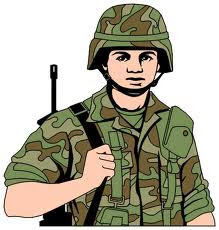 Posted by Cryn Johannsen at 1:52 AM

Cryn, I'm glad you brought this up. While I opposed, from the very beginnng, the American invasion of Iraq and interventions in Afghanistan and Pakistan, I have great respect for our veterans. So I am upset at having witnessed firsthand the scamming you describe.

One of my blog entries discusses my experience and impressions of current and former military personnel in a for-profit college:
http://scholasticsnakeoil.blogspot.com/2011/08/on-veterans-and-for-profits.html