As I mentioned earlier, Bloomberg reported that if the US defaults and loses its AAA rating, investors might begin to sell off government-backed student loans. The value is a drop in the bucket. It's merely $250 billion in government-backed securities. So . . . yeah, no biggie. But perhaps being so nonchalant about  the issue is wrong? Hmmm . . . I wonder. Since I have been wondering and reading some piss-poor 'analysis' on the subject, I asked people who actually know what they are talking about.

I've spoken with a few economists as well as with a savvy financial reporter, and asked them what they think would happen to student loan debtors if the US defaults. Here's what they had to say:

I'm leaning toward believing that a complete collapse of the financial system, as well as the dollar, would be a *good* thing for the indentured educated class (in a narrow respect), as systemic failure might be the only thing that would cause actual *big* corrective actions to be taken, e.g. a blanket debt forgiveness/Jubilee or other such things. In addition, if the banks collapse, our bought-and-sold-passed-her​e-passed-there debt instruments might simply disappear within the system, as the chain of ownership collapses!

Quite intriguing and optimistic even though the collapse will be, obviously, cataclysmic.

Someone else asked me what could happen to loans that have been consolidated and have fixed rates. Certainly nothing will change with those loans, and the rates in place won't change. But it would be insane if that turned out to be false. Can you imagine the number of people who would be ruined financially if they changed those terms and conditions?

I am, by the way, not trying to be alarmist. In addition, I am not suggesting that this will happen. We - all of us - are merely theorizing, because no one really knows what will happen if the US defaults.

Finally, another reliable source suggested that variable rates could skyrocket. The cost of new loans would most likely balloon.

Thinking about the ramifications of investors selling off government-backed loans is just wild! 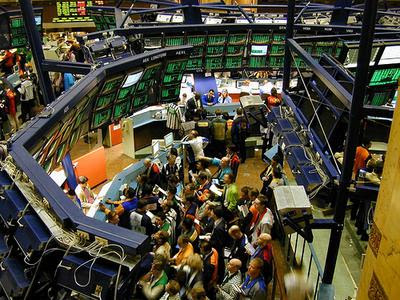 Wait... so he literally said the same thing four times? Am I misreading something?

If I could hire an editor, pay them well, and offer them outstanding health care to help me with writing glitches, I would! I am, however, a writer and an editor. It's been 11 hours of writing - this is my 3rd piece, plus I've written 20 pages of something else. It was my error. Forgive me!

Totally forgiven, I was just confused.

This is basically what I've been saying. The main negative impact of US default upon you student debt slaves will be the hyperinflation that makes your income (if any) almost worthless. The upside will be that UNLESS your loans are somehow redenominated in post-hyperinflation dollars, then they'll become virtually worthless in the medium-future. A 300,000 dollar debt will be easy to pay off when 300,000 dollars is the price of a sandwich - assuming you have enough money (or barter) go get a sandwich.

Ten or twenty years from now I anticipate returning to America and buying an 18th century townhouse for a pittance. In a generous mood I might hire some former investment bankers as my maid and janitor.

@OneWhoSurvived - you're reminding me of Weimar Germany!

Heh, Cryn, you're talking to a numismatist. What you mean about Weimar Germany (and USA post 2011) is like THIS:

...and the cultural consequences of Weimar Germany were like this in 1930 http://www.youtube.com/watch?v=HaZDiKRT1is

By the way, Cryn, although it seems you and I agree on most things that really matter, I recall a while ago I posted (perhaps anonymously) a comment in which I said homosexual "marriage" is a distraction from real social justice, and you reproached me for my scorn of "identity politics". Well, I suggest we should agree to disagree about homosexual "marriage", which to my mind is in the same spirit (exponentially corrupted) of Weimar Germany...

...whose successor state, the Third Reich under the Nazi Party, was mortally anti-Christian, and anti-Civilisation. My point being (vis a via homosexual "marriage") that homosexual "marriage" is one among many symptoms of a civilisation in deep decay, whose lack of any commonly assumed traditional morals make it ripe for a new kind of Nazism, or perhaps even something worse...

...and yes, I can conceive of some ideologies EVEN WORSE THAN Nazism! And I don't rule out the prospect of America inventing them, and believing in them and enforcing them. In fact, I think America has already begun to do so.