If you are new to All Education Matters, I want to assure you that you are not alone. There are millions of people, like you, who are struggling or unable to pay off their student loan debt. In fact, by June of 2012 outstanding student loan debt is expected to hit $1 trillion. That is precisely why I assert that there is a student loan debt crisis. While many critics will suggest that it is your responsibility to pay back your loans, they fail to grasp two important things. First, nearly all the student debtors with whom I have spoken (and by now that is in the thousands) want to pay back their loans. They take full responsibility for their student loan debt, but are frustrated by the private lenders' refusal to work with them on negotiating new terms for repayment. Moreover, if one defers or puts loan(s) into forbearance, that borrower can rack up hefty fees, penalties, accrued interest, etc. That means that a modest loan can quickly balloon, making it difficult to ever pay off. (There is also the issue of defaulters, but I'll table that one for now). I know of countless cases in which someone borrowed, say, $50,000 and now owes upwards of $100,000 or more. Sadly, lenders can justify their fees all they wish, and they are getting away with it. Those justifications, however, will fall on deaf ears in this corner of the world, and that is because they are making money by keeping people in debt. Sick, isn't it? That tells me that the system is broken. It is usury at its worst, and that is why we need a solution now.

I am Cryn Johannsen, the founder & executive director of All Education Matters (AEM). I am an advocate and researcher for - what I call - the indentured educated class (i.e., student loan debtors). I am a regular writer for USA Today and have blogged for the Huffington Post. In addition, I have been published in scholarly journals and revered online publications (see here and here), and am well-connected to other groups and individuals who work on issues relating to student loan debt and higher education finance reform. Indeed, there are the non-profit groups like SponsorChange, the political groups, like Shared Sacrifice, and the ever aggressive 'scambloggers,' who work on exposing the truth about law schools. Nando's Third Tier Reality is most notable, and we have worked together on numerous occasions. (Most recently, Nando and I organized an online talk - the JD in the New Economy - with WestLaw. I was the moderator, and Nando was one of the panelists. Incidentally, you can sign up and listen to that debate for free). That's just the tip of the iceberg when it comes to the various groups and individuals whom I work with. I also work on a regular basis with congressional offices and policymakers in order to influence legislation that has the potential of affecting millions of student loan debtors. Most recently, I was the managing editor for EduLender's blog, EduTrends.

I am also an educator, and am passionate about teaching (I have taught abroad and in the U.S.). Last year, when I founded AEM, I was teaching and living abroad in Korea. I have now lived on three continents and am in touch with ex-pats and international friends on a regular basis. This provides me with a global perspective on issues relating to finance, higher education, markets, etc. First and foremost, AEM serves as a public service to inform and educate student loan debtors. That is why I recently launched a new series - Living Abroad - to provide recent graduates with information on living and working outside of the U.S. The latest piece can be read here.

What is AEM? Why does it matter?

Thanks to generous donations from readers, AEM officially became a 501(c)(4) in October of 2010.  While millennials are facing the highest level of student loan debt ever, my research shows that the student loan debt crisis is an inter-generational problem. There are a multitude of people from varying backgrounds and of different ages who are struggling or unable to pay off their debt. Although I still run AEM just as I had in the past, the organization is no longer asking for donations or actively involved in fundraising campaigns of any sort. There are complicated reasons for why I came to that decision, and part of the explanation can be read in a post entitled, "AEM is over."

All Education Matters began as a research and policy-based blog about the student loan debt crisis. I launched AEM in July of 2009 when I took a week of vacation from my publishing job. Since I am more than just a little bit familiar with the academic milieu (I was working on my Ph.D. to become a professor in the cultural and intellectual history of modern Europe), I wanted to create a blog that discussed higher education and academia. At the same time I was the promotional writer and marketer of social media for a student loan debt movement, so the nature of my work became focused on issues relating to student loan debt, defaulted borrowers, and so forth.

I made a point to write at least 2-3 times a week, and was able to make critical connections with people in D.C. (where I was residing at the time) who were (and are) part of higher education policy circles. In addition, I was meeting authors and activists whom I have respected for years, the most important being Barbara Ehrenreich. She is a woman I deeply admire, and that is because Barb is an intellectual and an activist. We've spent quite a bit of time together discussing various societal crises in the U.S., and of course a part of those discussions have been about student loan debt. (She's a big supporter of my work, which is humbling). More recently, I have been in frequent contact with Henry Giroux, a public intellectual who has deep concerns about the state of higher education in the U.S.

Recently, I was asked by someone in Hollywood to send them links to what I believed to be the most important pieces I've written on the subject of student loan debt. So here they are (some of them are links above):

"Point/Counterpoint: Pell Grant Funding," Splashlife (originally posted on May 25, 2011)
(My piece on the issue is in favor of increasing Pell - Splashlife wanted two perspectives on the issues).

"The New Indentured Educated Class: If only they had their health . . .," New England Journal of Higher Education, November 18, 2010

"Student Loan Debtor Confesses: 'I think about jumping out of the 27th floor window of the office every day," Huffington Post (originally posted December 20, 2010)

"Plight of Current Borrowers: An Appeal for Immediate Relief," Paper delivered at a convention sponsored by the Rainbow PUSH Coalition and the Rev. Jesse Jackson (submitted when I was unable to attend as a panelist) 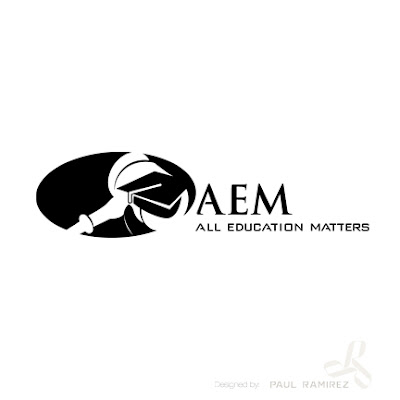