Earlier this year J. Devoy raised the question of mass suicide among debtors in a piece entitled (yeah, you guessed it), "Would mass suicide affect student loan practices?"

The title is more than just a little worrisome, especially since I am currently writing a piece on the topic of suicide and suicidal thoughts among student loan debtors. Moreover, the number of emails I am receiving from desperate and suicidal individuals is terrifying. I've discussed the possibility of revolting en masse, and that's good when it comes to collective action. But nobody these days gives a crap about that on the Hill. However, collective suicide should be getting the attention of policymakers. But is it or would it? Probably not. They're too busy cutting deals for the rich. Who gives a shit about the poor and the indentured? Yeah. To hell with us. And I want to thank Roberto Rodriguez for caring  about the indentured educated class, too. Thanks, buddy. It's great to know that you care about our voice. Go. You.

At least Bernie Sanders gives a damned. We have one person inside the Beltway who hasn't been deafened by the roaring motors of lobbyists and cha-ching.

Here's a recap of my previous work on suicide:

-"Suicide Among Debtors: Who's Thought About It?"

- "For The Indentured Educated Class, Suicidal Thoughts Are Not Merely An Individual Problem" 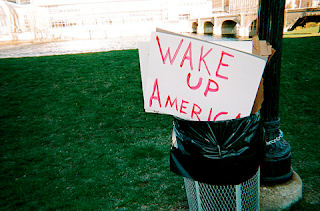