I've been sending George Miller's Labor and Education Committee Staffer(s) tweets for well over 6 months (their handle is@edlabordems), and until last week, my tweets that had called for immediate action to help the indentured educated class had gone unanswered. By the way, I think Twitter is an enormously powerful tool for us, so I urge you to get involved politically with me on Twitter. You can follow me @cjohanns.


You would be helping out tremendously if you were to send tweets to political offices, like Rep. Miller's, 2-3 times a day.
Those of you who think it was a generic response will be proven wrong. I demanded that they respond to our cries for help, and I succeeded in receiving substantive replies.


More than $250 Million in Federal Funding To Be Released Today to Help Students Graduate #College. http://go.usa.gov/xeO
So I tweeted back:
It's great to see you helping students graduate, but what about student debtors?!? Do you not care about us? #studentloans
That's how we ended up with this string of interaction:
@cjohanns We've done a lot to make college more affordable, including income-based repayment of student loans.
@edlabordems I know, and that's great. But that's not enough.
@edlabordems IBR helps a small percentage of people. I'd also like to know what plans you have to help those in #default.
@cjohanns For millions of students, IBR, which was expanded under SAFRA, is a critical step forward that wasn't available before.
@edlabordems I have applauded IBR, and have connections to TICAS.org (I know they are behind this prgm). However . . . when you consider
@edlabordems that student loan debt now exceeds credit card debt rates, and is nearing $900 billion, this is simply not enough.
@edlabordems As the saying goes, we live in extraordinary times, and that means we must take drastic measure to help Americans.
@edlabordems As it stands, I don't see that being the case when it comes to student loan debtors. I would know firsthand.
@edlabordems I am in touch with thousands of debtors, and they are struggling greatly. They feel betrayed.
@edlabordems If the #dems implement positive measures, I am always quick to applaud your efforts.
@edlabordems So far, there has been NOTHING done to help those in #default. That bothers me greatly.
Then there was suddenly a break through!
@cjohanns We’re glad you’re doing this work. We also plan to keep working to make college and student loans more affordable and manageable.
@edlabordems I can tell you that on behalf of the indentured educated class this statement means a great deal to us, and we wish to meet w/u
I also asked them about their plans to help those in default again. Here's what they had to say about that:
@cjohanns We can’t share specific future plans right now, but we’re listening to what you have to say.
They also corrected their earlier statement about IBR when I asked for evidence of it helping millions of people already. They tweeted:
@cjohanns Maybe shld have said IBR “can be” a step forward for millions. WH est 1.2 mil would qualify for expanded IBR.
The real responses, the acknowledgment of our existence, and the fact that I was told that my work is appreciated by them, all of these things are huge. We've finally gotten noticed, and I am confident that this is only the beginning. Someone is finally getting it inside the Beltway, and I think we should all
send Rep. Miller's office a big thanks for these responses.
It is my hope that they will share their ideas on their plans to help those in default with me. I'd be happy to provide them with feedback and suggestions. As I told them, I am in touch with thousands and thousands of debtors. I understand this crisis at the macro- and micro-level. It is my hope that my research, my support of the indentured educated class, and so forth will be of use to Rep. Miller's office and others in D.C. That's why I am doing all this work, to be of service to my country and to raise awareness about the suffering that so many of you are enduring. You are suffering simply because you wanted to obtain a degree. That's not America to me. That doesn't represent American ideals in my view. That doesn't speak of opportunity.
Indeed, higher education has been co-opted by a financial system that is destroying its importance and crushing students. Granted if one assesses the lending structure from a historical perspective, it made sense at one time. But that was long ago, and it's since been sorely corrupted. If we allow this, as Americans, to continue, the repercussions will be devastating to the economic vitality of the United States of America. Furthermore, any claims that we are educating too many people is absurd. There are plenty of countries (I'm living in one) who educate more of their population than we do. In fact, over 60% of South Koreans are college educated. Moreover, these students and their families in this country aren't overwhelmed with crushing debt after the fact ,and they have some highly reputable institutions of higher learning. That's why we must look beyond our borders, and at countries in which higher education is not such a financial drain on its citizens and taxpayers. It is possible to educate a large percentage of the population  at a reasonable cost. We must radically rethink the way we finance higher education. If we do not, eventual competitors, like South Korea, could run us into the ground.
Hopefully, for the hope of our economic growth and standing in the world, the era of the indentured educate citizen will soon come to an end. 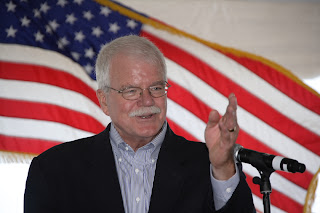 Posted by Cryn Johannsen at 5:45 AM

One reader provided me with scanned documents showing that his original loan amount was $79K in 1997 - after undergrad and law school. At that time, his loans were with Sallie Mae - with a 9.00% interest rate. After several deferments, he now owes $271,982.81 at 8.25% interest.

Nando - thanks for sharing. That's absolutely ridiculous, and exactly why something drastic must be done to solve this crisis.

"Indeed, higher education has been co-opted by a financial system that is destroying its importance and crushing students. Granted if one assesses the lending structure from a historical perspective, it made sense at one time. But that was long ago, and it's since been sorely corrupted."

There are no perfect people. Only perfect intentions.
And it really is amazing how far afield everything has gone.

How well intentioned it all was in the beginning, and how different it all is now.

I applaud you Cryn! What a great breakthrough.

While I think higher education needs tons of drastic reforms, there are many other things that need to take precedence before it in order for the US to become great again.