It sounds like an indentured educated citizen, Ted Brassfield, was able to express a lot of our concerns to President Obama during a televised CNBC town-hall meeting this past Monday. As the NYT reported, somewhat in passing, "a 30-year-old law school graduate told Mr. Obama that he had hoped to pursue a career in public service — like the president — but complained that he could barely pay the interest on his student loans, let alone think of getting married or starting a family.

The graduate student continued, "'I was really inspired by you and your campaign and the message you brought, and that inspiration is dying away,' he said, adding, '"And I really want to know, is the American dream dead for me?'"

I just spoke to a young professional the other night about the American dream, or perhaps the disintegration thereof. Although one of my readers follows everything I write about the student lending crisis, this indentured educated citizen claims he is in denial. He kept asking me, "what about the American dream? Is it over?" (If you're interested in my answer, let me know!)

As for President Obama, here's what I think he needs to do. For starters, he needs to get rid of his economic advisors who keep talking  to him about the so-called moral hazard issue when it comes to helping us in a dramatic way. He also needs to think about some dramatic and bold ways to help change the direction of this country - we all know it's going downhill, and that means it's time for some dramatic initiatives. The tepid ones haven't done the trick. Give bolder, hotter ones a chance. I mean, if they fail, who cares? At least you tried to open the faucet for real change, right? That's what your campaign was all about.

So I implore you, Mr. Obama, to get rid of these people in your administration. Or in the very least have a talk with those of us who are advocating for the indentured educated class (I'm eager to speak to Roberto Rodriguez, because Lord knows, we've sent him, among others, enough letters, for some sort of response. I won't accept the excuse that the President is bogged down with 'so many things.' That's why he has experts like Mr. Rodriguez to respond to the crisis of higher education. Mr. Rodriguez is failing to do his job well).

A fresh perspective about the student lending crisis and what's happening to education people outside the beltway could really help you . . . that's if you ask me, a nationwide advocate for student loan debtors. Naturally, the loud noises from the belching lobbyists on those ideological highways can muffle the cries of desperation that even I can hear loud and clear on this tiny peninsula in Asia. However, my ears are open to the cries of truth, and I'm not in political office, something which has clearly forced you to compromise your values. 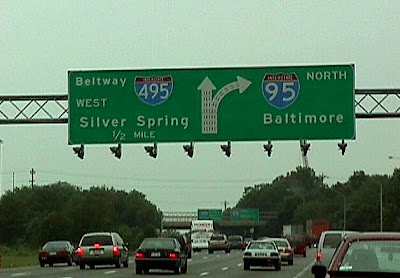 Posted by Cryn Johannsen at 6:34 AM