Noteworthy remarks posted to my recent piece "Destroying The Educated Family, One Member At A Time:"

- Demosthenes of America said... The fact that there are so many stories like this is unconscionable to me. Once again, we are overflowing with "attorneys" but what can an attorney do? Represent them as an advocate against loan companies and debt collectors?

These are systemic, structural problems that can't be addressed on a case by case basis--what's needed is leadership and compassion from policymakers and our elected political leaders...but they have nothing but public scorn and spite for those on the receiving end of this "recession."

- Demosthenes of America (again wins a place this evening for exemplary comments): Absolutely. Every moment is a conscious choice. These problems are made by people, they can be solved by people.

My grandfather and his entire family were "okies," the people who had to flee the dust bowl and search for work. There have been several fascinating books written by environmental historians that detail how the Dust Bowl was not an Act of God--but the eventual outcome of specific policies and cultural practices in farming and land use that led to the severity of the conditions in the Dust Bowl.

The situation with the economy and the debt burden is no different. For anyone in a decision-making capacity to attribute the current situation solely to moral failings or bad personal decisions on the part of borrowers is out of their mind.

Every social justice movement in history has started somewhere. Just because improvements have been made in a society's laws and/or habits does not mean the underlying causes of discrimination, racism, etc. vanish.

These problems CAN be solved for the better. All it takes is political will. Or as Teddy Roosevelt said, "Blood, toil, sweat and tears."

-Anonymous wrote: You’re doing great work here. Don’t give in to that “multi-decade” “marathon” mentality. We’re the “on-demand” generation and can achieve results much sooner. Look how fast we can communicate around the world.

You’ve made the argument, and the emotional stories will create sympathy. However, if we expect to make any real progress, we have to come up with solutions. Here are my suggestions: (1) make student loan repayments contingent on income with the schools (not the taxpayers) taking the loss (this will create an incentive for schools to find reasonable employment for their graduates and/or limit enrollment in "worthless" programs), (2) start suing and revoking licenses/aid for schools that mislead or can't place graduates in suitable employment, (3) allow student loans to be discharged in bankruptcy after a specified time (e.g. 5 years after graduation) or number of unsuccessful legitimate attempts to gain suitable employment (why should you have to pay for something that you can't use and is thus defective?), (4) pass legislation prohibiting employment discrimination based on being educated or “overqualified,” (5) get organized and threaten to flee the country if some form of relief isn’t provided (if significant numbers leave, how many workers will be left to pay into Medicare and SS?) and (6) update the “Brother, can you spare a dime?” song for the Great Recession (e.g., “Obama, can you spare some change?”)

- Frank The Underemployed Professional said: These stories are just more anecdotal evidence that our nation needs real socialized medicine. Every other first world nation has it.

Our health care system is the most expensive and inefficient in the world, consuming a whopping 17% of GDP while leaving tens of millions of Americans uninsured or under-insured with tens of millions more living in sheer terror of losing their jobs and/or health coverage. We also have hundreds of thousands of medical bankruptcies every year. Also, our current system places a tremendous burden on businesses.

In contrast, nations with socialized medicine spend a far smaller percentage of their GDP on health care, have 100% coverage, have a more content populace, have almost no medical bankruptcies, and often have the same or more doctors per capita. Their businesses don't have to worry about health insurance benefit concerns. (However, they have far fewer wealthy insurance and for-profit hospital executives. I know, it's tragic.)

All of my personal experiences over the past decade have transformed me from an advocate of laissez-faire capitalism into an advocate of a mixed economy. Sadly, free market dogma and fear of socialism is so deeply-ingrained in this country that market forces will have to impoverish tens of millions more Americans first before the masses have the political will and desire to overhaul the structure of the nation's economy. 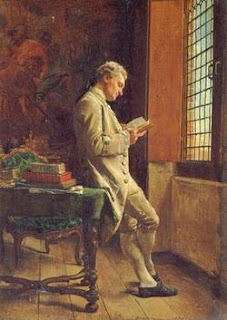 like Anonymous' idea of bankruptcy after a specified time (i actually think 5 years is too low), everyone would go bankrupt...i think 10-14 years would be better....it's already been that long for me, so...and if socialized medicine why not socialized education (though i think even NZ charges for their education now (a tiny bit) b/c they ran out of money....ditto the Oregonian health care program which ran out of money a few months after i left the state (though $6 a month was an exceptional deal:). And lastly, I wonder if someone is already working on the Obama song?

Thanks for the honorable mention!

One of the quotes I live by comes from an aboriginal activist named by Lila Watson that is fitting (and should be taken to heart by those in positions of "power"):

You're quite welcome. I think that quote is awesome, and I appreciate you sharing it!