TormentorSioux is a frequent poster on Education Matters. Since his/her remarks are usually gratuitous, I don't always bother putting them up. But the recent one on my piece about Sallie Mae warrants a quick remark.

You see, it's a good thing that many of us don't think like TormentorSioux. If we did, this world would be a depressing, ugly place. In fact, it wouldn't even be a world worth living in.

S/he often tells me to get over it. To accept the way things are with regard to the student lending crisis. The last thing S/he wrote was the following: "this is the new world order! when will you get it?"-TormentorSioux

Not only does this strike me as a person who is ill-informed and filled with foolish ideas, but it also makes me think that they are terribly frightened of anything that may change dramatically. Even if that change is good. Here's what I said:  I don't buy that, TormentorSioux. For instance, what if Martin Luther King just accepted his own world of injustice and inequality? Or what if women had said, "oh, well, they're right. We do belong in the kitchen, barefoot and pregnant." Well, that's not what those people did. They fought for the rights of others, and it's sad that people like you think in such narrow-minded ways.

That's right. I believe in action. And that's just what I intend to continue doing. You can taunt me all you like. You can tell me that I'm not getting anywhere. But I urge you, TormentorSioux, and others like you, to read through Education Matters. You'll find that this work is not just about writing for debtors. It's about action in the real world.

And now I am off to educate some great kids. That type of action is just as important as what I am doing for those who are part of the indentured educated class. What sort of educating and community service do you do, TormentorSioux? You're just a weak avatar, at least that's what I think at this very moment. Show your face. Tell me your name. Tell me who you are. Tell me why you are so dismissive, mean, and seemingly ignorant. Right now I pity you. Perhaps if you actually told me who you are - as I am out in the open online - I'd sympathize with you. Until you do that, I will pity your pathetic posts. 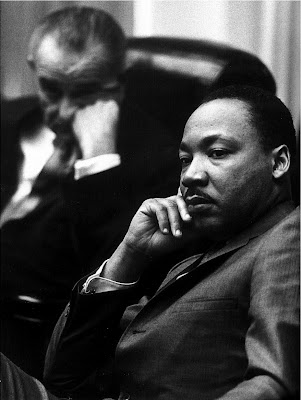 Don't let the naysayers get you down. Quite frankly, I wouldn't have even bothered writing a post about this troll. Not worth my time. Furthermore, I wouldn't be surprised if TormentorSioux was really someone involved in the lending industry. They see how influential you have been and it irks him or her greatly. I have my detractors as well and if anything it fills me with more fire to fight even harder.

Well said "medicinesux"... not only a troll but a flammer came to my mind! They have nothing better to do than post something with the sheer intention of getting a reaction! I totally agree I would just "ignore" them and move on they're just not worth the time or effort... we have much more important things to do! :)

Points taken. However, it sure inspired me to think about naysayers in the past!