WHY ISN'T THE HILL INVESTIGATING THIS SITUATION? ANSWER ME THAT.

As many of you know, I spoke to Mary Pilon several weeks ago about the student lending crisis. We had a good talk for nearly an hour, and I put her in touch with student loan defaulters (a number of you agreed to speak with her and share your personal stories - thanks so much for being willing to discuss such a personal topic). Ms. Pilon informed me that she'd be writing several pieces, and I am glad that someone else is interested in discussing this issue that I've been writing about for months and months and months (I had hoped she would've mentioned my name solely for the purpose of letting student loan debtors know that there is an advocate out there as well as a community of people to whom they can turn). Moreover, so many of you have been sharing and discussing the issue and possible solutions too. We've been sending letters to our representatives, Sec. Duncan, and the White House. I've had some opportunities to ask the White House direct questions during phone conferences, and also been in touch with Sen. Sherrod Brown's education staffer.

In any event, she put out piece entitled, "The $555,000 Student-Loan Burden," and here's my question for THE HILL - why don't you care about this type of story? Seriously, why do you continue to overlook the student lending crisis? INVESTIGATE THIS PROBLEM NOW. That's my demand. Sure, you can ignore me, because I guess I'm just "blogging" about it, but enough is enough. Honestly, your lack of attention to the student lending crisis makes me sick.

This problem is a joke. It's an absolute joke, especially when you think about higher education in the U.S. and its level of cost in comparison to other countries. Do you people really think we're going to continue to be world leaders if you allow a system to turn those who are educated into indentured servants? I mean, come on . . . In addition, those who know any better will simply FLEE the country for better opportunities abroad (not only that, there are NO jobs in the U.S., so that kinda kills the b---s--t claim that going into debt for a degree is so-called "good debt.") I have already met others from the Ivies in Korea. They have been lured away for better job possibilities in Asia. LISTEN TO ME.

You have these two things people:

(1) The new American class - the indentured educated class, who can't BUY homes, HAVE children, etc., etc.
(2) Major brain drain - countries like Korea (that's only one example) are hungry to hire the best and the brightest from OUR best schools.

I don't think I need to be any clearer on this problem.

Please put these two things together and think about the ramifications of these components at the global level - it's not good for America.

Cheers from outside of my homeland . . . 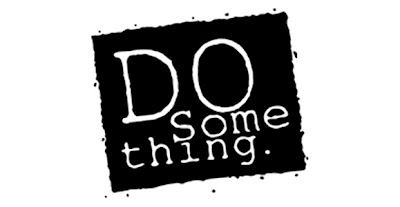 "Do Something" I cannot agree more.

I am sick to death of this problem being shrugged off like it's not there. I'm tired of congress not acknowledging the 800 pound baby elephant in the room that's going to grow up to be a 10,000 pound elephant and become a problem impossible to ignore.

That's what this is - a rapidly growing problem that is going to harm our country and our economy unless action is taken NOW. I am $100,000 in federal student loan debt, living at home with my parents, and unable to contribute to the economy because literally 110% of my monthly income is going towards student loans. That's right - I have to somehow scrounge up 10% of my loan payment outside of my income. The most heartbreaking part? Of my monthly payment, more than 90% is going towards interest. Interest! I am on the graduated payment plan because otherwise, I would be paying $1000 a month.

I know this argument has been made hundreds of times before, but if we can bail out the banks, why not give even a tiny helping hand to the student loan debtors? Even if they don't forgive the debt, they could eliminate the interest! If I wasn't paying interest, then 100% of my monthly payment would be going towards principal.

Federal taxes are taken out every week on my paycheck. 100% of my paycheck is given right to the federal government (U.S. Department of Education) to pay my student loans. 90% of that is going towards interest. All of my money is being given to the U.S. Government! ALL of it! Where is the logic here? I cannot buy a car, can't buy clothes, cannot afford health insurance, can't contribute to the economy at all!

If anyone who can make a difference is reading this, please, DO something. Listen to Ms. Johannsen, to everyone who is warning of the storm to come. More and more businesses will close because a growing chunk of the U.S. population will not have any disposable income to buy. Our economy will only get worse unless something is done about this student loan crisis.

Yes people with power to make change do DO something! I am $120,000 in debt by now and have yet to find work worthy of what I paid to go to college. And I know I am not alone. I am 43. My kids 10, 12 - at this rate I won't be able to help them go to college and I will definitely tell them they can be successful without a college degree and dissuade them from ever borrowing to go to school. I know many people in a better position I am in because they never went to college and don't have this "toxic" education debt. The lending industry lies about the average debt burden - we all know it higher than $20,000. Who can get through college for so little with what tuitions are these days. It is such a trap for young people - go away to college take out tons of loans to live off of and then they think there's a great job out there, but they end up working any odd job that they never needed a degree for in the first place cause all that they can find! And then they're supposed to pay back the useless education with interest! I WANT A REFUND on my education.

I am so thankful to you Cryn for your dedicated advocacy.

I am as flabbergasted as you all are.

I think referring to averages makes the cause seem less serious.
Most averages I've seen are less than 30k.
Everyone I know who went to college has more than 50k in debt.

I don't have a philosophical problem with paying back my student loans, but the compounding interest is killing me.

I am also underemployed.
I earned my MA in May of 2008. I am now teaching 12 credits as an adjunct and another 20 hr/wk in higher ed admin. I don't get any benefits and pay more than $300/mon for a state subsidized health insurance policy.

I consulted a lawyer b/c I can't afford housing in the NY tri-state area (which I can't leave b/c of custody arrangements) and my SL's.
He said without hesitation that I should stop paying my SL's.

I don't want to because I've been so careful with my credit, but I also don't want to loose custody of my daughter because of homelessness.

I love learning and I’m glad I got an education, but I wish I didn’t because of the debt load. I got a master’s because it was supposed to make me more money. Now, almost 2 yrs out of grad school, I’m finally making what I was with a bachelors.

I too am grateful for Cryn – otherwise I would think I’m the one loser who can’t seem to figure out how to get on my feet.

Here is my message to "The Hill":

Predatory student loans are warfare on women and other historically economically disenfranchised groups. If it was not, one would not be punished in interest for using one’s hardship deferment. Students would be allowed to receive food stamps and other aid. The “bootstrapper” advocates who encourage women to go back to school would not punish these same women (particularly single moms) for taking out extra loans to cover their child care and living expenses.

We, the people who took out student loans to get the education that was supposed to make our lives and the lives of our families and communities better, are also the ones who heeded the call to be a “bootstraper”. We have work ethic; we contribute financially and socially, yet we are abandoned and ignored by the very people who intimated and stated that higher education is the answer.

It is time that the hypocrisy in student loan policy be acknowledged. What sense does it make that a chronic gambler can discharge his debt, but people who make the country better through scholarly pursuits can not? What sense does it make to charge someone interest while they are in a HARDSHIP deferment? Why bother to encourage mothers (especially single mothers) to go back to school to improve the lives of their children and then throw them under the bus financially?

Undo (meaning give credits for past payments) and stop compounding interest. Make student loans like a mortgage - one big number that gets paid down bit by bit.

Allow students to receive social services like food stamps, subsidized housing and childcare (OR at least let student loan debt be a factor in allowing someone to qualify).