Quick Note: The President's State of the Union Address 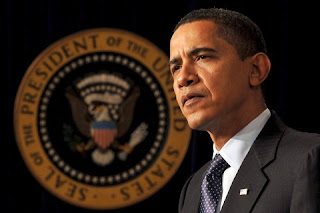 President Obama has sent several letters out to us about our concerns regarding the student lending crisis. Those aren't the words he used in his letter to me, but this issue has definitely been elevated. If you're receiving letters directly from the White House, you know you've succeeded in getting their attention on a policy issue!

The White House is fully aware of this problem, and I have more evidence (soon to follow) of that fact.

I think it would be great if his speechwriters would include a few remarks about the student lending crisis in his upcoming State of the Union address. My hunch is this: that would mean so much to hundreds of thousands (if not millions) of Americans who are struggling or unable to pay off their student loans. (Every day at least 2 or 3 people write to me and tell me that they are on the brink of defaulting. It's too bad there are so many falling of the grid, and it's all because they wanted to better themselves through higher education. The student lending crisis has arrived, and it won't be changing anytime soon. That's why we are seeking immediate solutions to the problem and hope that President Obama will continue to listen sympathetically to our voices).

Rest assured, many of us are thrilled that your office has sent out letters to us.

As for my readers, keep up the good work! Continue writing and calling the Department of Education, your representatives, and the White House.
Posted by Cryn Johannsen at 9:39 AM