Betrayal in Kentucky, in North Carolina, and . . . 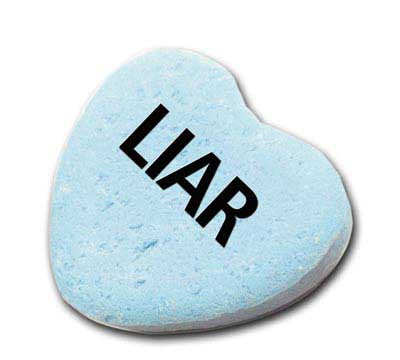 In June 2009 Stephen Burd over at the New American Foundation wrote a piece here that critiqued a NYT article on the 7000 nurses and teachers who were betrayed in Kentucky on their promise of student loan forgiveness. The NYT did an awful dang good job of making these teachers look bad. They pictured one young, indentured, educated couple with a flat screen television. The image is something that naturally suggests they aren't drowning in student loan debt and are clearly making foolish decisions when it comes to their finances. Oh, boy, I really liked how the NYT included this picture - it did a great service to these folks who were promised loan forgiveness and then were later informed that, uh, it wouldn't be happening. Oh, well, I guess in this country it's all right for lenders to back out on their promises.

But I digress. Back to the "important" things and real meat of this article.

One reader stated, "Sell the TV + one car, find part-time work and pay down debt. With IRS revenues are down 34% from last year and state revenues similarly down- I don't think we should expect a bailout."

But it's all right when the U.S. Government bails out the corporations that brought the world markets to their knees? Also, the economic health of society is driven by consumption. But that's really not the point. I am not in favor of a consumer-driven economy, but that's the absurd reality in which we all live and somehow accept. But it doesn't matter if this particular couple - who were clearly portrayed in an unfavorable light - own a flat-screen T.V. I mean, if you compare it to blaming a rape victim, it's like saying, "hey, rape victim, buy a pair of pants. Stop wearing short skirts." As the saying goes - it's your own damned fault that you're in the situation you're in. Hmph. It's just ridiculous and disgusting and pointless to say.  But thank you, NYT, for taking a picture of their flat screen-TV. Well done. Bravo.

Instead of looking at the bigger picture, instead of pointing out systemic abuse and corruption, we love to nit-pick. We love frivolity. We like to blast people for things that aren't even relevant to the bigger point - they were lied to, along with 7000 other educators in Kentucky. That's what matters. (We as a society prefer to blame the victim(s) and not look at why people are victimized). And I can assure this presumptuous and judgmental reader that most of the people I know who are drowning in student loan debt have more than 2 jobs. Some of them have 3 jobs. So there!

I know there's a close race right now in Kentucky with the Attorney General. He hasn't been sympathetic to these teachers, and I'd really like to talk to some of these educators about their situation. I think we could influence this primary if we were to raise some hell. Maybe that could make a difference .  . .

There's yet another case (shocking!) in N.C. too. There, about 70 teachers are claiming that they've been denied loan forgiveness.  But I am sure that there was some "misunderstanding." Even if there wasn't a misunderstanding, and the teachers are right, who knows if they'll be granted what they are owed. Just like the teachers in Kentucky. Meanwhile, no one in the press gives a damned about the student lending crisis. Nobody pays attention in this city - that's for sure. They've all been bought out by the lenders. To confirm the so-called legitimacy of higher education, they get to attend phony award ceremonies at universities (who are also to blame), and everybody in power gets to pat themselves on the back. Job. Well. Done. Perhaps they're hoping that this problem will just go away. Well, I have news for those who ignore the problem - it ain't going away, and we're organizing across this country to make a difference.

I'm on a mission too. I want all potential college students and their parents to boycott ALL universities and colleges. If you can't foot the bill: DO NOT GO. End of story. As I've said before, college is a racket.

Thank you for this enlightening piece. Its just enraging, the lack of sympathy from the public, and how these lending companies seem to get away with murder. I wish I could have been reading this information 10 years ago. I wish my teachers would have warned me about the danger of student loans. Best wishes for this coming year.

I agree - it is enraging, but I hope that the more hell we raise, the more difficult it will be to ignore. Thanks for reading and sharing your thoughts. The fight continues.

Most of us were lied to at one point or another. Like when we were promised to be more successful in the world with a college degree. We all went to college to try and better our financial situation, and ended up compromising our day to day life. I'd rather be lied to about student loan forgiveness then not to have it offered at all.

Anon - their situation is different from yours, and I think sympathy for anyone who's in a bad situation because of the student lending crisis is warranted. Our stories are all different, but it stems from the same problems, does it not?

"i am not in favor of a consumer-driven economy" a producer-driven economy; communism? so, bottom line; you are for a student strike. i don't see that happening. do you have copy on the state's offer of student loan forgiveness? seems like trying to force the state to live up to it's word is the best route. only talking 14mil.