Last week, after I wrapped up a long day of writing and researching for EduLender, I returned to my hotel room to do more work for them and then eventually turned to AEM tasks. It was hardly a task when I called up Alan Nasser, however. We  had a long conversation, even though he was under the weather, and he shared his views on student loan debt and how it fits into the bigger picture related to our current economic system, that of capitalism. Alan is a thrilling person to talk to, and I want to thank him publicly for such a lively and engaging conversation.  It is my hope that this conversation will be the first of many more between the two of us.


Since the talk was quite lengthy and we talked about complex topics like capitalism, Keynesian economic policy, the Obama Administration, U.S. public intellectuals, etc., etc., the conversation will be posted in a series.


Let's hear what Alan has to say about our current state of affairs.


CCJ: I realize the question is broad, but please tell us a little bit about your work and what you're currently investigating. While many of AEM's readers know who you are, I'd like to allow you to discuss your research and so forth.

AN: Right now I am finishing an article called “NeoLiberalism As First and Last Resort” for a journal called State of Nature. It is about the general historical trajectory of American capitalism, which began roughly in 1823 to the present. I'm also looking at the four depressions in the U.S., including this current one. This is not a recession, it's a depression. I'm finding a pattern and certain lessons to be learned, and how they are responded to [by policymakers]. We need to correct the conditions that led to the current depression. The cause of course is capitalism. By that I mean that capitalism’s confining democratic decision-making to the political sphere only, and not to the economic, makes it so that investment decisions - and the investment decision is where it all starts - are made with the sole purpose of generating profits ad infinitum. Well, unlimited profit-making is impossible, and that’s where the cumulative instability begins. Capitalism must be understood as a dynamic system, and is probably the most unstable institution created by humans. I'm looking at how that all stands today, and where we’re going from here.


CCJ: If capitalism is dynamic, is that a good thing? What’s happening to it at this point in history?

AN: It looks as if dynamic capitalism is fizzling out. The Western countries have all become de-industrialized, and the dynamism is shifting to Asia and the BRIC countries. They will go through the same trajectory as Western countries because they too will aim at the impossible goal of unlimited growth. Perpetual growth is not possible. The requirement of growth in widgets, profits, expanding markets into perpetuity, all those things are what capitalism requires. That's impossible. I use a term that economists used to use all the time, but it has fallen out of fashion since the end of World II. It’s the notion of maturity. Once a capitalist economy has accomplished industrialization, reached maturity, further growth can only be artificially induced - e.g. by injecting the economy with an overdose of credit - at the expense of working people. I begin my new book [which hasn't been published yet], The “New Normal:” Capitalist Austerity and the Decline of American Democracy, with a quote by Sir Peter Medawar:

We have now grown used to the idea that most ordinary or natural growth processes (the growth of organisms, or populations of organisms or, for example, of cities) is not merely limited, but self-limited, i.e. is slowed down or eventually brought to a standstill as a consequence of the act of growth itself. For one reason or another, but always for some reason, organisms cannot grow indefinitely, just as beyond a certain level of size or density a population defeats its own capacity for further

CCJ: Tell us why you chose this quote by Medawar.

AN: Medawar was a Nobel Laureate. He was a humanist and wrote on a whole range of topics. He wrote about individuals as organisms which reach maturity, after which further growth is not possible. The growth of an organism is limited by the same forces that propel its growth in the first place. The same is true with populations, cities, and so forth, and is also true with capitalism. So my work on capitalism is based upon these questions: what limits its growth, i.e. what is it that makes unending economic growth impossible? What’s the process that led the U.S. to the point that our future is a permanently indebted workforce? Of course, I've enjoyed all the benefits of capitalism. I grew up during what economists now call the ‘Golden Age’, the period from 1949 to 1973, the longest period of sustained expansion in the history of capitalism. My students, on the other hand, are going to live in a different world.


CCJ: What are some other questions that drive your research?

AN: What are the dynamics that underlie and propel this process [of capitalism]? What is it that people can do to arrest this movement toward indefinite austerity in the U.S.? To me, it’s a no-brainer. It’s organized resistance.


Alan Nasser is professor emeritus of political economy at The Evergreen State College in Olympia, Washington. 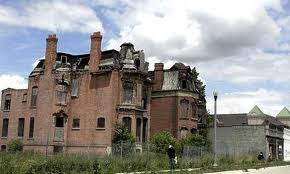 This is great Cryn. And Thanks Alan Nasser.

All I see are the trees, and all I know is that I have a lot of debt. I'm ignorant about the forest, and Economics and related theory.

But reading this has really opened my eyes.

Hope there is more to come.

There is definitely more to come, stay tuned.

so ...Mr. Nassar in other words our government did this:
"We need to correct the conditions that led to the current depression. The cause of course is capitalism. By that I mean that capitalism’s confining democratic decision-making to the political sphere only, and not to the economic, makes it so that investment decisions - and the investment decision is where it all starts - are made with the sole purpose of generating profits ad infinitum"
and as Mr. Nassar states..that is an impossible feat. If this is true than this is compiled tyranny. There is always the innocent who believes in the facade, and a messenger who will deliver the truth as this appears to be.

I am sure many truths were discussed. Hopefully, something fruitful comes out of this smoke-filled, coffehouse discussion. (I won't hold my breath. In all honesty, it will get worse until we have a revolution. Then, you will have a few years where things go smooth. After this brief stage, you will have pigs in charge again.)

Good interview; unlimited growth is cancer. I agree with him that we need to fight hard against austerity, against the lie that the bankers should make record profits after wrecking the economy, and we are the ones who should pay and sacrifice so they can have a new bubble to make their next billions.