It's a cold, frosty, icy day in D.C., but that isn't going to stop me from making it to yet another meeting on behalf of the indentured educated class and AEM, Inc. This time I am visiting with a non-profit organization to discuss a potential partnership.

As many of you are aware, I have been in D.C. since the 9th of January. In a matter of 3 weeks I have traveled nearly 8,000 miles, and have been on two continents (Seoul > L.A. > Dallas > D.C). Despite all the traveling, I am still energetic and setting up as many face-to-face meetings in D.C. as humanly possible. So far, I've had a lot of luck. I've met with staffers in various offices on the Hill, and will be meeting with more - as well as a Representative - this coming week. We have had lengthy discussions about the student lending crisis, and I have even been asked to provide them with feedback and suggestions on some forthcoming legislation. If we consider how much we had been ignored even a year ago, these conversations suggest that we're making headway. People here are listening. It would be nice if we could receive that sort of response from the White House. Sadly, they keep referring back to prospective students (for instance, see my post about Ms. HigginBottom here), even though that has absolutely nothing to do with current student loan debtors and the resulting crisis. If Pres. Obama does not listen to the voices of the indentured educated class, I have a feeling we might not be so keen on the idea of heading to the ballot boxes to vote for him. Why would any of us be motivated to support a president and an administration who continually ignore such a large portion of the population?

I've also had lunch with several important authors, and they have provided me with enormous support. One of my friends, a renowned writer and lifelong activist, has offered to organize some events to help me spread the word about AEM and the indentured educated class. I'm not just having face-to-face conversations with authors and previous policy makers. For example, Robert Reich recently responded to several of my emails and has offered to keep an eye out for grants. He closed by saying, "Thanks for your important work."

We will eventually, I am confident, open an office in the D.C. area. When that happens, I will hire staff, pay them well, and provide them with great health insurance. So many of you know that that is my biggest goal - that's because it is important to institutionalize AEM. We've incorporated and I have a team of 8 outstanding Board Members. I did have 9 until quite recently. One of my Board Members passed away unexpectedly from pancreatic cancer on January 13th. She will be sorely missed. While we certainly cannot replace her, I am turning my attention again to recruiting more Board Members and volunteers.

There's so much going on, even more than what I've mentioned above. I am also collaborating with an outstanding scamblogger, Nando, who works on revealing the often harsh realities of going to law school, taking on piles of debt, and entering a legal industry that is crumbling. You can check out his work over at Third Tier Reality. Incidentally, Nando's blog was just referenced in a NYT article entitled, "Is Law School A Losing Game?" It is one of the few pieces that adequately portrays the problems of obtaining professional degrees and taking on astronomical amounts of student loan debt. Of course, I don't think Mr. Wallerstein, a law school debtor, is depicted in a particularly positive manner, but overall I was pleased by the content of this piece.

Moreover, I am continuing to work on my research about suicide/suicidal thoughts among student loan debtors.

Finally, we are launching a new campaign that will challenge Rep. Virginia Foxx's support of lenders and so forth. If you have yet to sign up, please do so now. Email me (ccrynjohannsen AT gmail DOT com) and simply copy this into the subject line: "Virginia Foxx: Count me in for the next campaign."

Working around the clock for the indentured educated class! If you are able to do so, please donate to All Education Matters, Inc. AEM depends upon generous donations. 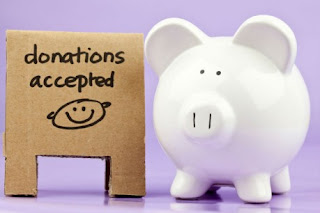 "If Pres. Obama does not listen to the voices of the indentured educated class, I have a feeling we might not be so keen on the idea of heading to the ballot boxes to vote for him."

Just wondering what you think was wrong with the depiction of Mr. Wallerstein in the NY Times article?

Personally it would have been nice to have some breakdown on how the guy got to $250,000 in total debt - obviously this could take a while to explain, but a simple summary saying "X of tutition, X of interest and Z of fees and penalties" would have been a nice way to make the total into an understandable number.

I feel like they made him out to be pretty careless and unaware of the debt he was getting himself into . . . perhaps that was the case. I don't know. I haven't spoken to Mr. Wallerstein directly. However, I think it might not be the case. It concerns me that readers will dismiss the issue and call him irresponsible, when it's clearly a much larger problem.

Wallerstein's got nothing on me. I have 289K of debt, (federally backed loans)and have been dragging it around for 14 years like Jacob Marley's ghost.It is more than triple the amount from when it started.

Like I always say, if I could have declared bankruptcy 6 or 7 years ago, the taxpayer would have saved 100 to 150K easily. So does it make sense to keep all the studen loan debtors "on the hook" for debt they will never be able to repay, at a cost so dear to the taxpayer?

I write little poems about debt and suicide too.

And I'm working on another one called: Booger Boy. In it, an evil clown taunts and teases a suicidal student debtor. The clown is inspired by a Stephen King character named "Pennywise"

JD Painter, you have great prose. Apparently, you were able to come out of law school with your humanity intact. Good for you.

Cryn, thanks for the plug. I am really looking forward to this collaborative work! Again, my condolences on the loss of your board member. We are going to keep up the fight until the bastards listen - and do something substantive to change the system!