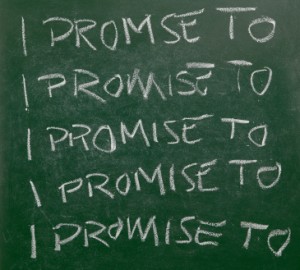 . . . lie to you. Yours truly, Kaplan University


A former high-ranking employee named David Goodstein at Kaplan University alleges that students who were enrolled in a surgical-technology program were misled and lured into taking coursework that would only leave them saddled with student loan debt, and with no prospects of actually graduating. Most of the students were minorities between the ages of 19 and 28.

"They were sold a bill of goods. It's one thing to offer a difficult program, but these students had no chance of finishing [their coursework]. In the end they have all this student loan debt from now until the grave. For what reason? So the Washington Post can be wealthier?" The Post is owned by Kaplan.

After completing three terms of intensives classes, the students were then required to enter an externship. Goodstein alleges that these externships did not exist, and that Kaplan willfully committed fraud. "There was a large backlog of students waiting for externships. On the last day of their third term, they were finally informed that there were no openings."

The school sold a program they knew the students would never be able to graduate from.

This poses problems for this particular Kaplan campus, which is apparently under investigation by the U.S. government. However, Goodstein could not receive confirmation from government employees at the state's Department of Education.

When higher education institutions receive Federal Student Aid packages from the U.S. government, under Title IV, they sign what is called a Program Participation Agreement (PPA). In so doing, they agree to abide by detailed regulations. When it comes to offering specific programs, the institutions must ensure that all the necessary components for such programs are made available so that students can successfully graduate.

In this case, Kaplan willfully failed to disclose the fact that there were an insufficient number of externships. "In my view, every time they got someone to sign up for this program, they were committing fraud."

Goodstein has worked for several other for-profit institutions and concluded, "These schools are the greediest [places] I've ever encountered. I don't care which school you're talking about, they are all profit-driven."

It also turns out that the Kaplan campus Goodstein worked at is located in a major metropolitan city with fifty or more hospitals. It would perhaps be safe to assume that most of these students could easily find themselves working on their externship in the last term of their intensive program. However, that was not the case. Goodstein explains, "For complicated reasons, like liability issues, most of these hospitals don't want these students. Moreover, those who do want students in the operating room and who are dedicated to this type of hands-on education would use their own students. So it was very difficult for these students to find externships."

It gets worse. If students did not land externships, they could not graduate from the program. Given Mr. Y's evidence, not to mention the hundreds of student loan debtors whom I advocate for and who have shared similar stories with me, it is hard to accept the recent claims that Kaplan's Post Company chairman, Donald Graham, recently made in a NYT article entitled, "Scrutiny Takes Toll on For-Profit College Company." Graham contends that for-profit schools like Kaplan are serving an important role in helping lower-income students, particularly minority students.

So these students graduate and end up with a pile of student loan debt and no prospects. Mr. Graham conveniently avoids discussing that point.

Goodstein also argues that these schools are "the darling of Wall Street."

He added, "they are driven by the bottom line. That means they would not turn away students. For example, in 2007 they earned $6 million from this program. So they fill all the classes they can, and that means more and more students are sitting by the wayside."

By 2006 the number of dropouts had increased to such a degree that this particular Kaplan campus was at risk of losing accreditation. At this point they received a letter from the state's Department of Education inquiring about the issue. That is why they are presumably under investigation.

Goodstein said, "In November of that year the school went nuts, because the state can shut you down in a heartbeat. Their end result was to follow a number of different alternatives. Their first solution was to bribe hospitals, that is they would pay a hospital between $5000 and $10000 to take on their students in externships."

Then in 2008 the program suddenly ended.

Furthermore, Goodstein believes that Jeff Conlon, the President of Kaplan Higher Education Campuses , was fully aware of these problems. "He knew about dropouts every single week. We called them 'the drops,' which was his biggest nemesis. Live students were what he wanted. If they dropped out, he saw them as dollar bills walking out the door. No one can tell me Conlon did not know what was going on."

Even worse, the Washington Post plays a role in this situation, too. That is why there is an absolute conflict of interest - something  I've written about already -  when they allow Michelle Singletary to write pieces about student loans.

More questions remain: what about all the students they misled? What has happened to them? Why hasn't the Department of Education done anything to help these students who were grossly misled by Kaplan? It seems the wrong people are paying a heavy price, but that is how it goes when it comes to the current stories that illustrate the student lending crisis. The students get screwed, the Department of Education turns a blind eye, and the bad guys (yes, they are bad guys) continue to get away with bad deeds. In the end, it is all about the big bucks, and the government has failed to do anything to stop it.
Posted by Cryn Johannsen at 12:34 PM

"The Post is owned by Kaplan." Other way around, I believe. Washington Post Company (a public company and one of Warren Buffet's long-time holdings) owns Kaplan.

But you're dead-on that this is "sordid" business. A major newspaper running for-profit education scams violates multiple norms of professionalism and ethics. Hopefully the Post's rivals will start exploring these stories more instead of buying up their own exploitative enterprises.

Yup, Kaplan is definitely a subsidiary of the Post. And the Post is sure to disclose it's conflict of interest in nearly every article it publishes. I don't see anything terribly wrong with that; Gainful Employment is big news in DC right now, and the Post kinda has an obligation beyond it's relationship with Kaplan to report on that story.

I don't like this industry any more than the next guy, but let's not get overzealous with our accusations here.

Ahhhh about time- I attended a few Kaplan online classes right before we got the news that we were pregnant with Twins.... realizing that I could not do both I obviously dropped the online College crap- (I took 3 classes)- They took all of my Financial aid money.. then harassed me for this additional $2,800- which I most certainly did not pay... (Did pay back the Federal Student loan however) Having to declare Bankruptcy to not pay them- (I took 3 classes- and was told that you were on a sliding scale in regards to time in a class to cost owed 10%,20%, etc - it was total BS) They were scum then, and are hideous cannibalistic parasites now.

Dec. 22 - that's disgusting. It shouldn't be happening to people, and we need to bring these places down. Thanks for sharing.

Surely fraud. I was a Director of Clinical Education for Kaplan. The information I have involves a program that is not being spoken about... yet. This can only enforce the case against Kaplan/Washington Post/Buffet.

@Awareness - would you be willing to tell me your story? I would like to write more about Kaplan and the relationship to the Post. Please feel free to reach. My email is ccrynjohannsen@gmail.com. If you wish to remain anonymous, that is perfectly fine.

The whistleblower suit was settled by Kaplan, Inc. Kaplan admitted no wrongdoing but agreed to pay $500,000 on behalf of 43 students who had taken out student loans for the program but were not able to graduate because they did not get a placement experience. The money went to banks to pay off the loans.