Education and Democracy: Jim Holbert Weighs In On The Discussion

I refuse to accept claims that it's not in our best interest to have a majority of the populace educated, or in the very least have access to higher education. Many of my readers strongly disagree with my stance.

I will be reporting at the World Knowledge Forum in Seoul for the next threes days, and I'm not sure I'll be able to respond entirely during this period . I was selected among 30 candidates to be a reporter for my company. The WKF is affiliated with the upcoming G20 Summit in Busan, South Korea. I will be writing articles on talks given by Tony Blair, Deven Sharma, Oliver Williamson, and others. This event will also include discussions by Fareed Zakaria, Richard Branson, Donald Trump, Paul Krugman, and so forth. I also have an editor, a press pass, and will be published in an online English newspaper in South Korea.

But let's return to why education is critical to maintaining a healthy and robust democratic society. That's what a few of these readers don't get (Nando, by the way, I am not speaking about you). There is much at stake when the discourse begins to shift toward this sentiment. In economic downturns, it is often the case that people become less generous and they are threatened by the idea of allowing access to lower income individuals, immigrants, and so forth. This anti-higher education attitude stinks of that problem. When economies are bad, people are not open to the idea of a society that enables others to succeed. Generosity shrinks, and that means that a democratic society finds itself in peril.

However, there are candidates like Rick Staggenborg (who is running for U.S. Senate in Oregon) and Jim Holbert (who is also running as a Progressive Democrat for U.S. House of Representatives in Kentucky's 5th District) who do not hold these, what I assert, dangerous feelings. Instead, they continue to insist on the importance of educating people, and of providing them with access to things that are difficult to obtain because of their socioeconomic background.

Recently, Jim Holbert weighed in on the discussion we're having about education. He eloquently stated:

"Educated people are those who have learned that they must be involved in the society in which they live, and this is why education is the hope of the people of a democratic society.

America's enlightenment-born striving toward equality is only an eddy running contrary to the powerful current of history, which has always held that ordinary people are nothing more than a herd to pay taxes and bear arms for a ruling elite.

It remains to be seen which vision will triumph, and if the American experiment is to win out, then an educated and involved population will be the means to that victory."


Stay tuned for a lengthier essay about the necessity of educating a majority of the populace, or at least offering them access to good and affordable education. 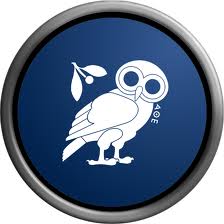 Hegel stated that "the owl of Minerva spreads its wings only with the falling of the dusk"
Posted by Cryn Johannsen at 10:27 AM

Once again I would like to hear you or Congressional candidates present a plan on how exactly we can afford giving everyone access to higher education. Our economy is in shambles and the dollar is at multi year lows against many currencies and gold is at a record high. People are furious about the budget deficits and they should be. I hope the Congressional candidates you mentioned are different then the congressmen currently in DC but I'm not sure they are. It's funny how Obama refers to the Wall St bankers as fat cats when most of DC politicians are in the same boat. But back to education...please explain to me how exactly we can afford it without going deeper into debt. And what are your candidates willing to cut in spending in order to finance higher education? Cut the generous pay/benefits of federal workers? Cut defense spending? Welfare? I wonder if the people in Congress know how to do anything besides getting elected and reelected.

You re-visit very old thoughts and ideas, and for good reason.

But what about the idea of the Free Library?

Where does that fit in?

I do recall learning way back in my childhood that Jefferson and others felt that the free public library was and is supposed to be the resource for all, and potentially for those that are poor, but self-motivated, and can teach themselves.

Herman Melville for example. Who was largely self-taught.

The best way to learn is to want to learn.

If a teacher can, at the very least, instill the desire, then the rest of the learning process will take care of itself (with good guidance of course).

What is the Public Library now?

Other than an object that receives local taxpayer dollars, and a place for a lot of regular crowd and frugal senior citizen pensioners to hang out and read a few newspapers and periodicals for free on their way home from the Post Office.

Step into a public library anywhere in the country today as a newcomer, and you will be assailed at the door with unfriendly people that ask: "Can I help YOu" or "what do you want?"

Even if you want to use the goddam copy machine.

It is all local politics. Every town in America has it. Their version of the same thing. Local politics and a sort of "Us v them" mentality.

It is like the country is at war with itself.

In staters vs out of staters.
The only spark needed to start hostility is an out of state license plate. (more on that later)

You are stretching your imagination to try to reinvent a new system as a substitute, or to fill a void that the free public library was supposed to fill.

And even Mike above, in all his financial sophistication, is following your lead, and scratching his head and for good reason.

So again I say, and I think now on further reflection tht it was Franklin and not Jefferson that argued for it..

For the free public Library. With access to all.

So simple a concept, yet so terribly corrupted, as has been the very simple concept of Education in a country, the USA that I used to think I understood.

"The goal for workers up to 64 was set to match a Georgetown University study that says two of every three jobs in Utah will require a post-secondary degree or certificate within the next decade."

Does this academic - in Washington, DC - have some sort of crystal ball?! Does this person knows what the "jobs of the future" will entail?

"State Superintendent Larry Shumway said about 35 percent of Utah residents already have a college degree, while another 10 or 15 percent have a certificate."

So, close to fifty percent of Utahns currently have a college degree or certificate. The state features low wages, as it is a "right to work" state. Yeah, I guess a college degree will be a requirement for serving lattes, showing the latest fashions at Dillard's, and driving a taxi.

Why not shoot for 100 percent participation? Yes, because if that is done, then everyone will be making decent salaries, right?

Cryn, you are incredible. I simply cannot sit back and let idiotic goals like this pass, without saying something. Does anyone actually believe that 2/3 of "future jobs" will REQUIRE a college degree? This simply will allow for-profits, private colleges, third tier toilets, and shoddy state schools to accumulate more wealth and power - at the expense of an entire generation of future debt slaves.