Those who judge lack the gift of discernment

Recently a new connection of mine commented, "gossiping hurts three people: the one that listens, the one that talks, and the one that is spoken of . . . this is akin to a type of murder of the soul, according to the Torah." People who gossip possess an evil tongue (lashon hara). A conversation ensued about the nature of gossip.

This conversation reminded me of a lengthy discussion I had had about a similar subject when I was a catechumen in Providence, RI (a befitting place to convert to Catholicism and in a parish that truly welcomed all. Case in point: the first baptism I saw at my parish was that of an adopted baby whose parents were lesbians. I knew right there and then that I was in the right parish). This particular discussion was about water cooler gossip, and why it's disrespectful to:

I've also been thinking a lot about maliciousness recently. Unfortunately, we find ourselves subjected to maliciousness all too frequently. It's most hurtful when it's a person you thought you knew or to whom you are still close . . . it's particularly bad when their gossip is turned against you. While I don't mean to simplify the rich complexity of humans and their relationships to one another, I think it's safe to say that there are two types of people in this world:

I don't mean to toot my own horn, but I know the category into which I fall. There are a lot of reasons why I fall into that category, but I'll save those details for my memoir.

I think we all judge, but when it's combined with the gift of discernment, it can be a valuable tool. Discernment makes you kinder towards others, and can also inform your politics in positive ways. 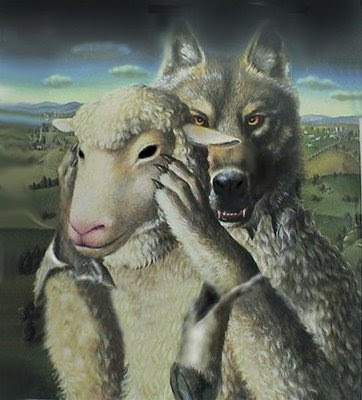 Posted by Cryn Johannsen at 5:46 PM