The Resurrection of the Dept. of Ed. G-man and America's Collective Trauma 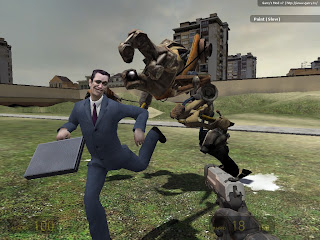 This excellent blog - History and Education: Past & Present - hasn't been updated since December 2008. It is now an electronic archive, settling itself in the binary dustbins of the internet . . . only to be resurrected by Education Matters!

It's a tale about " a modern day hero and Dept. of Ed. G-man," named Jon Oberg. Let's stir up some dust with a story that was originally a newspaper article (gasp! do those things even exist anymore? I don't like that actual dust from those worthy things are disappearing) by NYT's columnist Sam Dillon:

Dr. Jon Oberg is a Former Dept. of Education civil servant. He is now retired, occasionally teaches, and writes good reviews about books on Amazon.com. (Take a look at his profile here . I recommend reading his review of Alan Collinge's book entitled, The Student Loan Scam: The Most Oppressive Debt in U.S. History - and How We Can Fight Back).

Oberg was a whistle blower at the DOE. In the 1990s, Oberg uncovered something problematic. Non-profit lenders were taking advantage of an archaic lending system based upon subsidies from the 1980s student-lending structure. This "loophole" was bothersome to the diligent civil servant, so he fought to correct it for years. In 2007 it was finally sorted out by the DOE. (These stories make me understand a perspective with which I don't normally understand - conservatives ranting about the inadequacy and corrupt nature of "big government." Funny thing is: the party that puts forth those arguments were dominating almost the entire time).

3) What else did Oberg do to make himself worth of being called a modern day hero?

This takes us back again to the era of excessive deregulation. This really began with Reagan - that's a good departure point. Reagan liked monkeys and deregulation. He thought FDR had corrupted the country with lousy, big-bad-government programs.

When I think of Reagan, I just imagine him eating jelly beans and yelling, "Boo! Boo-big-government!"

When Bush Junior came onto the scene, he had a cabinet full of people who knew the ins and outs of playing dirty politics on the Hill (throwback to Reagan years and his daddy's). These wolves also did a very good job of disguising themselves as sheep when they appealed to their constituents. But Bush's folks had more than that: they possessed the power of institutional memory, the money to lube the right lobbying machines, and also the "luck" of being in office on that fated day. 9/11. That's one piece of this complicated history that must be dusted off and examined further. The trauma of 9/11 hit all of us. Hard. All the while deregulation marched onward and upward.

4) Where's Oberg in this picture?

Conspiracy theories are for the naive. All that was running afoul was in the American public's face. Smashed in its face. Crammed down its throat. At the same time, Americans were too busy enjoying the freedom of easy credit. Who WASN'T being approved for second loans on their houses, new cars, big T.V.s? From this vantage point, things weren't that bad. Right?

But now we all know the bliss of the roaring '20s. So many writers have made that allusion, so bringing Daisy and devastating car wrecks into this will only lead us further astray.

As we all know the roaring era we just saw was squelched when the very financial empires that brought it to life collapsed. For a while, however, Americans were able to sustain high levels of amnesic euphoria. That's related to trauma. But as trauma grows, shifts, it eventually moves to feelings of terror (remember all those boogeyman? Especially that one that nobody ever found. What was his name again? Oh, yes, Osama Bin Laden). The cycle of trauma undulates in frantic ways. The terror is felt one moment, only to be replaced by numbness. Even worse, trauma can lead to complete disengagement. People retreat from themselves, their families, and their communities. Trauma cast its shadow across the cultural and social landscape of this country.

Numbing and the desire to escape were part of our previous era. We numbed ourselves through buying bigger homes, re-doing our kitchens, and enjoying fluff like Sex & The City. Indeed. When the pendulum of trauma swung in such a way to induce collective numbness, things seemed to be working well for all of us. That trauma has been lifted, and now most of us are angry and sad.

Oberg wasn't asleep, however. He was wide awake. It was apparent to him that deregulation posed a disastrous threat to students, the economy, the nation's well-being. In 2003 he approached his superior and expressed concern that the student lending industry wielded too much power over their debtors. Not only that, Oberg was concerned that "student lending companies were improperly collecting hundreds of millions of federal subsidies and suggested how to correct the problem."

Oberg was ignored and assigned new tasks. He was told that postsecondary education finance was not of his concern. Who said that to him?

Let's call him out. Grover Whitehurst, a political appointee, said that to Oberg in November 2003. (Incidentally, Whitehurse still works for the DOE). Since Oberg was set to retire at that point, Whitehurst in one of those famously bureaucratic ways ever-so-politely told him to shut up.

The student lending industry profited enormously from Whitehurst's refusal to implement Oberg's plans to cut of these subsidies to them. That's right. With Bush in office and his minions pushing the American people to embrace a war against Iraq, this industry of $85 billion dollars went unchecked.

The dustbin has caused me to sneeze too much, so this will be continued soon . . .

Posted by Cryn Johannsen at 6:19 PM

GREAT ARTICLE, I WISH WE HAD MORE PEOPLE LIKE YOU NOT ONLY EXPOSING THESE CORRUPT INDIVIDUALS AND THIS SYSTEM BUT GET THE EXPOSURE. IM A SENIOR AT GEORGIA STATE AND I ALWAYS WONDERED HOW EVERY YEAR SCHOOLS ALWAYS COMPLAIN ABOUT BEING BROKE,BUT COLLEGES AND CHURCHES ARE THE ONLY 501 C 3 STATUS EXEMPT FROM PAYING TAXES.YET AS A STUDENT TUITION GOES UP EVERY YEAR. WITH YOUR STORY AND ALSO ROBERT APPLEBAUM REPORTING THIS IMPORTANT INFORMATION WHICH IS THE TRUTH, WHY ISNT THIS GIVEN ANY DAYLIGHT!!! KEEP WRITING TRUTH OUR VOICES WILL BE HEARD SOONER THAN LATER!!!

when you brought in gatsby,

bravo i thoughrouly enjoyed it.

I think you meant allusion, not illusion. Otherwise, keep on kickin' tush.

I did mean Allusion, and thanks for pointing out the error. Whoops.

It's fixed now. I'm fanatical when it comes to errors like that, but I want to get these stories out, so I missed it.

Next ones that are coming about the College Board ARE BIG. Spread the word. Come back and read what I've found out about 'em!!!!!